You shall count for yourselves – from the morrow of the rest day, from the day when you bring the omer of the waving ... and you shall offer a new meal-offering to Hashem. From your dwelling places you shall bring bread that shall be waved, two loaves...

There are a number of unique elements here that are not found in other offerings: "the omer of the waving," "a new meal offering," "two loaves," and the command, "you shall count for yourselves." What is the message of the omer?

The sefer Gelilei Zahav explains that social nature and a national bond is something natural to every human society, in contrast to animals, where each individual cares only for itself and is willing to kill another to fulfill its personal needs. In human society, though, each person has a strong feeling to associate with his nation, and many times is even willing to give up his life for the nation's rights.

When Am Yisrael were in their land, this feeling was strong, and they would give their lives for the good of the nation and its land, more so than other nations, because this feeling among Jews, at its source, is spiritual and Divine. Chazal say that regarding Esav it says, "the souls (nafshot – pl.) of his household," whereas about Israel it says, "seventy soul (nefesh – sing.)." Israel, who serve one G-d, is one soul; the other nations, since they worship many gods, are many souls. However, from the time we were exiled from our land, the nationalistic feeling has been weakened, and everyone concerns himself only with himself and his family. Therefore, Chazal say on the pasuk, "Curse Meroz ... for they failed to come to aid [the nation of] Hashem" (Shoftim 5:23), that one who helps Israel is like one who helps Hashem. In contrast, one who is affected with the trait of self-centeredness, even if he is involved in the service of Hashem, but his intention is only for himself – it is like he is worshiping idols.

This is Chazal's intention that they did not heed Moshe to abandon their idolatry; they were steeped in the trait of self-centeredness, and did not want to throw away the idol of self-centeredness. This is what Yechezkel complained about, that, to this day, "No man of them cast away the detestable [idols] of their eyes, and they did not forsake the idols of Egypt." They repeated the sin that they did in Egypt, and did not succeed in understanding the importance of the community. Chazal say: "The son of David (i.e., Mashiach) will not come until the prutah (lit., penny) is gone from the pocket" – until the pratiut (individualism) is gone from the pocket of the heart.

The idea of sefirat ha'omer is to correct his fault. Therefore it says, "Count for yourselves," i.e., for that negative trait which is "for yourselves," your self-centeredness. You should take the barley, animal food, which cares only about itself, and wave it and rise from this low trait. Then bring a new meal-offering, which comes from wheat, human food, which has social feeling, and is concerned not only for himself. Therefore, two breads are brought, one for him and one for his friend, after correcting the seven traits, when each trait blends with the others, forty-nine in all. In this way, man rises from low depths to great heights, from the trait of an individual animal to the trait of a social person, and brings a new meal-offering, since he is made a new person. 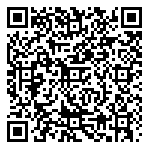