The Qualities of a Public Leader

The qualities of the ideal public leader can be derived from our parsha: "See I have called by the name Bezalel son of Uri, son of Chur, of the tribe of Yehuda. I have filled him with a G-dly spirit, with wisdom, insight, and knowledge, and with every craft." (Shemot 31:2-3)

A leader should not be appointed over the community without consulting the community [first], as it says: "See Hashem has proclaimed by name, Bezalel."

Hashem said to Moshe: "Moshe, do you consider Bezalel worthy?"

He replied: "Master of the Universe, if he is worthy before You, then certainly before me!"

[G-d] said to him: "Nevertheless, go and ask Am Yisrael."

[Moshe] went and asked them: "Do you consider Bezalel worthy?"

They said to him: "If he is worthy before Hashem and before you, then certainly before us!"

Why does a public leader need to be worthy also before Moshe and the nation if he is already worthy before Hashem? Rav Kook zt"l explains in Ein Ayah that a community leader should possess three virtues.

·          The first: Inner virtues and character, the most important being purity of the heart and holiness of deed. This virtue is revealed to Hashem alone, who examines the innermost thoughts and feelings.

·          The second: Wisdom and talent, so that he can lead his actions wisely. This is something that people can also recognize, but only a select few can evaluate the wisdom and virtue of the leader.

·          The third: Public relations and a connection with the people, so that he will be accepted by them because of his outward appearance and charisma. This is something that the public decides.

This is the meaning of the Gemara, "If he is worthy before you, then certainly before me!" Hashem examines the innermost thoughts and feelings. He knew that Bezalel possessed inner virtues and values, was a G-d fearing person, possessed purity of heart, and calculated his actions honestly. This is the basis for appointing a public leader. However, Moshe Rabbeinu's opinion was also required, because he had the ability to realize Bezalel's wisdom and talent, that he is indeed worthy of leading the public skillfully. Not everyone can notice these things, only a select few like Moshe Rabbeinu. This is the meaning of, "Do you consider Bezalel worthy?" But even these virtues are not enough. The nation's consent is required; the leader needs to be liked by the people both in terms of his outward appearance and also regarding his mannerisms and public relations. Therefore, Hashem tells Moshe that even though he considers him worthy, "Go and ask Am Israel" - so that also as far as the public is concerned, they accept him as a leader.

This will be the way for future generations, to know that the best way to choose a community leader is for the virtues of justice, wisdom and grace to follow this order one after the other. This order is binding, and it is forbidden to change from this order. First he must be a G-d fearing person possessing many virtues, and only then wisdom and talent, and finally outward appearance and proper speech before the public.

Nowadays, though, when a leader is being elected, we do not have Hashem's testimony on the purity of his values and the holiness of his soul. However, a good reputation and well-known justness and talent are something that can still be relied upon, since they are basic things for appointing a leader over the community.

Today, when choosing public leaders, there is an unfortunate tendency to put an emphasis on the third virtue, which is the appearance of the leader and his charisma. The second virtue may also lie within him, and he possesses wisdom and a talent for leadership. It is not enough, though, as the first and most important virtue is missing – purity of values and holiness of deeds. They are the basis for the other virtues. Therefore, it is no wonder that corruption is frequently uncovered among publicly elected leaders, since the most basic virtue of leadership is missing – the one that depends on purity of heart and holiness of deed. G-d willing, we will merit to witness leadership that will follow the example of Bezalel, about whom the Torah writes: "See, Hashem has proclaimed by name ... He filled him with G-dly spirit, with wisdom, insight, and knowledge, and with every craft." (Shemot 35:30-31) 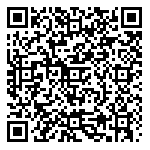