Haftorah: "You Turned their Heart Back"

This week's Haftorah describes the contest between Eliyahu and the prophets of the Baal for the hearts of the nation, who were wavering as to the true G-d. Eliyahu suggests building an altar, upon which they would place a bull, "and whichever G-d responds with fire, He is the [true] G-d." (Melachim I 18:24) Of course, the prophets of the Baal were unsuccessful, since "the Baal was sleeping," and then Eliyahu prays to G-d and asks: "Answer me, Hashem, answer me! And let this people know that You, Hashem, are the G-d; You turned their heart back." (18:37)

Does Eliyahu "blame" G-d, as it were, for the nation's lack of belief?!

This seems to be the implication of the Gemara in Brachot (31a):

R. Elazar said: Eliyahu spoke strongly towards heaven, as it says, "and You turned their heart back." R. Shmuel b. R. Yitzchak said: How do we know that in the end G-d admitted to Eliyahu? Since it says, "Whomever I have made bad." (Micha 4:6)

Rashi explains: "Whomever I have made bad. I caused them, since I created the yetzer hara."The Rashba, cited in Ein Yaakov explains: "by giving them an overabundance of good."

Rashi, as well, explains in Melachim: "You gave them room to stray from You, and it is in Your ability to turn their heart to You."

The Radak has difficulty accepting this explanation:

This interpretation should not be relied upon, since free choice is given to people, as it says, "See, I have placed before you today the life and the good, and the death and the evil" – and man chooses what he wants. Our Sages also said: "Everything is in the hands of Heaven except for the fear of G-d."

Rather, the Radak explains Eliyahu's words based on the famous principle of the Rambam regarding the pasuk, "G-d strengthened Pharaoh's heart." There, as well, it seems that free choice was revoked from Pharaoh (Hil. Teshuva 6:3):

It is possible that a person might commit a great sin or many sins, so that justice requires before the true Judge that the punishment for this sin should be ... that Teshuva be withheld from him and he is not left to repent from his sin...So, too, Israel in the days of Eliyahu, since they sinned a lot, He withheld Teshuva from those who sinned a lot, as it says, "and You turned their heart back," i.e., You withheld Teshuva from them.

According to this explanation Eliyahu was asking G-d to retract the punishment of Am Yisrael, to do a miracle that He should open their eyes and heart to return to G-d with full repentance, as we pray, "Return us with a full repentance before You."

The Targum explains in a similar manner, "You, in your love of them, make Yourself available to them to bring them back to Your fear, even though they turned their heart back from You." Similarly, in R. Saadia Gaon: "Their heart, which was turned back, turn around to You from now on." And in the Metzudot, "Turned. [This is a] past instead of a future. I.e., through this miracle You will turn their heart around to you."

The Yerushalmi (Sanhedrin 10:1) and Bamidbar Rabbah (18:10) provide another explanation: "Answer me, G-d, answer me!" And if You don't answer me I will say that You turned their heart back." The Midrash mentions other prophets who used this approach to ask G-d for a miracle to prove His existence. Foremost is Moshe Rabbeinu, who said in Parshat Korach, "If these [people] die like the death of all men, and the destiny of all men is visited upon them – Hashem has not sent me." (Bamidbar 16:29) Rashi, here in Melachim, emphasizes, "I will also deny and say, 'G-d did not sent me to speak the Torah and the mitzvot.'" The Ralbag comments here that, indeed, if G-d would not perform a miracle – the people cannot be accused, since sometimes the Baal does perform miracles, and the people don't understand that G-d gave power to the Baal in order to test them. In other words, G-d's concealment in the world is too great, so that in order to "balance" the tendency towards idolatry there is an occasional need for revealed miracles, which testify to the existence of G-d.

We find the same idea, in the opposite direction, regarding G-d's hardening of Pharaoh's heart. Some explain that this hardening comes in order to balance the miraculous revelation of the ten plagues, which tipped the scales sharply to belief in G-d, so that it was almost impossible not to believe. So that Pharaoh should have free choice, there is a need to harden his heart.

Da'at Mikra cites a novel and interesting explanation in the name of R. E.M. Piorka. He suggests that the phrase, "You turned their heart back," was not said at all to G-d. It was said to Achav, as Eliyahu said to him earlier, "Not I have troubled Israel, rather you and your father's house." (18:18) Only the beginning of the pasuk was said to G-d, "Answer me, Hashem, answer me! And let this people know that You, Hashem, are G-d." Indeed, after Hashem performed the requested miracle, everyone saw the falsehood of the Baal, and acknowledged, "Hashem – He is the G-d." (18:39) 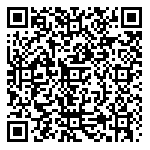