The Midrash writes (Shemot Rabbah, ch. 45) that when Hashem spoke to Moshe about returning to the camp, Moshe said: "I am not going back." Hashem replied to him: "If you don't return, there is still Yehoshua; know that he is in the tent." [He will replace you as a leader over them and he won't depart from it.] – Who caused Moshe to return to the camp? Yehoshua, his servant.

Chazal learned from here that even when Am Yisrael sins and worships idols, the righteous do not have permission to abandon the camp in order to create a separate faction. This is even if it will be completely pure, totally comprised of honest and righteous people.

Am Yisrael is comprised of a congregation. "Tzibur" (congregation) is homiletically interpreted as the acronym for Tzadikim, Beinonim and Reshaim (righteous, average and wicked). They are like the four species that also include the arava, which does not have any taste or smell. Chazal also write (Keritot 10b) that any fast that does not include sinful Jews is not a fast. They learn this from the ingredients of the incense, which includes Chelbna that smells bad, yet if it or any of the other ingredients is left out – the penalty is death.

The Chazon Ish writes (Yoreh Deah 12:16) that today all the halachot of "eliminating" sinners do not apply. He writes: "Our entire purpose is to correct, and this law does not apply when it will not correct. We need to draw them back with bonds of love, and to place them in a ray of light, to the extent of our ability."

There were some Torah scholars in the generation of the Netziv of Volozhin who raised the idea of separating from the sinners in order to create separate Torah-observant communities. The Netziv sharply criticized this idea (Meshiv Davar, I:64):

The writers instructed and advised to take guard from this generation and separate totally from each other, like Avraham separated from Lot. With all due regard to the writers, this advice is as difficult as swords to the body of the nation and its existence. For when we were in the Land and almost independent during the Second Temple, the land was darkened and the Temple destroyed because of the dispute of the Perushim with the Tzedokim, and needless hatred caused much bloodshed.

The Netziv expands on this subject a few times in his commentary on the Torah. He writes in his introduction to Bereishit about the hatred that existed during the time of the Second Temple:

"[Hashem] is just and upright." The praise of upright is written to justify Hashem's judgment during the destruction of the Second Temple, when there was a stubborn and wily generation. We explained that they were righteous and pious and labored in Torah, but were not honest in their conduct. Therefore, because of the needless hatred in their hearts toward one another, they suspected everyone they saw who did not act according to their definition of fear of G-d – that he is a Tzedoki and an apikores. Through this they came to bloodshed in the extreme, and to all the evils of the world, until the Temple was destroyed.

There was tziduk hadin about this, because G-d is upright and doesn't tolerate these kind of righteous people, only those who are upright also in their ways of life and not corrupt, even though it be for the sake of heaven, because this causes the destruction of Creation and the ruin of the settlement.

To say that there is an established view that sinners who say that Am Yisrael is one nation and that that they need to maintain the national character as a special and unified nation, even though they err in many things because of the darkness of the Diaspora – to decide that they are not part of Klal Yisrael, and that the nation includes only the good and righteous – this is the path of heresy, as the simple understanding of the Mishna according to the commentaries of Rashi and Tosafot, and it is a wrong opinion that is forbidden to enter Am Yisrael according to all views.

Rav Kook is referring to the Mishna in Megillah 25a: "One who says 'The good shall bless You' – this is a form of heresy." Rashi explains there, because he does not include the wicked in Hashem's praise, whereas Chazal learned otherwise from the chelbna that has a bad smell and yet the Torah included it among the ingredients of the incense. Tosfot similarly explains that it is because he excludes the wicked from Klal Yisrael. 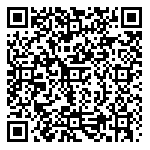