The census of "machatzit hashekel" (half-shekel) defines the essence of the Jewish people in their relationship to Hashem as well as in their relationship amongst themselves. Kneset Yisrael (the Congregation of Israel) is not a conglomeration of many distinct elements that join to become one nation, but is one personality that is split into many individuals. This is the meaning of "Kneset Yisrael:" a multi-generational gathering of all the souls of Israel -- those that are alive today, and those that are not. The Ba'al Hatanya accurately defines Kneset Yisrael as "one soul that is present in many separate bodies." This idea is expressed in the Torah's account of the census.

Generally, when one counts individual units and adds them to form a sum, the sum is mentioned after the counting. On the other hand, when one takes a whole entity and divides it into parts, the generalized total is listed first, and subsequently the parts are listed. The census of Yisrael is called "nesiut rosh - raising the head" because the sum of Bnei Yisrael is not the summation of its individuals, but a breakdown of its wholeness. "Ki tisa et rosh Bnei Yisrael - When you count the head of Bnei Yisrael," from the "klal" (general) to the "prat" (specific).

Man in relation to his fellow man is called "rei'a," as in "V'ahavta lerei'acha kamocha - Love your fellow as yourself." (Vayikra 19:18) Hashem is also referred to as the "rei'a" of Yisrael, as it says, "Rei'acha verei'a avicha al ta'azov - Do not forsake your Friend and the Friend of your father" (Mishlei 27:10), which Chazal interpret as referring to G-d. We also find that a woman is called "rai'ya" in relation to her husband, as commonly found in Shir Hashirim. This word, "rei'a," comes from the same root as the word "teruah," the partial, broken-wailing sound that comes from the shofar. Any wholeness which is divided into two is named on account of its breaking and partialness.

A Jew by himself is not complete, but rather is a "rei'a," one limb of the whole of Bnei Yisrael. Similarly, a wife is part of the completeness of man, so she is called a "rai'ya." Yisrael and Hashem are considered one. Therefore, Hashem is called "rei'a" in relation to Yisrael, and Yisrael is called "ra'yati" -- "Open to Me, My sister, My friend." (Shir Hashirim 5:2) For this reason, the Chassidic commentators explain that each person in Kneset Yisrael gave only a half-shekel for the census, to showing that each is only a part of the whole, and is only complete through his connection with the Klal. In the same way, the Sanhedrin sits in a semicircle, since Kneset Yisrael is only half of a whole, and Hashem completes it, as it says, "G-d stands in the assembly of judges." (Tehillim 82:1)

This idea is also expressed in the composition of the ketoret (incense), which follows shortly after the counting of Bnei Yisrael in the parsha. Among the eleven spices necessary for the ketoret was "chelbna" (galbanum), a spice with a foul smell. Chazal comment on this in Keritut (6b), "Any fast which does not include sinners is not a fast, since the chelbna has a bad smell, and, nonetheless, the Torah counted it among the ingredients of the ketoret." The superficial meaning of this statement is that sinners are to be joined bedieved (de facto) to the klal, and are to be accepted. However, the language of Chazal, "Any fast ... is not a fast," indicates a stronger meaning. When part of the klal is missing, it is as if nobody fasted at all, since part of the klal is missing.

The Meshech Chochma (on the Haftorah of Parshat Devarim) deduces from here that when something that is lacking in quality is mixed into the klal it gets improved, and thus enhances the sweet fragrance of the other ingredients. Therefore, when Bnei Yisrael separate, Yeshayahu rebukes them, "Bring your worthless meal-offering no longer, it is a ketoret of abomination to Me ... I cannot bear falsehood with solemn assembly." (Yeshaya 1:13) When the assembly and gathering is based on falsehood and wickedness, it is not a valid combination of Klal Yisrael, and therefore the deficiencies stand out. The unpleasant smell of the chelbna, which is now by itself, is felt, turning the ketoret into an abomination. Only when there is true unity in Yisrael can the chelbna be combined with the rest of the ingredients, and only then can the ketoret be brought before Hashem.

"You caused a grapevine to journey out of Egypt." (Tehillim 80:9) The Gemara states (Chulin 92a):

Resh Lakish says, "Yisrael is compared to a grapevine. Its clusters represent the scholars, and its leaves represent the ignorant" ... A message was sent from [Eretz Yisrael], "The clusters should pray for the leaves, because without the leaves, there can be no clusters."

Although the scholars are at the head of the nation, they must respect the work of those less knowledgeable, because Yisrael is one organism. When one limb is missing, the head is also affected. 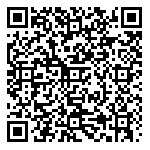