The Mitzvah of Shabbat

1. Twice in Sefer Shemot the Torah includes the mitzvah of Shabbat along with the festivals: in Parshat Ki Tisa, following the sin of the golden calf, and in Parshat Mishpatim. However, the order in which these mitzvot are written in the two places is different. In Parshat Mishpatim, Shabbat is mentioned before the other festivals, which is the logical order, since it is the first holy day. However, in Parshat Ki Tisa, Shabbat is written in the midst of the festivals, after the holiday of Pesach. (See Ramban as to the connection between Pesach and Shabbat.) The reason that the portion of the festivals is repeated, as the Ramban writes, is to teach that even though Israel sinned meanwhile with the sin of the golden calf, they are still worthy to see the Divine Presence and to appear before Him. We are to conclude that this sin is also the cause for the change in the order in which the Torah writes the mitzvot of Shabbat and the festivals. This requires explanation.

2. There are a number of differences between the commandment of Shabbat in Parshat Yitro and the one in Parshat Va'etchanan. The main difference is the reason given for Shabbat. In the commandment written in Parshat Yitro the reason is to remember the Creation: "For in six days Hashem made the heavens and the earth, the sea and all that is in them, and He rested on the seventh day." (Shemot 20:11) However, the reason given in Parshat Va'etchanan is to remember the Exodus from Egypt: "You shall remember that you were a slave in the land of Egypt, and Hashem, your G-d, has taken you out from there with a strong hand and an outstretched arm; therefore Hashem, your G-d, has commanded you to make the Shabbat day." (Devarim 5:15)

The "Pachad Yitzchak" (Pesach #25) explains the Maharal in great depth, and further explains that the very same relationship between Mishneh Torah and the other Chumashim exists between the first and second Luchot. It says about the first Luchot, "The Tablets were G-d's handiwork" -- even the Tablets themselves were the work of G-d, the Giver of the Torah. Not so the second Luchot, about which it says, "Carve for yourself two stone Tablets" -- the Tablets themselves were made by Moshe, so that the receiver had a greater share in them. Therefore, the second Tablets, which indicate the share of the receiver, belong in Mishneh Torah, whereas the first Luchot belong in Parshat Yitro in Sefer Shemot.

With this principle the Maharal explains the difference in the reason for the commandment of Shabbat. In Parshat Yitro, the reason is given from the perspective of the Giver of the Torah, because even G-d rested on the seventh day from all of his labor, "For in six days Hashem made the heavens and the earth ... and He rested on the seventh day." However, in Mishneh Torah the reason is given why specifically we should observe Shabbat. Why does the Jewish nation in particular need to testify about the existence of the Creator? For this comes the reason from the perspective of the receiver, "You shall remember that you were a slave in the land of Egypt, and Hashem, your G-d, has taken you out from there ... Therefore Hashem, your G-d, has commanded you to make the Shabbat day." We, the nation that G-d chose amongst all the nations -- Who took us out of Egypt and did for us all the miracles -- we are the nation that needs to testify about the existence of Hashem. "You are My witnesses -- the word of Hashem -- and I am G-d." (Yeshaya 43:12) This reason is fitting for Mishneh Torah, which reflects the perspective of the receiver of the Torah. (Compare Meshech Chochma to Parshat Va'etchanan.)

3. The Shabbat davening has a unique element compared to the weekday and holiday prayers. Whereas in the daily and holiday prayers there is no difference in the text of the amida -- the morning prayer is the same as the afternoon and evening prayers -- on Shabbat the Sages varied the text of the prayers. The evening prayer is not the same as the morning, and the afternoon prayer is different from both of them. In the evening we say, "Ata kidashta;" in the morning, "Yismach Moshe;" and in Mincha, "Ata echad veshimcha echad." The Tur writes about this (O.C. 292):

However, the Shacharit prayer was established corresponding to Matan Torah, as the Tur writes. This is the reason given in the second Luchot why we, in particular, merited the mitzvah of Shabbat -- "Hashem, your G-d, has taken you out from there [Egypt] with a strong hand ... Therefore Hashem, your G-d, has commanded you to make the Shabbat day." Thus, we say in the morning prayer, "Let Moshe be happy with the gift of his portion, for You called him a faithful servant ... You did not give it [the Shabbat], Hashem our G-d, to the nations of the lands, nor did you inherit it, our King, to the idol worshipers ... Rather, to Israel, Your nation, You gave it with love, to the descendents of Yaakov, whom You chose."

4. The exists another difference between the three prayers of Shabbat, near the conclusion of the bracha. In Arvit the established text is "veyanuchu ba," in Shacharit "veyanuchu bo," and in Mincha, "veyanuchu bam." The GR"A explains (quoted in Siddur HaGra) that the words "bo" and "bam" (whose combined gematriya equals fifty) alludes to the idea of Yovel, which is in the fiftieth year, and "ba" (whose gematriya equals seven) corresponds to the Shemitta, as it says in Parshat Behar, "The seventh year shall be a complete rest for the land, a Shabbat for Hashem."

His comment can be understand based on the Meshech Chochma in Parshat Behar, who quotes the statement of the Torat Kohanim: "Just as it says regarding the Shabbat, 'a Shabbat to Hashem,' so too it says regarding the seventh year, 'a Shabbat to Hashem.'" He explains the comparison between Shabbat and Shemitta (see Ramban there) as follows: The sanctity of Shabbat differs from the sanctity of Yom Tov, as the sanctity of Shabbat is fixed by G-d, while the sanctity of the festivals depends on Israel. (See Beitza 17 regarding the blessing, "mekadesh Yisrael vehazmanim" -- that He sanctified Israel who sanctify the times, in contrast to "mekadesh haShabbat," that Hashem sanctifies the Shabbat.) In the same way, the sanctity of the Yovel is dependent on Israel, so that if they do not blow the shofar and do not send the slaves home the Yovel does not take effect and it is permissible to plow and plant. (Rosh Hashana 9b) However, shemitta is different, in that it is inherently holy, the decree of the King, and is not dependent on Israel -- therefore it says about the Shemitta year, "a Shabbat to Hashem." (See the Meshech Chochma there.)

Thus, the conclusion, "veyanuchu ba," which corresponds to Divinely motivated sanctity of the Shemitta year, is appropriate for the text of the evening prayer, "Ata kidashta," which is based on the reason for Shabbat from the perspective of G-d -- the reason mentioned in the first Luchot. The ending in the morning prayer, "veyanuchu bo," which corresponds to the year of yovel, whose sanctity flows from Israel, fits the text, "Let Moshe be happy ... You did not give it to the nations of the world ... but rather to the descendents of Yaakov, whom You chose," which talks about the worth and sanctity of Israel -- the reason that appears in the second Luchot.

5. We can now understand the difference between the order of the mitzvot, as found in Parshat Mishpatim, to that which is said in our parsha, Ki Tisa. Parshat Mishpatim, which was said before the sin of the golden calf, fits the first Luchot, in which the reason is given from G-d's perspective. The portion about the festivals begins with the mitzvah of shemitta, which reflects sanctity from above, and follows it with the mitzvah of Shabbat based on the reason of Shabbat of Creation, "You sanctified the seventh day." The portion in Parshat Ki Tisa, however, comes after the sin of the golden calf, because of which Moshe brought down the second Luchot in which the commandment of Shabbat is expressed from the perspective of the receivers of the Torah -- in commemoration of Yetziat Mitzrayim. For this same reason the mitzvah of Shabbat is brought following the mitzvah of Pesach, as it says in the second Luchot: "You shall remember that you were a slave in the land of Egypt ... Therefore, Hashem, your G-d, has commanded you to make the Shabbat day." 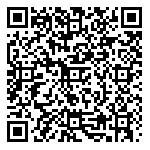