One who Wants to be Virtuous...

The Gemara in Masechet Bava Kama 34a states:

Rav Yehuda said: One who wants to be virtuous, let him uphold the laws of damages. Rava said: the teachings of Avot. Some say: the laws of brachot.

The Slonimer Rebbe, author of "Netivot Shalom," asks: Just because a person pays the damages of his ox or pit, he should be called a virtuous person? This is required legally!

He explains based on the Maharal in Derech Hachaim, on the Mishna: "The world stands on three things: On Torah, on [sacrificial] service, and on gemilut chasading." (Avot 1:2) The Maharal explains that these three elements perfect a person in all ways. Torah perfects the person himself, as a person without Torah is "as a wild ass." (Iyov 11:12) Sacrificial service perfects a person in his relationship with G-d. Chesed perfects a person is his relationship with others.

A virtuous person, according to the definition of the Mesillat Yesharim (ch. 18), is one about whom Chazal said, "Fortunate is one whose toil is in Torah and brings satisfaction to his Creator." (Berachot 17b) He intends to do in everything what is right and good in the eyes of Hashem. He does not suffice with doing only what is incumbent upon him, but rather he adds in all ways to uphold, "Do what is right and good," to do whatever he thinks is G-d's will.

Therefore, he upholds the laws of blessings, since he thereby acknowledges that each and every pleasure comes to him from G-d, and thus perfects his relationship with his Creator. He also upholds the teachings of Avot, whereby he perfects his character, and thus perfects himself. He also upholds the laws of damages, not only paying if he damages, but also taking care not to cause any damage. For example, the Gemara states earlier, that the early righteous ones would bury their thorns and broken glass a foot deep in their fields so that people could not be injured on their account.

Perhaps we can add what the Mesillat Yesharim writes (ch. 19) in explaining the parts of chasidut. He establishes that chasidut is built on three parts: action, the manner of doing, and intention.

1.      Action - whether between man and G-d or man and his friend, a person should attempt to fulfill every mitzvah meticulously. These are the "fine points of the mitzvah," about which Chazal say, "The fine points of a mitzvah prevent punishment." (Succah 38b) He should also attempt to do good for his friend and to please him. These goals are certainly achieved through fulfilling the teachings of Avot, which perfect the person, and also through fulfilling the laws of damages, as already explained.

2.      The manner of doing - with love and fear. Love of Hashem is achieved through saying blessings with intention and thereby clinging to the love of G-d, who cares for all of his needs - clothing and ability of movement, and provides him with water, food and all his material and spiritual needs, and even gave us His holy Torah. On the other hand, fear of G-d is also achieved through saying blessings, when a person "suddenly" discovers that he is worthless without G-d's help in all that he does.

3.      Intention - to intend in all of his service that he should increase G-d's glory. This will be accomplished through the redemption of Israel and the building of the Temple, which will return the glory of Heaven to its height. He also should seek the good of the generation, and to advocate on behalf of the entire generation.

All this is achieved, of course, through the teachings of Avot. It also achieved through the laws of brachot, since in each blessing we begin in second person: "Blessed are you, Hashem," and we continue in third person: "who creates" - and not "that you created;" who sanctified us with his mitzvot and commanded us" - and not, "that you sanctified us with your mitzvot and commanded us." This switch is because the blessing begins with acknowledgment for what is before us - such as the fruit that we want to eat, in which we see G-d's handiwork and His Providence. We thereby raise the Divine influence to its source, and cause a new influence come down from Heaven, and therefore we conclude in third person (Based on the Leshem shevo v'achlama.)

Thus, though blessings we sense unity with all of the other creatures that benefit from the Divine influence, and we are even more worthy of asking to raise the honor of Israel, which will cause to raise G-d's glory. May we merit this speedily in our days, Amen. 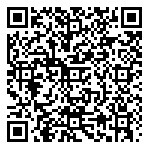