Submission to G-d's Will – a Prerequisite for Receiving the Torah

"And now, if you hearken well to Me and observe My covenant, you shall be to Me the most beloved treasure of all peoples, for Mine is the entire world." (Shemot 19:5) The phrase, "observe My covenant," implies the observance of the 613 mitzvot, as the Midrash teaches: "and observe My covenant – This includes all of the Torah, as it says, 'He took the Book of the Covenant.' (24:7)" Thus, the question can be asked, what is the meaning of the introduction, "if you hearken well to Me?" Why is there a need for a prior commitment to accept all of the Torah, if anyway this is followed by a command to observe the 613 mitzvot?

In Masechet Nedarim (32a) it says: "R. Avahu said in the name of R. Elazar: Why was Avraham Avinu punished, and his children were subjugated in Egypt for 210 years? Because he drafted talmidei chachamim, as it says, 'He armed his disciples who had been born in his house.' (Bereishit 14:14)" As we know, G-d repays in kind, so how does the subjugation in Egypt serve to correct what Avraham Avinu did in enlisting the talmidei chachamim?

We can suggest the following explanation. (Of course, we must first point out that we are obviously not worthy of explaining the actions of the holy patriarchs. Only after Chazal teach that the draft of the talmidei chachamim was something negative, we must try to understand the lesson.) The disruption of the Beit Midrash that was caused by the war between Avraham Avinu and the four kings – even though it was for the purpose of saving captives, and even though it was a war in which G-d performed great miracles for Avraham – still, there was a slight element of removing the yoke of Torah, since the war could have been fought by other people, without disrupting Torah in the only Beit Midrash of that period.

Since the actions of the patriarchs are symbols for their children, this slight deviation in the acceptance of the yoke of Torah had to be corrected before Matan Torah, since a complete acceptance of the Torah is dependent on submission to the will of G-d and the absolute acceptance of His yoke. Therefore, it was decreed that our ancestors should go down to Egypt and be subjugated there, so that they would become accustomed to submit their will absolutely, the submission of a slave to his master. Only after this trait became one of the character traits of Bnei Yisrael were they prepared to receive the Torah: "When you take the people out of Egypt, you will serve G-d on this mountain. (Shemot 3:12) [A slight proof to this can be found in Masechet Shabbat 54b: "A calf may not go out [on Shabbat] wearing a gimon. What is a gimon? Rav Huna said: a bar nira." Rashi explains: "A small yoke that is put on the neck of a calf so that he will be accustomed to bend its neck when it grows older."] There is great importance to accepting the yoke of servitude, since one who succeeds in feeling himself as a servant of Hashem does not sin easily, as Rabbeinu Yona writes in Sha'arei Teshuva (1:6): "If a slave says to his master, 'Everything that you tell me I will do, except one thing' – he already broke the yoke of his master from him, and does [only] what is fitting in his eyes."

Based on this we can understand why G-d's command about the 613 mitzvot is prefaced with the phrase, "and now, if you hearken well to me." Here, a prior commitment was demanded of Israel to observe the mitzvot in their entirety. Indeed, through saying, "We will do" before "We will hear," they proved that they achieved this quality which is a necessary prerequisite for receiving the Torah.

However, after all this, the question becomes even stronger, why was it necessary to turn the mountain over them like a barrel – they already accepted upon themselves the yoke of G-d's reign? We can explain this based on the Ramban on Masechet Shabbat (153b), who deals with the distinction between one who plows with an animal on Shabbat, and one who is mechamer after his animal. (I.e., there is an animal standing in a private domain, and a person shouts at it, and because of his shout the animal walks and carries its load into a public domain. The halacha is that it is prohibited to do this on Shabbat. However, the person who does this, who shouts at the animal, is not culpable of stoning as one who plows with an animal.) The Ramban writes:

Since one who plows with an animal places a yoke upon it and subdues it under his hand, and it stands in his control – the entire act of melacha is attributed to the person; it is dependent upon him, and the animal is merely as a tool in the hands of an artisan. This is not comparable to mechamer, where the animal walks of its own will, just that there is a little stimulation from the one who is mechamer.

In other words, in mechamer, although the animal does the will of its owner, it is not completely subdued to him. Rather, its action flows from a combination of its own will with a push from the person. Not so with plowing! There the animal is completely subject to the person, and all of its actions flow from the act and the will of the person. This is why "He turned the mountain over them as a barrel," so that the servitude should be absolute – that even the entrance to the yoke of Torah and mitzvot would not be with the slave's will, but rather on account of the Master's rule over him.

Through this, Israel merited absolute submission, which enabled them to receive the Torah in a complete manner! 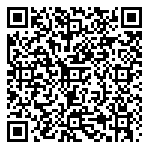