I have Surely Remembered

To properly understand the process of redemption from Egypt, we should examine the statement of the Midrash on the pasuk: "Go and gather the elders of Israel and say to them, 'Hashem, the G-d of your forefathers, has appeared to me, the G-d of Avraham, Yitzchak, and Yaakov, saying, "I have surely remembered (pakod pakadti) you and what is done to you in Egypt.'" (Shemot 3:16) Chazal comment on this (Shemot Rabbah 3:11):

What does it mean, "pakod pakadti?" Pakod – in Egypt; pakadti – at the [Red] Sea. Pakod – in the future; pakadti – in the past. Immediately, "They will heed your voice." Why? Because there is a tradition of redemption that any redeemer who comes and says a double [phrase of] pekida – he is a true redeemer.

What is that sign of "pakod pakadti," and how is this proof that he is the true redeemer?

Furthermore, pakod implies the future, whereas pakadti is a past tense. If so, how can pakod mean in Egypt and pakadti at the Sea – since the Sea is the future! The redemption at the Sea came after the redemption from Egypt, so how can a past tense be used? In addition, why is the word pekida used and not zechira?

Rav Kook zt"l, in his work, Midbar Shur, explains that the word pekida is similar to the phrase, "dam mifkad pakid" (Ketubot 7b), i.e., blood that is gathered and enclosed in its place. Similarly, the redemption of Am Yisrael from Egypt was set aside for Am Yisrael even before the subjugation; this redemption is not in their merit, but in the merit of their patriarchs, Avraham, Yitzchak and Yaakov. Therefore, the word pekida is used and not the word zechira. This is what G-d says to Moshe: "Go and gather ... say to them, 'Hashem, the G-d of Avraham, Yitzchak, and Yaakov,'" – your redemption is in the merit of the patriarchs, and it is waiting yet from the time of the brit bein habetarim.

Therefore, this spiritual redemption is alluded to with the past tense, pakadti, since this redemption was already prepared for them in the merit of their ancestors, Avraham, Yitzchak, and Yaakov.

With this idea we also understand G-d's answer to Moshe, who claimed, "But they will no believe me and will not listen to my voice." (Shemot 4:1) Why was Moshe concerned that they would not believe him? Moshe claimed that Am Yisrael is not ready for redemption, since they are sunken in the forty-nine gates of defilement, and that he does not have the ability to prepare the nation for spiritual redemption. Therefore, Moshe says, "Who am I" – I am not fit for this mission. If it is necessary to raise the nation in a gradual way from forty-nine levels of defilement until they reach the level of belief in Hashem – this is not my role, because Moshe Rabbeinu was lofty from the people; he is the power and root of Torah, and does not relate to this low level.

G-d says to him, "pakod pakadti." You do not need to prepare the nation for redemption. This redemption is set aside for them in the past by the patriarchs. There will be a revolution, in one fell swoop. They will rise in a miraculous manner and reach a level of spiritual redemption. G-d will create them into a new creation, as it says, "The newborn people will praise G-d." (Tehillim 102:19) There will be a new creation without a process, without step-by-step graduation. A spiritual revolution will occur in the people in a sudden manner, so you are appropriate for this redemption. 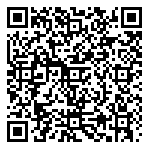