Belief as a Determinant of Redemption

"They did not heed Moshe, because of the shortness of breath and hard work." (Shemot 6:9) It is not clear what was supposed to happen had Bnei Yisrael heeded Moshe, since we do not find that they were commanded to take any particular action here!

Furthermore, why did the Torah see it necessary to provide Moshe and Aharon's lineage only in this parsha and not in the beginning of their mission?

"They did not heed Moshe." To contemplate all of this (G-d's message to them), so that they should rely on G-d's deliverance, and He would consider it for them as righteousness, as with Avraham. Thus, "I will give it (the Land) to you" was not fulfilled with them, but He gave it to their children.

Implied in his words is that had they heeded Moshe and believed – the promise would have been fulfilled with them in a better and more complete manner.

The Midrash similarly states: "All the miracles should have been done by him (Moshe), but because of this (that he refused the mission at first, and that he said, "Bnei Yisrael did not listen to me, etc.") – the Speech was directed to him and to Aharon.

Perhaps we can explain in the following manner. The Divine shefa is bestowed upon man according to his preparation and ability to receive it. Therefore, the more that a person contemplates and believes – he prepares himself to a revelation on a higher level. Had Bnei Yisrael believed with full conviction and with absolute trust in the redemption – they would have been worthy of such. However, since they did not believe, due to the lack of proper contemplation, they were not worthy of being redeemed in this manner, but rather in a lower manner (as will be explained later on).

The same is true regarding Moshe. Because he refused the mission at first and joined Aharon with him – he lost the right of priesthood, and in the end did not enter the Land. This is not as a punishment to Moshe, but rather a determination of the manner and degree of redemption. Moshe's prophecy was with aspaklaria me'ira (clear vision), so that everything that he did was perfect in a supernatural manner and endures for eternity, as Chazal teach that the nations did not rule over the Mishkan and its vessels (which were made by Moshe). So, too, had Moshe entered the Land and built the Temple it would not have been destroyed. However, just as Bnei Yisrael were not on this spiritual level, Moshe, also, through his hesitation, was not. This was reflected by the difficulty he had and by his lack of confidence in his ability to clarify G-d's message in a way that would be accepted by the people. This reached a peak at Mei Merivah: "Since you did not believe in Me to sanctify Me." (Bamidbar 20:12)

Similarly, at Matan Torah of the first Tablets, where Bnei Yisrael were worthy of receiving the Torah on a high level of prophecy – they were all present at Har Sinai and would learn and not forget. However, after the sin of the golden calf, they were not worthy of receiving the Torah in a direct manner, but rather only through Moshe, who received the Tablets and give them over the Bnei Yisrael. The entire way of learning Torah was now by transmission from Hashem to Moshe, who then taught it to Bnei Yisrael. Thus, Torah was now dependent on learning it, and people learn and forget, and it requires effort and toil to purify the corporeality of man in order to achieve perfection.

The same is true regarding the redemption. Had it been accomplished as was destined initially through the belief of all of Israel – the recognition of G-d would have been affixed in their heart, and they would all achieve a full redemption in their own merit and through their own abilities. However, after they lost this level, the nature of the redemption changed, and was accomplished by Moshe and Aharon, since only they belonged to this level, and Bnei Yisrael were secondary to them. Moshe, as well, does not lead the people to his level on his own, but rather through Aharon, with all of the ensuing implications.

As such, the command to Moshe and Aharon can be understood not only as a particular command, but as a general appointment, setting them up as the redeemers towards the nation and towards Pharaoh. For this reason, it is especially important here to provide the genealogy of Moshe and Aharon, who were made here the leaders of the nation and its redeemers. (This is indicated by Rashi, who explains the commands as a general direction about the leadership of Israel and the relationship to Pharaoh. See also the Sforno.)

We find that the final redemption is compared to the redemption from Egypt. In proportion to the depth of our belief, our reflection upon and adherence to the Torah – we will prepare ourselves to be worthy of the future revelation. 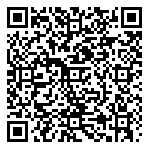