Towards the end of the First Temple period an event of worldwide significance occurred in the Middle East. The Egyptian empire collapsed and its world domination ended. World power passed on to the northern realms, beginning with Assyria and ending with Babylonia.[1] The victory of Nevuchadrezzar II, King of Babylonia, over Pharaoh Necho II in the battle of Carchemish 605 B.C. serves as the background for Yechezkel's prophesy in this week's Haftarah. "Thus, the Egypt's significant rule in the Eretz Yisrael and Syrian regions was ended" (Da'at Mikra, Yechezkel, pp. 225-226).[2]

Without a doubt, this event affected the entire world, and became the talk of the day. The reporters had a field day. Military experts, politicians, sociologists, psychologists, and economists analyzed, interpreted, explained and pontificated about the reasons that caused world power to pass on to the north. Everyone was trying to guess what the new world had in store for it after the revolution.

In this week's Haftarah, the prophet Yechezkel analyzes this huge global occurrence through the eyes of a man of faith. He observes everything that happens through the perspective of faith, knowing that "Everything Hashem made [he made] for His sake." (Mishlei 16:4) True, it is possible to analyze every single event and attempt to explain it on various scientific levels, but these are only natural explanations that are seen on the surface. The real force behind the scene is Divine Providence, which observes and guides history with a spiritual aim by causing upheavals and changes in the lives of individuals and societies: "Everyone who is called by My name and whom I have created for My glory, whom I have fashioned, even perfected." (Yeshaya 43:7)[3]

Regarding the great war that Ammon and Moav waged with Sichon, Chazal write: "Let Sichon come and take away the land from Moav, and then Yisrael may come and take it from Sichon. This, indeed, is what R. Papa said, 'Ammon and Moab were rendered permissible [to Israel] through Sichon.'" (Chullin 60b)

It seems that the only reason for the horrible war, in which Sichon defeated Ammon and Moab, was to allow Bnei Yisrael to inherit their land, because Israel was forbidden to wage war on its own. Did Sichon ever wonder, in the midst of all the victory celebrations, about the Divine purpose behind his victories?! The topic of this week's Haftarah is the Babylonian victory over Egypt and the end of the Egyptian world domination. This victory only came about so that Hashem could "settle accounts" spiritually with the two nations, because of the way they treated Am Yisrael. In the Haftarah Yechezkel addresses both sides of the coin, the Egyptian defeat and the Babylonian victory.

1.      The Egyptian defeat. The Egyptian defeat came about as a result of their pride, as was detailed in the article: "Haftorah: The Great 'Tanim' (Serpent)." Yechezkel however, chooses to add another reason which relates directly to Am Yisrael: "Then all the inhabitants of Egypt will know that I am Hashem, because they were a reed-like support for the House of Israel." (Yechezkel 29:6) The apparent power of Egypt swayed the mind and the heart of Bnei Yisrael from G-d. Instead of trusting in Hashem, the nation trusted the reed-like support of Egypt, and ignored the prophets' warnings.[5] Yechezkel specifically says that Egypt's punishment, to become a lowly kingdom, came about so that "they will no longer be a guarantor for the House of Israel, recalling their iniquity, when they looked to them [for help]; then they will know that I am Hashem." (29:16)

2.      The Babylonian victory. Nevuchadrezzar and his soldiers most likely accounted their victory to the Babylonian might. Military analysts of that period and historians would probably add that the weakness and decay of the older empire also contributed towards the victory. Yechezkel's grasp of the real reason is quite different: "Son of Man: Nevuchadrezzar, king of Babylonia, had pressed his army to perform a difficult labor against Tyre; every head was made bald and every shoulder peeled; and he and his army had no reward from Tyre for the labor that they had performed against her. Therefore, thus said the L-rd Hashem/Elokim: Behold I am giving the land of Egypt to Nevuchadrezzar, king of Babylonia." (Yechezkel 29:18-19)

Hashem's account with Tyre is detailed in chapter 26, and is connected to Tyre's difficult attitude towards Jerusalem. Hashem chose the Babylonians to take revenge on Tyre, and they performed their mission ignorant of the fact that they were serving as Hashem's agents. Hashem chose to reward them: "In return for the labor that he did there, I have given him the land of Egypt" (Yechezkel 29:20), whose time had come anyway to retire from the stand of world empires. Thus it is shown that the worldwide upheaval, viewed from both sides, was a result of a "spiritual" settling of accounts that belonged to Hashem, Who guides the entire world for His nation.

Regarding the events of this day and age: Is it possible that the worldwide events that changed history in the past decade were also purely on account of Am Yisrael? Is it possible that World War II was only an introduction to the founding of the State of Israel? Was The UN founded only to declare Israel as a state? Did the Soviet empire collapse only in order to allow a million people to make Aliya? Were the twin towers destroyed, and the gentiles roused to wage war against terror, only so that some of Israel's policies could be understood and justified in its own war against terror??

[1] Da'at Mikra in his preface to our chapter writes: "Egypt of that period is not the Egypt that we know from the enslavement period back at the dawn of our nation. It is not even the Egypt that was allied with King Shlomo. Egypt here is a country that is losing its status as a great nation, and is being placed in a defensive situation against a rival power, at first Assyria and later Babylonia. Egypt is reduced to the point where it is 'pulling the strings' of the smaller kingdoms in the area (Yehuda, Shomron, Aram). Egypt is therefore attempting to create constant turmoil within them against the northern powers, yet at the same time lacks the power to support to them or itself for that matter in any meaningful way, hence the nickname 'reed-like support' which appears in the Haftarah."

[2] King Yoshiyahu was killed in Megiddo during Pharaoh Necho's journey towards the battle.

[3] This applies of course not only to historical developments but also to nature. It seems as though the sun was created to shine upon the earth in order to warm it. However, the Torah emphasizes another aspect: "G-d said: Let there be luminaries in the firmament of the heaven to separate between the day and the night; and they shall serve as signs, and for festivals, and for days and years; and they shall serve as luminaries in the firmament of the heaven to shine upon the earth." (Bereishit 1:14-15) Rashi interprets the first pasuk as regarding spiritual matters and only in the second pasuk does he write, "Also in this they shall serve in that they will illuminate the world." Also see Ketuvot 5b: "What is the reason [the fingers] are tapered like spikes? [Not for writing/ eating/ driving/ dressing, etc., but] so that if a person will hear something that is not proper he will place his fingers in his ears." Furthermore see Beit Halevi, Parshat Bo: "You shall tell your son" about the connection between the Exodus and the Pesach Matzos.

[4] The 70 nations of the world were chosen to correspond to the number of Bnei Yisrael who went down to Egypt.

[5] In addition to Yechezkel, see also Yeshaya (31:1): "Woe to those who go down to Egypt for help and who rely on horses; they trust in chariots because they are many and in horsemen because they are very strong, and they did not turn to the Holy One of Israel and did not seek out Hashem." Yirmiya (2:18-19): "Now what is there for you on the road to Egypt, to drink the waters of the Nile? … Realize and understand that your forsaking of Hashem, your G-d, is evil and bitter." 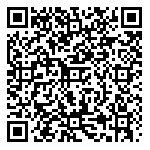