In this week's Haftorah, Yechezkel prophesizes about Pharaoh, King of Egypt, "The great 'tanim' (serpent) that crouches within its rivers, who has said, 'Mine is my river and I have made myself.'" (Yechezkel 29:3) The Malbim explains that the Egyptians believed that the Nile River was holy and that the great "taninim" in it were divine. One tanim is greater than the rest and rules over them all, and he created himself and the Nile, and made Pharaoh ruler over it. This arrogance is further expressed in Pharaoh's dream, "Behold! -- He was standing over the river" (Bereishit 41:1), and in his response to Moshe in Parshat Shemot, "Who is Hashem that I should heed His voice? ... I do not know Hashem!" (Shemot 5:2)

Based on this idea, we can understand a difficult point in the story of creation. The Torah notes that Hashem created insects, birds, fish and animals. Not a single creature of the animal kingdom is mentioned by its specific name, other than, "G-d created the great 'taninim' (sea-giants)." (Bereishit 1:21) Why did the taninim merit special honor? Furthermore, why was it necessary to single out their creation if the pasuk continues to say, "and every living being that creeps, with which the water teemed"? Are the taninim not part of the life that the water produced? According to what we explained earlier in the name of the Malbim, that the tanim were viewed as a symbol of divine power, "who rules over them all and he created himself," we understand the Torah's emphasis on its creation. The Torah says explicitly that G-d created also the taninim, and in fact the tanim does not rule over them all and is not the cause of himself. Hashem is the Ultimate G-d, and He alone is the cause of Himself, and only he rules over all, including the great taninim.

The Gemara says, "The great taninim: R. Yochanan said, 'These are the Leviathan straight snake and Leviathan twisted snake." (Bava Batra 74a) Rashi, as well, comments on the taninim, "In the Aggada, this is the Leviathan and its mate." The identification of the tanim with the Leviathan sheds a deeper light on what was said above. Although we cannot delve into the topic of the Leviathan in the context of this dvar Torah, numerous sources hint that the Leviathan holds a great secret:

The great feast -- "He slaughtered the female and salted it for the righteous in the world to come." (Bava Batra 74b)

The future succah -- "R. Yochanan said, 'G-d will make a succah for the righteous in the future from the skin of the Leviathan.'" (B.B. 75a)

We will suffice to point out that "Leviathan" in gematriya equals "malchut" (496). If, as the Maharal writes (Gur Aryeh Bereishit 1:21), "There are creatures found in the world which, due to their importance and greatness, this world cannot accept them due to their great level" -- yet, in the future all will understand that "Yours, Hashem, is the kingdom." In contrast to the arrogant Pharaoh, who says, "Mine is my river and I have made myself," the Jew says, "Know that Hashem, He is G-d; He made us and (not we) [we are His]." (Tehillim 100:3) The written form is, "and not we," and the spoken form is, "and we are his." These two readings of the pasuk complement each other. When we know that it is "not we" that made ourselves, then "we are His," and them we will merit to say, "For Hashem is good, His kindness endures forever!" (100:5) [Similarly, the Bnei Yissachar quotes that this is the song of the Leviathan.] 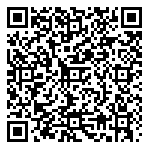