Yosef and his brothers return to Egypt after burying their father Yaakov, and the brothers are suddenly filled with fear that perhaps now that their father is no longer alive Yosef will take revenge from them. The brothers turn to Yosef and say to him: "Your father gave orders before his death, saying: 'Thus shall you say to Yosef: "O please, kindly forgive the spiteful deed of your brothers and their sin." (Bereishit 50:16-17) Yosef, when he hears that his brothers suspect that he will harm them, cries and says, "Fear not, for am I in place of G-d?" (50:19) Rashi explains his response: "If I wanted to harm you, would I be able to? After all, you plotted against me, but G-d thought it for good, so how can I alone harm you?" This is his intention in saying, "Am I in place of G-d."

This statement, "Am I in place of G-d," is not original to Yosef. We already encountered it when Rachel came crying to Yaakov that she had no children. Yaakov answers her with these same words: "Am I in place of G-d?"(30:2) The Ba'al Haturim, in fact, notes this in our parsha: "In the words that Yaakov responded to Rachel when she asked of him to pray for her and he reproved her – in those same words [Yosef] responded to his brothers."

It is necessary to note that there is a radical difference between the statement, "Am I in place of G-d?" regarding Yaakov and Rachel and that of Yosef and his brothers. Regarding Yaakov and Rachel, Rachel cries that she does not have children, and Yaakov tells her very simply, "What do you want from me?" I am doing all that I can that you should have children, but in the end – G-d makes the decision. Only He has the power to open your womb. Yaakov does not display with this answer any special quality; he tells her simple facts. Just the opposite; not only do Chazal not see positive quality in Yaakov's answer, but they criticize him and say, "Is this how one answers women in distress?!" (Bereishit Rabbah 71:7)

However, regarding Yosef, it is completely the opposite. The brothers are afraid that now, after their father's death, Yosef will take revenge from them. He is king in Egypt; he can do whatever he wants. He is more powerful than any other person. The brothers truly have what to be afraid of, but Yosef, in his answer, displays a very high spiritual level. True, says Yosef, I am king and I have great physical strength. Despite this, "Am I in place of G-d?" – In the end, physical strength does not make a difference, and only G-d's will decides the course of worldly events. Therefore, Yosef says, if G-d does not want to harm you, then even if I – with all my strength, wanted to – I would not be able to. What faith! What submission to Hashem! Here, once again, we find expression to Chazal's comment of the pasuk, "Yisrael said, How great! My son Yosef still lives!" (45:28) – "Yosef's strength is great, that many troubles came upon him and he remains in his righteousness much more than I." (Bereishit Rabbah 94:3) Yaakov and Yosef say the same words. Regarding Yaakov, Chazal see a fault in them, but regarding Yosef the righteous this shows a tremendously great quality.

It seems that the fact that Yosef responded to his brothers with the same words that his father responded with to his mother is not by chance. It seems that Yosef picked up these words from his father Yaakov – after all, he was the first to say them, and it is not by chance that Yaakov himself said these words in connection with Yosef's birth. It is known that regarding children's education it is impossible to wait until the child grows up in order to educate him. It is told of a person who came to his Rebbe to ask him at what age is he obligated to educate his two-year-old son. The Rabbe answered that he came two late; he should have started long ago. A child's education begins even before the child is born, as the personal example set by the parents is the greatest educater, and in order to educate one's children a person needs to educate himself first.

Thus, it is clear that these words that Yaakov said even before Yosef's birth were a part of Yaakov's personality, and Yosef was influenced by them. When Yosef says these same words after Yaakov's death – it is clear that it from the influence and merit of Yaakov. Every word that a person says, and every action that a person does, can be interpreted positively and negatively. Even a good word that a person says, or a good action that he does, if one wants to – it is possible to deduce from it something negative. Also the opposite; even in a bad action or word we can find a positive light. Yaakov merited that these words, "Am I in place of G-d," that he said long before Yosef was born turned to be the dominant force in Yosef's personality.

We see how this idea repeats itself in every stage in Yosef's life. When Potiphar's wife tries to seduce him, his response is: "How then can I perpetrate this great evil and have sinned against G-d!" (39:9) To one who listens carefully, Yaakov's words reverberate in his ear: "Am I in place of G-d?" I am, after all, a playing piece in G-d's great system, so how can I rise against him and do something against his will?!

Similarly, when Yosef is called to interpret Pharoah's dreams, Yosef says: That is beyond me; it is G-d Who will respond with Pharaoh's welfare." (41:16) Once again, we find here the same idea, "Am I in place of G-d." I am nothing other than a playing piece; I actually did nothing. Everything comes from G-d.

So, too, when Yosef reveals himself to his brothers and says to them, "I am Yosef," he calms them and says, "You did not send me here, but rather G-d." (45:8) Once again he displys recognition that "Am I in place of G-d" – full recognition that everything that is done in the world is all G-d's Will and nothing more.

If we wanted to summarize Yosef's personality, his special quality, we could do this with three words, "Am I in place of G-d" – full recognition in man's place in contrast to G-d. Thus, Yosef took these words from his father Yaakov and poured into them new meaning, full recognition of G-d's power. This force accompanied him all of his life. Perhaps this is "his father's image" (Sotah 36b) that Yosef sees, which helps him overcome the temptations – the image of his father who says, "Am I in place of G-d." Yaakov deserved that his son Yosef took what he said, improved and enhanced them, and gave them new spiritual meaning. "A person is jealous of everyone except for his son and his student." (Sanhedrin 105b) The greatest pleasure that a father can have is that he sees that his son learns from him, but learns everything in a better way, and improves things and reaches even further than where his father reached. Yaakov's conclusion: "Yosef's strength is great, he remains in his righteousness much more than I" – this is the greatest thing that can happen to Yaakov, that his children not only follow his ways, but surpass him and become more righteous than he.

This is true educational success – not only the ability to transmit the message, and to ensure that the children follow their fathers' footsteps, but educational success is when the next generation far surpasses the previous generation, and they continue to advance and come even closer to G-d.

May it be that we should merit to educate our children in this way that they should surpass us and draw even closer than us to Torah and our Father in heaven. 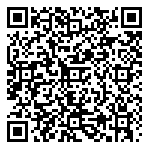