The Dream of the Ladder

"He dreamt, and behold, a ladder was set earthward and its top reached heavenward; and behold, angels of G-d were ascending and descending on it." (Bereishit 28:12) Our Sages interpret this vision in Yaakov's dream in many different ways.

The Midrash Tanchuma, expounding on this Pasuk, states that Hashem showed Yaakov the guardian angels of Babylon, Media, Greece and Edom [Rome] ascending and descending the ladder. Hashem asked Yaakov why he was not ascending, but Ya'akov remained afraid and said that if the angels can fall, then so would he. Hashem told him that if he were to climb, he would not fall. However, Yaakov did not believe this, and did not climb.

This coincides with the Ramban's interpretation of the Pasuk, "Hashem, your G-d, has chosen you to be for him a treasured people" (Devarim 7:6), that Israel's destiny is guided by G-d and not by a ministering angel.

In another place, the Ramban (Vayikra 18:25) demonstrates that this idea is the link between the Bnei Yisrael and Eretz Yisrael. G-d, when creating the different nations and their lands, gave each of them a ministering angel to govern them, and He governs supreme above them all. Eretz Yisrael, however, was not given a ministering angel, but was given to the Bnei Yisrael, who are also governed solely by G-d Himself.

This idea is also found in the Midrash (Devarim Rabbah 2:34):

Rabbi Yitzchak opened with the Pasuk: "'G-d is my portion,' says my soul, therefore I have hope in Him." (Eicha 3:24). R. Yitzchak said: This is comparable to a king that enters a country with his dukes and advisors. Some of the citizens of the country chose a duke to govern them, while others chose an advisor. One smart man said, "I choose only the king, because the king remains, while everybody else passes."

Similarly, when G-d descended to Sinai, groups of angels accompanied Him. Michael came with his following, and Gavriel with his following. Some of the nations chose Michael to govern over them, while others chose Gavriel. Yisrael, however, chose G-d to rule over them. They said: "'G-d is my portion,' says my soul." This is [the meaning of], "Hear O Israel, Hashem is our G-d, Hashem is One."

Ya'akov refused to ascend the ladder because the ladder symbolizes guidance by the angels and emissaries. However, Ya'akov sought the direct leadership and guidance of G-d, which is the ideal for him and his offspring.

Closeness to Hashem without any intermediary is the true joy and the greatest pleasure that can be found. (Mesillat Yesharim, ch.1) 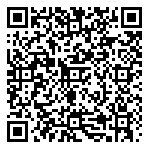