The first to join Korach in his dispute were Datan and Aviram: "Korach son of Yitzhar son of Kehat son of Levi separated himself, with Datan and Aviram, sons of Eliab, and On son of Pelet, the offspring of Reuven." (Bamidbar 16:1)

The Or Hachaim understood from this: "They were the greatest of the tribe of Reuven, Yaakov's firstborn, and because of this they considered themselves important." Yet, despite the joint gathering against Moshe and Aharon, the simple reading of the Torah is that Datan and Aviram had a different claim against Moshe, which found expression when Moshe sent to call them separate from Korach and the rest of his congregation. Their unequivocal response was (16:12-14)

Rashbam notes that this dispute arose following the failed mission of the spies and punishment that ensued from their sin. As such, he explains Datan and Aviram's claim here: "You did not fulfill your condition to bring us to a land flowing with milk and honey, but, instead, in these forty years they will die in the desert."

Targum Yonatan b. Uziel also explains Datan and Aviram's words as relating directly to the fear of the mighty Canaanite warriors. He translates the verse, "Even if you would gouge out the eyes of those men, we shall not go up!" – as: "Will you blind the eyes of those mighty warriors in that land and defeat them? We not go up there!" Their repetition of the expression, "We shall not go up!" stands in contrast to the words of Calev and Yehoshua, "We shall go up!"

Following Targum Yonatan, it is possible to explain the phrase, "Even if you would gouge out the eyes of those men," as referring to the ten spies: "The eyes of those people" – who saw with their own eyes the difficulties in capturing the land – "will you gouge out." After all, with their eyes they observed and saw, and therefore – "we shall not go up."

Moshe's strange response in verse 15: "I have not taken even a single donkey of theirs, nor have I wronged even one of them," brings us back to Moshe's arrival to Egypt on a donkey. This is likely the basis for Chazal's comment that those people who said to Moshe when he exited Pharaoh's palace, "May Hashem look upon you and judge, for you have made our very scent abhorrent in the eyes of Pharaoh and the eyes of his servants, to place a  sword in their hands to murder us!" (Shemot 5:21-22), following which Moshe said to Hashem, "Why have you done evil to this people, why have You sent me?" (5:23) – they were the same Datan and Aviram.

Moshe, in his response to Datan and Aviram, links that event with the dispute now, and sees in them both the same perspective. Those people who contested the very errand of Moshe and caused him to say to Hashem, "Why have You sent me," because they could not deal with the difficulties that are inherent in the process of redemption and going out to freedom – they are the same people who flinch at the need to fight against the nations of Canaan and are not able to bear the need of the long wait in the desert until entering the Land. Only one thing can satisfy them with a complete redemption – now and without effort.

This is evident also in the words of Datan and Aviram, "nor give us a heritage of field and vineyard." Their mistaken expectation to receive from Moshe a heritage of field and vineyard is particularly evident when contrasted with Calev b. Yephuneh. In sefer Yehoshua he approached Yehoshua and boldly said: "I am eighty five years old today. I am still as strong today as I was on the day that Moshe sent me. As my strength was then, so my strength is now for war – to go out and to come in. So now, give me this mountain ... Perhaps Hashem will be with me, and I will drive them out, as Hashem had spoken." (Yehoshua 14: 10-12) Calev is willing and wants to fight for his heritage, and does not expect – despite his age and stature – to receive it on a silver platter. This is all out of recognition that battle is G-d's: "Hashem is with us, do not fear them!" (Bamidbar 14:9) 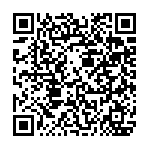