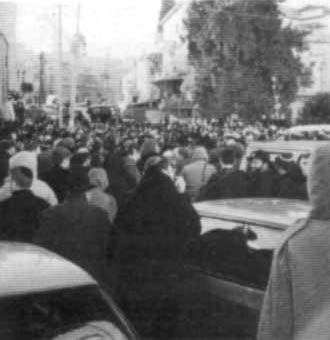 Many thousands of Yeshiva alumni, students, parents and friends participated in the l'vaya of Maran Rosh Hayeshiva, zt"l. Only a short while after receiving the bitter news, people assembled from all parts of the country - from Ramat HaGolan, Kiryat Shmona, Haifa, Yehuda and Shomron, Gush Katif, Be'er Sheva and the Negev settlements - to take part in the funeral of the Rosh Hayeshiva, zt"l. Members of two Torah worlds converged - those of the Yeshivot Hesder throughout the country together with the Talmidim of the age-old Yeshivot of Bnei Brak and Jerusalem. The heterogeneous mix of participants reflected the wonderful ability of the Rosh Hayeshiva, zt"l to blend these two Torah worlds. Rabbanim, Gdolei Torah, Members of Knesset, career army chaplains, alumni on reserve army duty, and Talmidim in their compulsory army service all came to take part in the funeral.

In addition to the Kerem B'Yavneh's Talmidim, the entire staff of Ramim, the Kollel community, administration members, and office and maintenance workers went to Jerusalem for his burial. Later in the week, the entire Yeshiva administration assembled for a special meeting in memory of Maran Harav Chaim Yaakov Goldvicht, zt"l. Speeches in his memory were delivered by Rosh Hayeshiva, Rav Mordechai Greenberg, shlita; then Chairman of the Board of Directors, Mr. Bernard Dov Hochstein z"l; and Dr. Zerach Warhaftig z"l.

The Talmidim were stunned by the news of the P'tira, and found it difficult to digest the bitter and devastating reality. They took upon themselves the task of around-the-clock learning in the Yeshiva during the Shiva week. The Talmidim also participated in a number of cycles of recitation of Mishnayot during the month of Shloshim, and the completion of two cycles of Shas and the entire Talmud Yerushalmi during the year following Maran Rosh Hayeshiva, zt"l's passing. 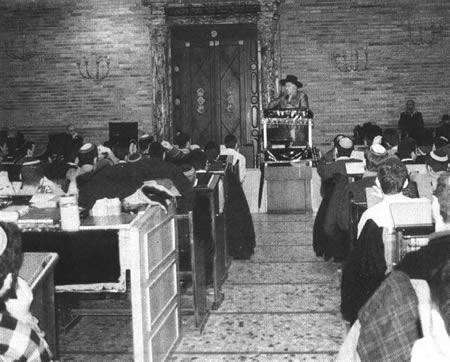 The Kaliver Rebbe, shlita, spontaneously came to the Yeshiva on the evening following the passing to encourage and strengthen the Ramim, Avrechim and Talmidim. He also requested to take part in one of the Masechtot of the Shas cycles in memory of Maran Rosh Hayeshiva, zt"l, and to come for the Siyum. The emotions of those present at the Sicha of the Rebbe were clearly visible, particularly during the recital of the Kri'at Shema at the end of the Sicha.

On Thursday afternoon of the Shiva week the Kollel Avreichim listened to a Sicha based on an article by the Rosh Yeshiva, zt"l, which was delivered by Rav Zecharia Tubi, shlita. That evening the Talmidim learned until the early morning hours and were given a Shiur by Rav Moshe Chaim Dimantman, shlita.

Special Y'Mei Limud and evenings of Torah study were held in memory of Maran Rosh Hayeshiva, zt"l, - from Ramat HaGolan, Gush Etzion and Jerusalem in Israel to locations worldwide such as New York, London, and Johannesburg. 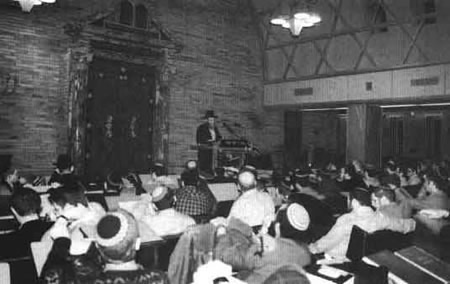 Rav Goldvicht, zt"l, and his Rabbanit, Miriam z"l, are survived by their two children: Rav Yosef, a Ram in Yeshivat Ohr Yisrael in Petach Tikvah, and Rabbanit Leah, married to Rav Moshe Meyernick, a Rosh Kollel in Jerusalem.

On 7 Adar Alef, 5755 (February 7, 1995), the renowned Gaon, Rosh Hayeshiva Harav Chayim Yaakov Goldvicht, zt"l, passed away after guiding the Yeshiva for forty years, from the time of its inception. He brought the Yeshiva to its recognized, prominent position among the great Yeshivot throughout the world. Upon retiring, Harav Goldvicht, zt"l, passed the mantle of leadership to one of his most illustrious Talmidim, Rosh Hayeshiva Harav Mordechai Greenberg, shlita. Rav Greenberg, shlita, is well known for his scholarship and erudition in the broad scope of Talmud, Halacha and Machshevet Yisrael [Jewish Philosophy]. He is the author of Birkat Eliyahu, a commentary on the Bi'ur HaGra on Shulchan Aruch Orech Chaim - Hilchot Shabbat. Rav Greenberg's unique personality - harmoniously combining wisdom, simplicity, truth and total devotion to Torah - is a constant source of inspiration for the Yeshiva students and staff.