The illustrious history of Yeshivat Kerem B'Yavneh began in the 1930s, before the establishment of the State of Israel. It was then that the idea was conceived to rebuild the ancient Talmudic academy, founded by Rav Yochanan Ben Zakai two millennia ago. Chief Rabbi Rav Avraham Yitzchak Hacohen Kook supported the plan, and preferred to implement it in Jerusalem. The opinion of Rav Meir Berlin prevailed, however, and the approximate site of the ancient Kerem B'Yavneh, its exact location unclear, was selected. In 1941, an agreement was reached between the Jewish National Fund and the Mizrachi/Hapoel Mizrachi movements, allocating five hundred dunams in the area for the Yeshiva.

By the outbreak of the War of Independence in 1948, the shell of the main building had been completed. Since it was the tallest structure in the area, and offered a commanding view of the coastal plain, it was used as a forward post by Yigal Alon, who was the commander of Israel's southern front. 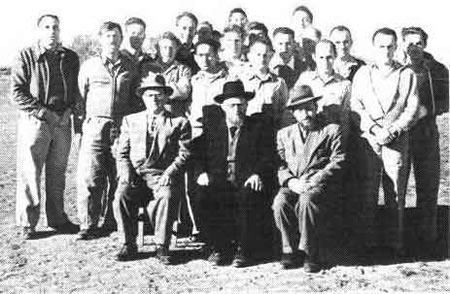 His first class was made up of twelve graduates of the prototype of B'nei Akiva High Schools. These dedicated students, imbued with a love for Torah, the people, and the Land of Israel, soon faced a dilemma. As they approached draft age, they felt a dual obligation: to continue learning and to do their part in the active defense of the country. This problem would be solved by the implementation of the "Hesder" program.

In the Israel Defense Force, there existed a special branch called Nachal, where kibbutz youngsters would enlist in the army together as a group [Garin], and split their time between kibbutz and army services. This concept was the basis for Hesder, or "arrangement." While the Nachal Garinim worked the fields on their kibbutzim, the Talmidim of Kerem B'Yavneh learned Torah in their Yeshiva. Since that modest beginning, thousands of young men have gone through Kerem B'Yavneh's Hesder program. Following the Six Day War, when the brave service of Kerem B'Yavneh's soldiers elicited praise, Hesder Yeshivot modeled after Kerem B'Yavneh were established all over Israel. Four were created in the year following the Six Day War, and today many more exist.

The demanding five-year Hesder program has earned the appreciation and gratitude of all segments of Israeli society. Hesder students have distinguished themselves in defense of the Land of Israel, and usually serve in the most critical areas, such as paratroops or one of the elite infantry brigades.

On behalf of the Yeshivot Hesder, Rosh Hayeshiva Rav Goldvicht, zt"l, received the Israel Prize, the nation's highest honor, in 1991. The ceremony took place in the presence of the President, the Minister of Education, and other dignitaries. The citation reads in part: "The Hesder Yeshiva movement is an original and creative innovation developed in the newly established State of Israel to replace the centers of Torah learning destroyed during the Holocaust in Europe." 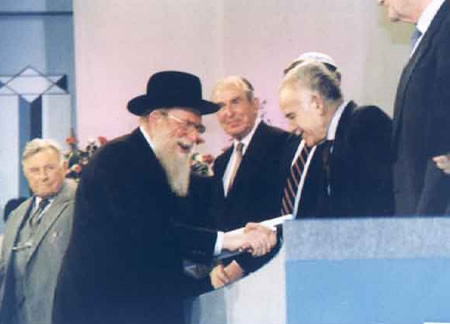