The beginning of Parshat Acharei-Mot deals with the subject of Yom Kippur, and the end deals with the arayot (incest and adulterous relations) that are forbidden by the Torah. Indeed, on Yom Kippur at Mincha we read the portion of the arayot in order to strengthen in ourselves the distance from and the abhorrence to these sins.

We will attempt to identify the view of Chazal and their attitude towards the issue of giluy arayot. The Gemara in Sotah (15b) says, "Why is the korban of the sotah (suspected adulteress) from barley? Just as her actions are those of an animal [that does not remain loyal to its mate], so too her korban is of animal food." Similarly, the Gemara teaches (3b), "A person does not sin unless a spirit of foolishness [shtut] enters him, as it says, "Any man whose wife shall go astray [tisteh].'"

The Maharal (Netiv Haprishut, ch.1) explains that Chazal's view is that the sin of giluy arayot flows from the most extreme form of man's subjugation to his physical body. When a person succumbs to violate the prohibition of arayot he is like an animal that has no intelligence and understanding, and all of its behavior is purely instinctive. Because of this, Chazal teach in the Midrash (Vayikra Rabbah 24:6):

Why is the parsha of arayot adjacent to Parshat Kedoshim? To teach you that wherever you find a hedge against arayot you find kedusha (holiness), for anyone who hedges himself from incestuous relations is called holy. Elsewhere, the Maharal discusses the Gemara's law (Sanhedrin 74a) that in all of the prohibitions of the Torah, if a person is told to transgress or he will be killed, the law is that he should transgress and not be killed, as we derive, "and he should live by them -- and not die by them," except for idolatry, giluy arayot, and murder, in which the law is that he should be killed and not transgress. What is the reason for the special stringency of these specific transgressions?

The Maharal explains based on the Mishna in Pirkei Avot (1:2), "Shimon Hatzaddik was of the remainder of the Knesset Hagedola. He would say: On three things the world stands, on Torah, on worship, and on acts of loving-kindness." The three severe transgressions are the total antithesis of the three pillars of the world that are mentioned. Idolatry is the antithesis of the service of Hashem; murder is the antithesis of gemilut chasadim; giluy arayot is the antithesis of Torah. This is because the value of Torah is the sanctity of the mind, and learning Torah means connecting man's mind with the Divine's. The opposite of this is giluy arayot, for whoever commits adultery follows his corporeality like an animal, and is detached from his human intellect.

Each of these three transgressions relates to a different part of man. Idolatry is a fault in the mind, because he believes in foolishness and his mind mistakenly follows falsehood. Murder flows from the soul, which is the seat of emotion and the source of vengeance, bearing a grudge and hatred. Giluy arayot is the sin of the body, because it is a physical matter divorced from the mind and from holiness, so that when a person sins with arayot, he defiles his body and makes it abominable.

With this we can understand the Mishna in Avot (5:9), "Exile comes to the world for idolatry, murder, giluy arayot and shemita of the land." Why these specific sins? We find that the Land of Israel has three titles. The first is, "nachalat Hashem" (the heritage of G-d), because G-d's name is called upon the Land, and this is His heritage forever. Indeed, Chazal state that whoever lives in Eretz Yisrael it is as if he has a G-d, and whoever lives outside of Eretz Yisrael it is as if he does not have a G-d. Second, Israel is called, "eretz hakodesh" (the holy land). The third name that the land has is, "eretz hachaim" (the land of the living), as it says, "I will walk before G-d in the land of the living."

Because of these three attributes of Eretz Yisrael, there are three sins that cause Israel's banishment from the Land, in that they act in a manner antithetical to the character of the Land. If Israel worship idolatry, that is the opposite of "nachalat Hashem;" they have no right to live in the land that is before Hashem if they leave Him and worship others. And if Israel sin with murder, this is the antithesis to "eretz hachaim," for Eretz Yisrael gives life to its inhabitants, whereas murder shortens life. And if Israel sin with giluy arayot, that is the antithesis to the sanctity of the land, for Eretz Yisrael is called the holy land, and giluy arayot is the height of impurity and the exact opposite of holiness.

Thus, we learn that the issue of the sins of arayot negate any element of holiness, whether the sanctity of the Torah, the sanctity of Eretz Yisrael, or the sanctity of man's mind. Therefore it is necessary to be extremely careful to keep distant from anything relating to arayot. Specifically on Yom Kippur, when we ascend in holiness like angels, we should go back and review the absolute abhorrence that we have to the prohibited arayot which defile and destroy.

There is nothing in the entire Torah that is as difficult for the masses to refrain from as the arayot and prohibited relations. Our Sages said, at the time that Yisrael were commanded about the arayot they wept...Chazal also said, theft and arayot -- a person desires them and covets them. You will not find a community at any time that does not have amongst them those who are loose in arayot and prohibited relations...Therefore, a person should subdue his inclination in this matter, and train himself for extra holiness, pure thought and clear mind to save himself from them. And he should be careful of yichud...He should also act to distance from frivolity and from drunkenness and love songs ... and he should not live without a wife, for this leads to extra purity. Greater than this Chazal said, he should turn himself and his mind to words of Torah and broaden his mind with wisdom, as the thought of arayot only intensifies in a heart devoid of wisdom. To the extent that a person strengthens the holiness of his mind and connects his thoughts to the wisdom of the Torah -- proportionally he will distance himself from the state of being an animal-like man without mind. Thus, he will merit to distance from matters of arayot and rise upwards in holiness and purity! 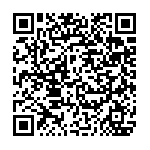