There is Work to Do

There is Work to Do

We learn in Sefer Mishlei (27:19): “כמים הפנים לפנים כן לב האדם לאדם,” “Just as in water, face answers to face, so does one man’s heart to another.” The Metzudat David explains: “Just as water reflects a face similar to the face of the one who looks into it – if the face is happy, the reflection is happy, and if the face is sad, the reflection is sad – so does one man’s heart to another. If his heart is positively inclined towards his friend, his friend’s heart will also be inclined positively, and if he feels negatively about his friend, his friend will feel similarly.”

In other words, if you treat your friend positively, his relationship towards you will also be positive, and vice versa. This is true not only regarding the “reflection” of actions or speech patterns; it is also true of feelings. What you feel towards someone else is what he will feel towards you.

The chachmei hamussar teach us that the same holds true of our relationship with HaKadosh Baruch Hu. The degree of His closeness to us parallels how close we are to Him.

The month of Elul is the time when “the King is in the field.” The Creator is closer to us now than during the rest of the year.[1] אני לדודי ודודי לי – The more we put in the effort to come closer to Him, the more He comes closer to us.

But what can we do? The entire year, we grew accustomed to acting in a manner that was far from perfect. How is it possible over the course of a single month to suddenly wean ourselves from the habits that we have accumulated throughout the entire year?

The first stage is recognizing and acknowledging the situation. You must actually talk to yourself and verbalize all of the areas that demand improvement. Everything must be on the table. Don’t push them into some dark corner, and don’t try to fool yourself. You can’t run away from the truth!

But thinking and talking about the problem is not enough: “A slave cannot be chastised with words!” (Mishlei 29:19). Concrete action is necessary, for “one’s heart is drawn after one’s actions” (Sefer HaChinuch, mitzva 16). Weaning oneself from negative habits requires taking action – doing good, positive things that have the power to break bad habits and to purify one’s souls from the impurity that has clung to it.

During these days, it is imperative to be more meticulous in fulfilling mitzvot, even in realms in which one is not ordinarily particularly careful, and even if one will not continue to be so scrupulous after the Yamim Nora’im are over. Now is the time to show that you are capable![2] As Rav Dessler writes (Michtav MeiEliyahu, vol. 2, p. 56), even if the change is temporary, the very fact that one has changed his deeds and has discontinued he previous behavior demonstrates his ability to break bad habits.

The Rambam writes (Hilchot Teshuva 2:4) that one must change all of his deeds for the better, meaning that one must improve even his good deeds. This time period is the ideal time to improve one’s tefilla – to come a few minutes earlier than usual so that one can concentrate properly, to focus more on the words by looking at the words in the suddur, and to avoid talking entirely during the entire tefilla. Improvement should also be seen in one’s learning schedule, both in terms of using time wisely and in terms of the learning itself. Let’s see if we are capable of learning one hour straight, without interruption, for the next two weeks!

May this time be one of growth and development accompanied by the great joy we feel as a result of all the many blessings Hashem has given us.

[1]As the Rambam writes regarding the Aseret Yemei Teshuva (Hilchot Teshuva 2:6): “Although teshuva and calling out to Hashem are always good for the world, during the ten days between Rosh Hashana and Yom Kippur, it is even better, and it is accepted immediately, as the pasuk says, ‘Seek out Hashem when He is found.’”


[2]See Shulchan Aruch and Rama, Orach Chaim 603: “Even one who is not ordinarily careful to avoid eating the bread of non-Jews should be careful during the Aseret Yemei Teshuva. Rama: Every individual must search and evaluate his deeds in order to repent from them during the Aseret Yemei Teshuva. If one is in doubt as to whether he has sinned, that requires greater teshuva than a certain sin, for one regrets more when he knows what he has done than when he does not know. For this reason, the korban asham taluy is more expensive than a korban chatat. 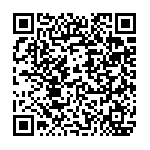 From Destruction to a Perspective of Redemption
Rav Sharon Yust, Mashgiach
E