In this week’s parsha, there is a formulation that appears only once in the Torah.  The Torah states: vayedaber Moshe el Hashem leymor (Bamidbar 27:15).  Typically, a pasuk would state that God spoke with Moshe.  In this instance, Moshe initiated the contact. The pasuk stresses, that Moshe spoke to Hashem.  After being informed that he will only see and not enter Eretz Yisrael, Moshe asks Hashem to appoint a successor.  Once again, we witness Moshe’s greatness. Rather than considering his own needs and desires as he nears his departure from this world, he first and foremost expresses his concern about the future of Am Yisrael.

Moshe specifically requests that Hashem select a leader for the nation so that they not wander like “sheep without a shepherd”.  The language used is:  כַּצֹּ֕אן אֲשֶׁ֥ר אֵֽין־לָהֶ֖ם רֹעֶֽה: (Bamidbar 27:17).  Why did it not just state כצאן ללא רועה – why the addition of the term שאין להם? (that they lack?)  The Lekach Tov explains that it is to underscore that a leader’s main concern needs to be with the interests of the people (להם), not their personal interests.

Hashem responds with informing Moshe that indeed Yehoshua will be his successor.  In pasuk 18 Hashem instructs Moshe  וְסָֽמַכְתָּ֥ אֶת־יָֽדְךָ֖ עָלָֽיו - you shall lay your hand upon him.  Yet, when Moshe appoints Yehoshua, it states: וַיִּסְמֹ֧ךְ אֶת־יָדָ֛יו עָלָ֖יו (pasuk 23) -He laid his hands upon him.  The instruction was to do smicha with one hand, yet Moshe used two hands.  It may seem trivial, yet, Rav Yosef Solovetchik (Masores Harav), derives an important message from this distinction.

The Rav explains that in pasuk 20 Hashem instructs Moshe to not only appoint Yehoshua but to also ונָֽתַתָּ֥ה מֵהֽוֹדְךָ֖ עָלָ֑יו - You shall bestow some of your majesty (hod) upon him.  This “majesty” was figuratively imparted via Moshe’s second hand.

There are two mesoros that Moshe transferred to Yehoshua.  One is the tradition of learning Torah. The second (hod), was experiential.   One can learn hilchos Shabbos, yet not truly comprehend the unique and special aspect of the Shabbos. To truly understand Shabbos, one has to experience it.  Yehoshua was selected not only because of his intellectual pursuit of Torah, rather because he never left Moshe’s side, as is stated: “His attendant, Yehoshua Bin-Nun, a lad, would not depart from the tent (Shemos 33:11).  Yehoshua learned from the way Moshe spoke to others, benched, and conducted himself of a daily basis.

It is interesting to note that Yehoshua is often referred to as lad (na’ar) even though he was clearly in his fifties!  He had the attitude of a na’ar, someone willing to learn and absorb from every act of his Rebbe.  Therefore, Yehoshua merited two mesoros, the mosorah of the mind and the mesorah of the heart- transmitted via Moshe’s two hands.

Our task if to be able to transmit these two mesoros to our students and children.  Torah is not just an intellectual pursuit, but one that has to pierce the heart and emotions of an individual.  Like Moshe, we need to serve as a personal example and do all we can so that we convey the emotional as well as the intellectual beauty of the Torah. 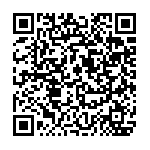