Yom Ha’atzmaut, Israel’s Indepedence Day, falls out this week. I would like to delve into this topic and explore the day’s meaning in the process of redemption.


It is well known that there are two distinct mashiach figures – Mashiach ben David and Mashiach ben Yosef. Rav Kook, in his famous eulogy for Herzl in 1904, wrote the following, “Just as G-d created in man body and soul…so too He placed together in Israel these two strengths: one that parallels the human body, which yearns for the good of the nation and its material standing (Mashiach ben Yosef)…and the second, which strives to improve its spiritual side (Mashiach ben David).”


In another place, Rav Kook adds, “Tzion and Yerushalayim parallel each other. Since the beginning of our history, the name ‘Tzion’ refers to the expression of kingship and worldly power…In contrast, ‘Yerushalayim’ expresses the prominence of its spiritual goals.” Here, Rav Kook points out that Tzionut, not coincidentally named, despite its yearnings to establish the nation from a material perspective, does not contain within it the unique spirit of kedushat Yisrael. (It is for that reason that many of our brethren distanced themselves from the movement. In its stead, Rav Kook strove to establish the Degel Yerushalayim movement). Ultimately, Mashiach ben Yosef stands parallel to Tzion while Mashiach ben David represents Yerushalayim. Our redemption will sprout from the union of the two.


On Yom Ha’atzmaut the aspect of Tzion is revealed in all its glory. The material prowess of Israel and the establishment of an infrastructure for the Jewish nation are tied into this day in which Israel was recognized as an independent nation with the right to build and establish a national life.


However, our hearts and souls are distressed over the failure of many, many of the builders of the state to consider G-d. Our response is the awareness that the great responsibility of combining the two mashiach figures, Tzion and Yerushalayim, rests upon our shoulders.


There are numerical hints to the above ideas.


The Gemara (Sukkah 52a) states, “The sages taught, Mashiach ben David, who is destined to be revealed speedily in our days, HaKadosh Baruch Hu said to him – ask of Me anything, and I will give it to you, as it says, ‘I will tell of the decree…this day I have birthed you, ask of Me and I will give the nations for your inheritance.’ When he saw Mashiach ben Yosef was killed, he said before Him – Master of the World, I seek only life from You.”


To translate into our own terms – the privilege of Israel’s physical existence is embedded in its connection to sanctity. It is possible that the Gemara means that Mashiach ben David also prays that Mashiach ben Yosef will not die.


We are called to the great mission of uniting the two Mashiach figures in order to save Mashiach ben Yosef, and to unite the homecoming nation of Israel with its Torah. 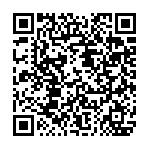