Volumes have been written on the topic of Ephraim preceding Menashe in the beracha of Yaakov. Explanations exploring the significance of the tribes’ futures are hinted to in the pesukim and explicated by Chazal. Nonetheless, from a p’shat perspective, we may ask – what made Yaakov so insistent on mentioning Ephraim’s name first and putting his right hand upon him? So much so that the blessing he coined for all eternity is stated as such:

And he blessed them on that day saying “By you shall Israel invoke blessings, saying: May G-d make you like Ephraim and like Menashe.” Thus he put Ephraim before Menashe.

It is possible that Yaakov grasped the entire worlds of these sons as he blessed them. Ephraim was accustomed to serving Yaakov and learning Torah from him. As Rashi (48:1) explains, Ephraim learned before Yaakov and when Yaakov became ill in the land of Goshen, Ephraim was the one who went to Yosef in Mitzrayim to report this to him.

In contradistinction, Menashe was appointed in the house of Yosef and was likely intimately involved in affairs of state. The midrash classifies “the one who was appointed upon his household,” and “the interpreter [who] was between them,” as Menashe.

We see, therefore, that Ephraim spent much of his time with his grandfather learning Torah from him, while Menashe could be frequently found with his father, learning political skills from him.

Ephraim and Menashe expressed, through their deeds and personalities, two distinct periods in Yosef’s life. Ephraim’s life reflected his father’s youth, when he lived in the house of Yaakov, was privileged to learn Torah from him, and be his “ben zekunim,” as Targum explains, a wise son. On the other hand, Menashe was a leader and statesman, corresponding to the second part of Yosef’s life as a ruler and viceroy.

This was the crux of Yaakov and Yosef’s disagreement. Yosef thought that, despite the greatness of Torah learners, leadership belongs in the hands of someone skilled in the political realm. Therefore, Menashe should be primary. Yaakov differed; he wished to place leadership into the hands of Ephraim, who, through the strength of his Torah would succeed in guiding the Jewish people along the correct path.

Yaakov’s beracha and laying of his hands would later come to fruition through one of Ephraim’s descendants, Yehoshua bin Nun, who would assume leadership over the Jewish people. He was appointed not by dint of his physical strength nor because of his sharp political acumen. Rather, he was chosen based on his many years learning Torah at the foot of Moshe, his teacher.

Chazal explain that Yaakov was referring to Yehoshua bin Nun when he said to Yosef:

Yet his younger brother will become greater than he and his offspring shall be “mel’o hagoyim.”

Our Rabbis have interpreted the phrase “mel’o hagoyim” in various ways. Along the lines of our approach, it refers to Yehoshua’s greatness in Torah. Indeed, when Moshe ceased being the leader and Yehoshua succeeded him, the Torah says,

And Yehoshua bin Nun was filled (“maleh”) with the spirit of wisdom for Moshe had laid his hands upon him.

The meaning of the phrase “mel’o hagoyim” is that Yehoshua’s wisdom surpassed that of all the tribes, referred to as “goyim,” as in other places in Tanach. Moshe laid his two hands upon Yehoshua. In doing so, he bequeathed him Torah leadership and political leadership simultaneously.

Our father Yaakov formulated the blessing for our own children, for the times when we lay both of our hands upon their heads and pray for complete goodness for them. We say, “May G-d make you like Ephraim and like Menashe.” Our initial focus is the right hand, and we ask that the primacy of the child’s life be Torah as it was in Ephraim’s life. We also bless with our left hand resting on the child’s head, and ask for material success like Menashe enjoyed. Even though sometimes Menashe’s world appears to have greater significance, every Jewish child should know that his father wants him to focus first and foremost on the world of Ephraim who sat at his grandfather’s knee and learned Torah from him. 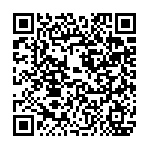