Rashi explains, "This teaches that the departure of a tzadik from a place leaves an imprint on those left behind," and therefore the Torah mentioned it as well. The Netziv, in his commentary Ha'amek Davar, offers another explanation. The insertion of the additional phrase "Yaakov left Be'er Sheva" is to hint that Yaakov did not go immediately to Charan, but rather went to the Yeshiva of Shem and Ever for fourteen years (cf. Megilla 16b and Rashi at the end of parshat Toldot). Hence, the verse first states that Yaakov left Be'er Sheva [to go to the yeshiva of Shem and Ever], and only fourteen years later went to Charan.

This ruling raises an interesting issue. The halacha is, in general, that if there is a mitzvah that needs to be fulfilled, and one is engaged in the study of Torah -- if the mitzvah can be performed by someone else, he should continue learning. If, however, there is no one else who is able to perform the mitzvah, then one must interrupt his learning and fulfill the mitzvah. (Rambam Hil. Talmud Torah 3:4, based on a passage in the Talmud Yerushalmi quoted in the Kessef Mishne; Y.D. 246:18. For an explanation of this law see Kehillot Yaakov to Shabbat #11).

The question then arises, when the study of Torah and honoring parents come into conflict, which takes precedence (since no one else can learn for you)? The Shulchan Aruch (Y.D. 240:13) quotes the aforementioned gemara in Megilla, that the study of Torah is greater, implying that the study of Torah takes precedence. However, the Pri Chadash (quoted in Pitchei Teshuva 240:8), states that this ruling merely permits one to go and study in a place far away from his parents even though he will thereby not be in a position to serve his parents. However, if one is present, and his parents request of him to serve them, he must tend to them and then return to his learning. [Of course, the parents are allowed to (and often should) forego their honor in such a situation. Y.D. 240:19]

The Terumat Hadeshen (#40) takes this law one step further. Take the example of someone who wants to learn in a yeshiva situated in a place where anti-Semitism is common. The student's father does not want him to go there, because he will worry about his son's safety. Is the son obligated to listen to his father? The Terumat Hadeshen (cited in Y.D. 240:25) rules that he is not. His decision is based on two points.

The first is the aforementioned passage in the gemara that the study of Torah is greater than honoring parents. Even though one can argue that in the case of Yaakov the problem was only a lack of "kibbud" - honor (i.e. tending to his parents) - whereas this case involves a lack of "mora" - fear (i.e. disobeying the father and causing him anguish, as he will worry about his son's safety) - nevertheless, the Terumat Hadeshen sees no difference. Both "kibbud" and "mora" are positive commandments, and if Talmud Torah is greater than one, then it should likewise be greater than the other. Indeed, we find in regards to "mora" that one may not listen to his parents to violate Torah law, based on the juxtaposition found in the verse, "Every man: Your mother and father shall you revere and my Sabbaths shall you observe - I am Hashem, your G-d." (Vayikra 19:3) - all of you are obligated in honoring me. (Rashi, based on Yevamot 6a).

However, this point alone is insufficient in the case of the Terumat Hadeshen, as the father can claim that there are many yeshivot, so why can't his son learn somewhere "safe?" The response to this claim is based on the gemara (Avoda Zara 13a) dealing with the permissibility of a kohen to leave the land of Israel in order to learn Torah outside of Israel, despite the fact that the Rabbis decreed "chutz la'aretz" to be considered "tamei" [Mishna Oholot 2:3. The reason for this decree is either because the non-Jews buried their corpses without marking the graves (Rambam in his commentary to the Mishna) or because Chazal wanted to discourage people from going outside of Israel (Tosfot Nazir 54b). Whether this applies nowadays or not is a disagreement amongst the poskim, since even in Israel we don't know where all the graves are. (See Shach Y.D. 369:2 and Pitchei Teshuva 369:5)].

The gemara (Avoda Zara) does permit the kohen to do so, but quotes a dispute in this regard. R. Yehuda permits it only if there is no yeshiva for the kohen in Israel. R. Yosi, however, argues and claims "a person does not merit to learn from all." Not every Rebbe is appropriate for every student, and if the kohen feels that he can most gain from a certain rebbe and yeshiva outside of Israel, he may go there. The Rambam (Hil. Avel 3:14) rules like R. Yosi. Therefore, the Terumat Hadeshen concludes that here, too, a son may go to a yeshiva in a town which is dangerous if he is convinced that it is most suited for his growth in learning (Of course, he should reach his decision only after consulting with his parents, teachers, and those who know the prospective yeshivot). 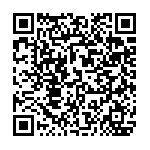 He shall Provide for Healing
Rav Ahron Silver
E

Chometz as Part of a Mixture
Rav Ahron Silver
ע

The four fasting in our time
Rav Ahron Silver
ע