I will not bring upon you any of the diseases that I brought upon the Egyptians, for I the Lord am your healer (Shemot 15:26)

In Yeshayahu we find a similar pasuk:

The Lord will afflict and heal the Egyptians (Yeshayahu 19:22)

Rabbi Zadok HaCohen, in his book Pri Zadik explains that the word “afflict” (nagof) refers to the Egyptians, while the verb “heal” (rapeh) refers to Am Yisrael. He notes that for every plague that God inflicted upon the Egyptians, God extended a parallel positive force upon Am Yisrael. God gave the Jews a gift, a refuah, a positive expression of the negative energy that was inflicted by the plague. For example, in makat bekhorot, God unleashed a destructive force that obliterated the firstborns of Egyptian society. In parallel, God sanctified all of the firstborns in Jewish society, as expressed by the pasuk, קַדֶּשׁ לִי כָל בְּכוֹר פֶּטֶר כָּל רֶחֶם בִּבְנֵי יִשְׂרָאֵל בָּאָדָם וּבַבְּהֵמָה לִי הוּא (שמות יג:ב) (Consecrate to Me every first-born; man and animal, the first issue of every womb among the Israelites is Mine).

The Pri Zadik notes that this pattern can be detected by other plagues as well. Makat choshekh is a case in point. Given that a period of one month elapsed between each of the plagues, makat choshekh happened on the 14th of Adar (exactly one month before makat bekhorot, which coincided with the night that the Jews left Egypt, namely the 14th of Nisan). Parallel to the destructive force of darkness that God unleashed upon the Egyptians during makat choshekh, He extended a positive energy of light upon the Jews. This is expressed by the pasuk: לַיְּהוּדִים הָיְתָה אוֹרָה וְשִׂמְחָה וְשָׂשֹׂן וִיקָר (אסתר ח:טז) )The Jews enjoyed light and gladness, happiness and honor(, which describes the metaphysical light that God showered upon the Jews that day in the aftermath of the Purim miracle.

The Pri Zadik explains that this same relationship can be observed in makat arbeh. One month before the plague of darkness, the Egyptians were afflicted by the plague of grasshoppers. If you consider the sequential order of events, this plague arrived on the 15th of Shevat. The timing was impeccable. The grasshoppers descended upon Egypt in swarms and consumed all plant life - the leaves, the bushes, the trees – and deprived Egypt of its natural sources of food. On this very same date, Tu B’Shevat, Rosh Hashanan La’ilanot, God extends to the Jews the regenerative power of nature, which is perfectly opposed to the destructive forces of nature that were unleashed by makat arbeh.

It is possible that this pattern of parallel contrasting forces that the Pri Zadik observes in the final three plagues in Egypt, can also be identified in earlier plagues. The plague of barad precedes the plague of arbeh by one month, which indicates that barad afflicted the Egyptians in the middle of the Jewish month of Tevet, the month that marks the onset of the winter rainy season. Makat barad is perhaps the ultimate example of a dangerous and destructive rainfall. The hail that afflicted the Egyptians caused injury, extensive damage, and loss of life. The positive energy of the gishmei berakha that God bestows upon his nation at this exact time, rainfall that is meant to satiate the land and cultivate our crops, stands perfectly opposite the destructive force of the hail in Egypt, demonstrating the principle of “nagof” and “rapeh” outlined by Rabbi Zadok.

It is possible that this principle can be detected in other plagues as well, and I invite the reader to consider the timing of the various makot, and the parallel positive forces that God extended to His people in the aftermath of the destructive forces that were unleashed upon the Egyptians. 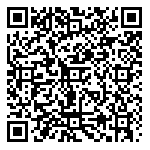