When Moshe Rabbeinu interceded in the altercation between the two Jews, they responded by asking if he intended to kill them in the same manner in which he had killed the Egyptian taskmaster. Moshe then declared, “Indeed, the matter has become known!” (Shemot 2:14). Rashi explains that “the matter” of the Jewish People’s suffering had become known to Moshe. He now realized the reason that they suffered more than any other nation – it was a result of their lashon hara and slander.

This demands some explanation, as we know that Bnei Yisrael in Mitzrayim committed many aveirot, had completely abandoned the practice of brit mila, and were on the 49th level of impurity. None of this, however, sufficiently explained to Moshe why Bnei Yisrael remained in galut. He only understood the matter when he saw that they were also guilty of lashon hara! Moreover, don’t the other nations engage in lashon hara as well?

The Torah refers to lashon hara as rechilut – “Lo telech rachil ba’amecha” (Vayikra 19:16) – and the Ramban explains that the word “rachil” is synonymous with “regel” (as the chaf and gimmel are interchangeable). Similarly, the Rambam writes that it is derived from the word “meragel,” implying that one is walking from one person to another to recount his gossip. Nevertheless, this term is difficult to understand. After all, the primary sin is committed with one’s mouth, not his feet!

The pasuk in Mishlei teaches, “Holech rachil megaleh sod, vene’eman ruach michaseh davar,” “Like one who walks to recount rechilut is one who reveals a secret, and one who is of faithful spirit conceals the matter” (Mishlei 11:13). According to Chazal, a “holech,” one who walks, is one who has no set place and no stability. (“Holech” can also be used in the positive sense, to indicate one who progresses toward a goal, but a “holech rachil” does not progress forward.) In contrast, “ne’eman” indicates permanence, as in the phrase “faithful waters” – waters that are stable and permanent. “Emuna” is not the opposite of falsehood, but rather the opposite of instability. One who is “mechusar emuna,” unreliable, is a person who cannot be depended on, because he constantly changes his mind (and not necessarily one who lies upfront). Similarly, when we say in the brachot of the haftara, “You, Hashem, are ne’eman…and Your words are ne’emanim,” we mean that we rely on Hashem because He and His words do not change.

“Ruach,” spirit, reflects the spiritual level of a person, as in the pasuk, “Ish asher ruach bo,”  “A man in whom there is ruach” (Bamidbar 27:18). Accordingly, one who is “ne’eman ruach” is a person whose will is stable and whose behavior and spirit are stable. This stability is rooted from clear recognition of his place in this world; he is not interested in the secrets of others. This does not mean, of course, that he is indifferent to the suffering of others or their needs, that he does participate in the joys or sorrows, or that he refuses to learn from them. He simply refrains from prying into the details of the lives of others. If one who gains satisfaction by causing machloket by recounting to others what someone else told him, or even satisfaction out of his feeling of importance at being at the center of attention, he clearly is not satisfied with his own life. Such a person feels important through his involvement in the lives of others because he lacks his own place and value. He has no place to plant himself, and he is therefore afraid of standing still, so he constantly “walks.” His spirit never rests inside of him.

In contrast, the “ne’eman ruach” is satisfied with his spiritual life. He is happy with his family and his spiritual and physical attainments. He sees the bracha in his life, and he feels no need to tell things to others, even matters that do not entail rechilut.

Chazal teach that Bnei Yisrael in Mitzrayim “did not reveal the secret.” The precise content of this “secret” is subject to discussion, but the Maharal explains (end of his commentary on the Haggada, explanation of Shir HaShirim) that the very revelation of this secret creates connection to the nations of the world and gives them power to oppress us, whereas keeping this secret united Yisrael into an independent group, even during the galut in Mitzrayim. This is what preserved their identity. It is not coincidental that Chazal treated a “moser” as one who removed himself from the group, in addition to the damage that he caused.

The midrash relates that the nations of the world expressed skepticism regarding the purity of Bnei Yisrael. After all, if the Egyptians controlled the bodies of the Jews, it is logical to assume that they also controlled their women. For this reason, the Torah records the names of the families of the shevatim in Parshat Pinchas with an added yud and hey, attesting to the fact that the Shechina rests among Yisrael, which indicates that the families were not tainted. Chazal write that there was only one exception, who is mentioned by the text – Shlomit bat Divri. What can explain how the families’ purity was preserved by all of the families except for one? Chazal identified one shortcoming, explaining that she was called Shlomit bat “Divri” because she would chatter with everyone.

Control of others is not only dependent on physical strength. As Aristotle taught, there are people who have a slave mentality and others who have the mentality of a free person. A free man who is taken captive will somehow climb out, and a slave will be subservient even if he sits on the throne. (For this reason, the Greek slaves in Rome developed the culture of the very Romans who subjugated them, and the midrash relates that Bnei Yisrael always become the masters of their captors. Indeed, Jews never served simply as cleaning help in the homes of non-Jews.) In preserving the inner tzniut of their family life, Bnei Yisrael prevented any contact and connection with the nations of the world, preventing them from gaining any control over their families. One woman neglected to maintain this boundary; even though she did not intentionally become promiscuous, by connecting to others through speech, she allowed them to gain control over her.

There is a well-known phenomenon that immigrant societies, especially those who live in impoverished neighborhoods, there is a large degree of criminality and internal decay. The one exception is among Bnei Yisrael. The only place in the world in which impoverished areas are not crime districts is among Torah observant Jews. A person who has lost his sense of personal importance does not fight to preserve his dignity, and he is therefore susceptible to descent into a life of crime and the destruction of the family unit and society. Those who live in the spiritual world have an inner nobility that protects them from being influenced by what is happening outside. They have self-respect and dignity, a sense of importance and satisfaction. Members of the family respect and appreciate one another, which provides each member with dignity and protects him from feelings of lowliness due to their external circumstances. This is the power of the Jewish family that observes the boundaries of the Torah. Their mutual faithfulness protects their joint “secret” and ensures their spiritual independence of Klal Yisrael, preparing them for the complete geula.

Moshe was not impressed by the extent of the servitude or the severity of Bnei Yisrael’s other sins. But lashon hara constitutes the destruction of the power of internal ne’emanut, and that is the root of galut and churban in all generations. Thankfully, this impurity did not infect the essence of the people. Most of the nation protected the secret and revealed their ne’emanut, thus meriting the geula. 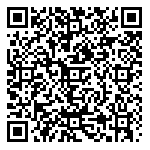