Throughout the history of humanity, kingdoms have aspired to rule over countries and regions far beyond the true need for such conquest. Nevertheless, although all of those kingdoms developed into empires in stages, the rule of Alexander the Great was different. Already from the beginning of his reign, he aspired to rule over the four corners of the globe. How can we explain this aspiration?

Wars are one method by which Hashem brings the world towards its purpose. The gemara in Avoda Zara describes that when the Romans boasted about the fact that they had acquired much silver and gold, thereby developing the world economy and creating a better world for humanity, Hashem responded, “All the silver and gold belongs to me.” Afterwards, the Persians claimed that they had fought many wars, and Hashem responded, “Wars I did.” The truth is that wars do, indeed, advance the world from the point of view of industry and technology. There has been no important innovation, from the creation of the wheel to riding on horses to the construction of airplanes, that was not used at first for the purposes of war, or at was not at least developed due to national military competition. Thus, for example, the development of the study of outer space and the amazing technological advances that resulted from it were all a result of the Americans’ fear of the Russians’ success.  The development of the value of freedom, which allows for safe and comfortable life, was also a result of war.

To this claim, Hashem responds, “Wars I did.” A process that is so intrinsic to the functioning of the world and which brings the world to its final goal must be orchestrated by the Creator Himself.

It is the aspiration of every person, as well as every living thing, to achieve its full existence. In the language of Chazal, they “desire their role.” Whereas animals and plants fulfill this aspiration by existing and multiplying, man has an aspiration to rule over and control the world based on his values and the proper system given his world view, ideas, and philosophy. This is what humans wish to accomplish through their wars.

In his Ner Mitzva, the Maharal explains at length the nature of each of the four kingdoms that have ruled in this world in place of the Kingdom of Hashem, clarifying the inner essence of each kingdom and what it sees as the purpose of life and the meaning of reality, as reflected in their behavior and system of rule. Achashverosh, for example, desired pleasure, and this was the essence of the kingdom of Persia. This was not the simple pleasure of the pig, but rather a complete world designed to advance the cause of pleasure. Achashverosh’s feast was perfect not only in terms of the quantity of food and its extravagance, but also in how all of the desires of the participants were provided for. It was for this reason that he attempted to imitate the throne of Shlomo, and this is why he wore the clothing of the Kohen Gadol and used the keilim of the Beit HaMikdash. These were what he was attempting to replace. Instead of worshipping God, he worshipped pleasure. The failure of his party shattered his world view, indicating that there it is impossible to attain complete physical satisfaction in this world.

The kingdom of Greece placed human wisdom against Divine wisdom, the aesthetic wisdom of Yefet against the inner wisdom of Shem. Greece aspired to make its world view rule over the entire world. This explains their aspiration to translate the Torah into Greek, so that their knowledge would include all human wisdom.

An interesting midrash illustrates the Greek perspective. The midrash describes a court case that came before the king of Katzi. One man sold a field to another, and when the buyer plowed the field, he found a chest filled with gold coins. The seller insisted that he had sold the field and everything in it, such that he no longer had any rights to the chest, while the buyer argued that he had bought the field and nothing else. The king suggested that to resolve the dispute, the son and daughter of the buyer and seller should marry one another. In this way, both parties would both give and receive. Alexander the Great, however, reacted differently. He state that he would have both parties killed and add the coins to his treasury. The king of Katzi then stated that it only rained in Alexander’s kingdom in the merit of the animals, as the pasuk states, “Man and beast are saved by Hashem.”

This story raises a number of questions. In particular, Alexander’s response does not seem to be logical.

Alexander the Great operated on the premise that the purpose of life and its true content are expressed in the development of human wisdom and technology and scientific and cultural advancement, which make the world into a more comfortable and pleasant place to live in. The way to achieve this is through competition and the glorification of aspiration, which sanctifies the human desire to attain more and more, even if this necessitates trampling others in the process, as this is what makes the world progress.

In Alexander’s view, satisfaction with one’s lot, as well as any perspective that does not aspire to consume but rather to give, is dangerous for the world, and should therefore be punishable by death. The truth is, however, that the world is actually driven by the will to give, “Olam chesed yibaneh.” This is reflected in the rain, which falls in the merit of the animals, who fulfill their roles without deviation.

The gemara relates the story of Alexander’s meeting with Shimon Kohen Gadol. When Shimon came out to greet the emperor, Alexander bowed down to him and told his men that he would see the image of Shimon before every battle that he won. Shimon HaTzadik, wearing his bigdei kohen gadol, was in Alexander’s mind the image of the perfect person. Nevertheless, Alexander did not wish to follow the path of Shimon HaTzadik. Indeed, the gemara relates that when Alexander reached the gates of Gan Eden, he begged to be taught some secret from “Torat Gan Eden,” and he was taught the secrets of the human eye. Despite being privy to the secrets, however, Alexander did not change his ways.

Of course, there is some room for Alexander’s style of perfection even in the world of Shimon HaTzadik. There is room for the perfection of aesthetic wisdom, as represented by Greece, when that wisdom is used as an external vehicle for the inner wisdom of Shem.

The gemara records a debate between Alexander and the Chachmei HaDarom regarding a number of philosophical issues. Alexander – who was, after all, the student of Aristotle – presented a number of questions with the goal of bringing about a discussion about the idea that the world had no beginning, a discussion that the chachamim avoided so as not to upset Alexander. In the end of the discussion, Alexander asked an interesting question: “According to your worldview, according to which you do not attempt to strengthen yourselves so as to prevent the government from causing you harm, you should logically honor the government that allows you to live (and perhaps honor it through prayer on its behalf)!” Behind this question lies the premise that a society that invests in spiritual values endangers its very existence. Through this claim, Alexander wished to justify his own worldview. The chachamim responded that the government’s power is dependent on its maintenance of its value system. It cannot violate is promises. They are therefore not afraid of Alexander, despite his ostensible unlimited power.

We can understand this response based on a gemara that records a discussion comparing the Jews and the nations of the world (Pesachim 87). According to one view, Bnei Yisrael are more cruel than the other nations; after all, Yoav killed all of the males of Edom, whereas the nations of the world allow Yisrael to live among them. The conclusion, however, is that the nations do not destroy Yisrael only because the honor of the government demands that it not harm its constituents, even if they were hated. (It was for this reason that Haman was the one who was to carry out the plan to annihilate the Jews, and not Achashverosh, who simply pretended not to see.)

This is what the chachamim meant in their response to Alexander. When he attempted to demonstrate his power in contrast to their weakness, and thereby to convince them of the importance of his accomplishments, they responded that they were unconcerned by his power, as their survival was assured. Alexander understood their answer and recognized their greatness. 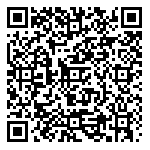