There is a mitzvah deoraita to bury a person executed by bet din. [The Lechem Mishne (Hil. Avel 12:1) quotes two versions in the Gemara Sanhedrin (46b), one that extends the Biblical commandment of burial to all dead people, not only those executed by the court, and one that requires burial only by Rabbinic edict.] The Gemara (45b) also requires that the object used by the court to kill the person be buried within four amot of him. Furthermore, there must be two separate burial grounds, one for those sinners who are stoned or burnt and another for those who are decapitated or strangled.

Similarly, there is the law that a righteous person should not be buried next to a wicked one, derived (47a) from the story of Elisha Hanavi in Sefer Melachim (II 13:21). A rasha was accidentally buried in Elisha's grave, so G-d performed a miracle and briefly resurrected the person so that he could be buried elsewhere. The Gemara in Yevamot discusses the definition of tzadik and rasha in regard to these laws. We assume that although it is forbidden to bury two people who differ by as little as one aveirah next to each other, this law rarely applies, as we have no way of discerning how many mitzvot or aveirot a person has. [The Gemara also discusses there whether the rule of "ain issur chal al issur" is restricted to the framework of punishments, or whether it actually means that the second aveira was not done.]

The Gilyon Maharsha writes in Yoreh Deah (362:5) that the distance required between two people who must be separated is eight amot (cubits). This is because each dead person has four amot that are considered as being part of his "tefusa" (grabbing), and therefore we should be careful that their tefusot do not overlap one another.

Halacha also mandates separate burial grounds for Jews and non-Jews. It is classically assumed that here, too, the required distance is eight amot. However, one recent posek argues with all the classical poskim and claims that a distance of only four amot is sufficient. His claim is made upon the presumption that the tefusa of four amot is only Rabbinically required with regard to Jews, and is nonexistent for non-Jews.

His rationale is as follows. The Gemara in Sotah records a gezeira (Rabbinic decree) that the four amot around a grave are metamei, lest one lean over the grave and become tamei through the tum'a deoraita of ohel. This posek assumes that the four amot tefusa is based on this decree. Now, R. Shimon and the Sages dispute in Bava Metzia whether non-Jews are also metamei through ohel. Tosfot rule like the Sages that they are, whereas the Rambam argues and follows R. Shimon that they are not. The Shulchan Aruch decides like the Rambam, but adds that is preferable for Kohanim to be stringent like Tosfot. Thus, when it comes to the distance needed to separate a Jew from non-Jew, four amot is sufficient, as non-Jews, who do not cause Jews to become tamei through ohel, do not require the rabbinical distance of four amot. Therefore, only the four amot due to the Jew are needed.

However, this is highly questionable for a number of reasons. First of all, it is inconceivable that before the decree recorded in Sotah there was no need to leave a minimum distance separating between reshaim and tzadikim. The Torah would not add a mitzvah simply to tell us that one cannot bury a rasha in the same grave as a tzadik with their bones actually touching, for who buries people like that anyway? There obviously must be a certain distance required mideoraita. Second, the pasuk requiring the object used to kill the person to be buried within four amot of the person cannot be dependent upon the rabbinical decree. Third, the Rabbinic decree in Sotah requiring a distance of four amot (6-8 feet) seems exaggerated. There is no way that a full four amot are needed to make sure that one would not be ma'ahil on the tomb! Finally, we have a principle that mitzvot derabanan must be "k'ein deoraita" -- similar to a Torah ordained commandment.

All this seems to lead to the conclusion that the Rabbinic decree of four amot is based upon the Torah concept of tefusat hamet, which must have been known by tradition to be four amot. Therefore, even according to the Shulchan Aruch's decision that a non-Jew is not metamei beohel, a separation of eight amot would still be needed to insure that the tefusa of the Jew does not overlap with the tefusa of the non-Jew. The Teshuvot Tuv Taam Vda'at additionally requires a fence separating above ground, since otherwise it would be like the grave is "nifratz lemakom haasur - open to a prohibited place."

Rav Soloveitchik, zt"l, once made a siyum on Masechet Berachot following eleven years of shiurim at the Moriah Synagogue. He pointed out that although Berachot deals mostly with Rabbinic laws, one should not mistakenly think that on the Torah level all this learning was considered bittul Torah. He explained, based upon the Rambam's opinion in the Sefer Hamitzvot (first shoresh), that while certain mitzvot may be only derabanan in regard to their CHOVAT HAGAVRA (obligation to fulfill), they constitute a CHEFTZA SHEL TORAH (object of Torah) on a deoraita level. Therefore, there would be a kiyum deoraita of the mitzvah of Talmud Torah when studying these halachot. We find in Eiruvin (13b) that while Bet Shamai's opinions are not considered at all when they argue with Bet Hillel (except for twenty-four cases; see Tosfot Succah 3a), and are not even considered a safek kol d'hu, they are still considered "divrei Elokim chayim." Learning their opinions is definitely not considered bitul Torah, as many pages of Gemara are dedicated to their opinions even when it would have no effect on halacha. The same is true regarding all rabbinic laws, that they are considered texts of Torah, and learning them is considered Talmud Torah on a deoraita level. In order to ensure this, the Chachamim were always careful to pattern their laws after a Biblical paradigm, to ensure that they would all be "cheftzas" of Torah.

There are many other examples of this rule. The Mishna in Challah and the Gemara in Beitza discuss when the issur deoraita of tevel begins. They conclude that on the Torah level, produce is considered tevel only after the pile of grain has been smoothed (mairuach), and the grain has passed over the threshold of the house (re'eiyat pnai habayit.). Rabbinically, there are six other actions or occurrences that have the power to make produce tevel, among them selling, cooking, salting and eating on Shabbat. [The Maharach Or Zarua concludes from here that any eating of pat haba b'kisnin on Shabbat would be considered a permanent meal and one would have to say birkat hamazon, but most argue.] These occurrences cause the eating of the food to be considered a permanent eating (keva) and thereby subject to the commandments to separate trumot and maasrot.

What is the source for such an enactment, and why particularly these occurrences? Why aren't all issurei derabanan forbidden only when eaten in a keva fashion? The Rambam (Peirush Hamishnayot to Trumot, quoted by the Mikdash David) explains that this rabbinic decree is based upon the deoraita. The Torah requires "mairuach" and "re'eyat pnai habayit," two precedents for a regular ("keva") meal, for the prohibition of tevel to apply. Following this model, the Chachamim added six other actions that also lead to an eating that is classified as "keva."

The Gemara in Eiruvin, in discussing the Rabbinical enactment of eiruvei chatzeirot, rules that a Jew who lives in a courtyard or building otherwise inhabited entirely by non-Jews, does not need to make an eiruv or rent their domain. This is because "dirat nochrim k'dirat beheima - a non-Jew's dwelling is like that of an animal's." What is the source for this concept?

The Gemara in Megilla (3b) describes a walled city as one that was first surrounded by walls and only then inhabited; if the process was reversed, the city is not considered a walled city according the halacha. The Ran (2a) applies this halacha both to the laws of redeeming sold property in the city, and to celebrating Purim there. He proceeds to raise an obvious question. If this is needed, how do we know if the walled cities conquered by the Jews when they entered Israel were fortified before they were settled, or the reverse? He answers that until Israel entered the land, the cities were not considered as having been settled, since "dirat nochrim k'dirat beheima," and the Jews were therefore the first settlers, which was obviously after the walls were built! Perhaps this paradigm served as the source for the law in eruv chazeirot.

The Gemara in Beitza (30a) and Megilla (9a) discusses the concept of tosefet Yom Kippur. [The Rambam rules that the concept of tosefet applies only to Yom Kippur, but not to Shabbat or Yom Tov. The Shulchan Aruch (O.C. 261), however, quotes Tosfot that there is always a mitzvah to add kodesh onto the chol.] The Gemara in Beitza writes that nonetheless, one should not warn people to stop eating early and accept Yom Kippur, as "mutav sheyihyu shogigin v'al yihyu mezidin - it is preferable that they violate inadvertently, and not willfully." Tosfot presume that it is unlikely that people would eat right until dark, since they might easily miscalculate, and violate Yom Kippur itself. Yet, even though they would have stopped before dark, the Gemara considers them as violating tosefet. This implies that there is a set minimum time for the tosefet that these people are violating, but there is no time recorded in the Gemara. The acharonim quote Rabbeinu Peretz (Beitza 30a) that the time is thirty minutes. From where did he derive this time frame?

Perhaps Rabbeinu Peretz extrapolated this from the Rabbinic law in the beginning of Arvei Pesachim. The Gemara (99b) forbids starting a meal "samuch" (close) to the time of Mincha on Erev Pesach so that he will eat the matza at night with an appetite. The Rashbam defines this time as thirty minutes. Since this derabanan is probably based upon a deoraita, Rabbeinu Peretz must have assumed that the thirty minutes probably come from some Biblical source -- tosefet Yom Kippur, Shabbat and Yom Tov.

Another example is that although mideoraita all prohibited items are nullified (batel) by a majority of heter, Rabanan decreed that certain items should not be batel. What is the source for such a concept? R. Soloveitchik, zt"l, answered based upon the Chavat Da'at in Yoreh Deah that PEOPLE are not batel even on the deoraita level. [This is the opinion of the Ramban and the Rashba (Gittin 64a), but other rishonim argue.] This would be the source for the Rabanan's enactment.

Additional references by topic: 1. Separation of 8 amot - Eretz Hatzvi, p. 126. 2. There is a lengthy explanation in Mesorah, vol. 5, p. 10, of the dispute between the Rambam and the Ramban in the Sefer Hamitzvot (shoresh 1), where the cheftza shel Torah is deoraita, but the chovat hagavra is derabanan. 3. Cheftza shel Torah, even though the chovat gavra is derabanan - Nefesh Harav, pp. 40-41. 4. The six things that make something keva according to the rabanan are denoted in the Rambam, Hilchot Ma'aser, 3:3. 5. Keva/arai meals regarding tevel - Mikdash David, Hilchot Ma'asrot, 56:3 s.v. "Katav Harambam b'pirush hamishnayot" 6. Dirat nochrim k'dirat beheima - B'ikvei Hatzon, p. 68. 7. Half hour for Tosefet Shabbat - ibid, pp. 70-71. 8. People are not batel - Beit Yitzchak, 5758, p.82. 9. The Kovetz He'arot raises the difficulty regarding the deoraita basis for cases where the rabanan were stringent on some items that are not batel, see siman 59, ot 4. 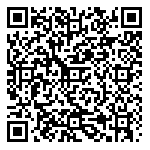 Avi Rosenbaum based on a shiur given in Kerem B'Yavneh, Cheshvan