The Future Celebration of Succot by the Nations

In the Haftarah for Shabbat Succot, Zechariah describes at length what will occur in the war of Gog and Magog. The war concludes with a mysterious plague that afflicts Israel's enemies, and destroys them and their animals.[1] In the remainder of the chapter, Zechariah describes what will happen after the war: "All who are left over from all the nations who had invaded Yerushalayim will come up every year to bow before the King Hashem, Master of Legions, and to celebrate the festival of Succot." (Zechariah 14:16)

The Gemara (Avoda Zara 3b) teaches that the war of Gog and Magog against Israel is essentially, "against Hashem and against His Messiah." (Tehillim 2:2) Therefore, it is understandable that, as a result, the non-Jews who survive will come to bow before the King, Hashem. Zechariah states in the previous pasuk, "Hashem will be king over the land; on that day Hashem will be One and His Name will be One. (Zechariah 14:9) Presumably, "all who are left", are the righteous gentiles who survived the plague that destroyed the wicked amongst them. Now they will be free to express what perhaps they felt even before the war – their recognition of G-d's rule of the world. But what connection do they have to Succot? Why did they choose to fulfill specifically this mitzvah? "To bow before the King Hashem" – is well understood; "to celebrate the festival of Succot" – requires explanation!

A wonderful and simple explanation is given by the Malbim and Metzudat David: "Because the downfall of Gog and Magog will be on the festival of Succot, they will go up to celebrate the festival to commemorate the miracle that was done for them on that day. (Malbim) "Because this plague will be on the festival of Succot, therefore they will come on it every year to be a remembrance." (Metzudat David)[2] Let us not forget that although the primary miracle of the war was for Am Yisrael, at the very same time a great miracle was done for the non-Jews who remained alive, when all their comrades were wiped out in the awful plague! The anniversary of the miracle is Succot, the time of the war of Gog and Magog, and therefore they go up to Yerushalayim on this holiday to thank G-d.

The second reason for their coming on Succot is that at this occasion they came to the true recognition of G-d's rule in the world. As a commemoration of this wonderful era of the revelation of His rule in the world, they come to note the holiday of "redemption" of Am Yisrael, in particular, and of the redemption of the entire mankind from the forces of darkness and atheism.

In addition, the nations are drawn to celebrate specifically Succot, because this holiday symbolizes more than any other festival the universality of G-d's rule in the world, and of the bond of Israel's concern and responsibility to the nations of the world. Before we examine the uniqueness of Succot in this regard, we need to clarify the Torah's perspective on the relationship between Israel and the nations, and to debunk a mistaken perception that seems to have been accepted by some learned people.

It is true that the Torah emphasizes very much the difference between Israel and the nations, both from a general, theoretical perspective, and from the practical perspective of mitzvot. It is true that G-d says to Avraham, "Go forth from your land, from your relatives, and from your father's house" (Bereishit 12:1), and he is called "Avraham the Ivri" (14:13) – because the entire world was on one side, and he is on the other. (Bereishit Rabbah 42:13) Furthermore, it says about Israel: "Behold! It is like a nation that will dwell in solitude and not be reckoned amongst the nations." (Bamidbar 23:9)[3] There are hundreds of similar verses and statements of Chazal. This view finds practical expression in the mitzvot, as there are many laws who goal is to prevent closeness between Jews and non-Jews. All this is, indeed, true.

However, it is necessary to emphasize that G-d is the Creator of the entire world, and all of mankind, and He is G-d of all the nations. Immediately after the command, "Go for you...", which indicated detachment from the world, Avraham is informed, "all the families of the earth shall bless themselves by you." This is the goal and the ideal! It is true that on our way to fulfill this goal we need to emphasize the difference between us and the nations. Yet, the difference and the detachment are only tactical, while the overall strategy speaks of partnership and unity. The goal of Creation is "to restore the world with the Kingdom of Shad-dai and all people will call in Your Name to turn to you all the wicked of the world. All the inhabitants of the world should recognize and know that to You will bow every knee and swear every tongue."[4] Thus we pray in the prayer of Rosh Hashana, "Thus, give Your fear, Hashem, our G-d, on all of your works, and your awe on all that you created." The prophets all spoke, each in his own style, of the idea expressed by Yeshaya: "Many peoples will go and say, 'Come and let us go up to the mountain of Hashem.'" (Yeshaya 2:3)

This partnership finds practical expression nowadays in the mitzvot of Succot, when Am Yisrael offers special sacrifices for the nations of the world, for their peace and good: "To what do these seventy heifers correspond to? To the seventy nations." (Succah 55b) Rashi explains: "To atone for them, so that rain will fall on the entire world, since on Succot [the world] is judged about rain." The seven ushpizin wandered amongst the nations, and brought blessing wherever they were.[5] R. Yehoshua b. Levi taught: "If the nations would have known how good the Temple is for them, they would surround it with guards, as it was better for them than for Israel." (Bamidbar Rabbah 1:3) Many of the ideas of the holiday – trust in G-d, unity, harmony with nature, sufficing with little, and others – are appropriate for all of humanity.

Since this is the holiday in which we opened the door to the nations of the world, the nations use this door in order to join the ranks of those who believe in G-d. This faith they express through observing Succot.

[2] It seems that the Malbim emphasizes their miracle more, while the Metzudot focuses on the general commemoration, but it is not clear.

[3] For a discussion of whether this pasuk describes a given circumstance of whether it is a guide of proper behavior for Bnei Yisrael, cf. Yonah – Nevuah V'tochacha, p. 196.

[4] From the prayer, Aleinu Leshabe'ach. We addressed the "contradiction" between the two passages of Aleinu, a contradiction relevant to the discussion here, in Iyunei Haftarah, p. 232 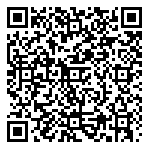