Haftarah: "The Punishment of the Nations"

The prophet Zechariah describes the positive attitude of the nations who will survive the war of Gog and Magog:

It shall be that all who are left over from all the nations who had invaded Yerushalayim will come up every year to worship the King Hashem, Master of Legions, and to celebrate the festival of Succot." (14:16)

Although the implication is clear, Zechariah elaborates in the following three verses about those nations who will not submit to Hashem:

It shall be that whichever of the families of the land does not go up to Yerushalayim to bow down before the King, Hashem, Master of Legions, there will be no rain upon them. (17) But if it is the family of Egypt that does not go up and does not come [to Yerushalayim], there will be no [water] from them; the same plague will come to pass with which Hashem will strike the nations that do not go up to celebrate the festival of Succot. (18) This will be the punishment (chatat) of the Egyptians and the punishment (chatat) of al the nations that will not go up to celebrate the festival of Succot. (19)

We will first examine and explain each verse individually, and afterwards, we will address the question: Why are nations who will not observe Succot punished; are they commanded about this? The mitzvah of Succot is not included in the seven Noahide mitzvot, so why should it serve as a reason for punishing them?

The festival of Succot is not mentioned explicitly in v. 17, but in order to understand the verse, it is necessary to read it together with v. 16 that speaks of the nations who will go up to celebrate the festival of Succot. After the war of Gog and Magog, knowledge of Hashem and recognition of Him will spread, and many people of the world, including non-Jews, will come to bow to Hashem and to thank Him for his goodness. First and foremost of them is the granting of life, which is symbolized by rain. "The day of rain is greater than the Resurrection ... as the day on which the Torah was given ...... as the day on which heaven and earth were created." (Ta'anit 7a-b). One who does not go up to thank on Succot, which is the festival of water and life, deserves that he should not be blessed with rain.

Rashi writes in the name of the Tosefta: "Why did He decree upon them withholding the rain? Because the mitzvot of [Succot] come for the rain. The four species of the lulav and the libation of the water come to appease about water. This is because Succot is the time of the annual rains, and those that question the festival of Succot will not have the rain." According to the Malbim, the drought is not per se a punishment, but rather the withholding of blessing from one who did not pray for it: "The bestowal of rain will be from Yerushalayim, since on Succot we are judged about rain and pour the water libation. A nation that is not there, will not be remembered for good with rains of blessing."

V. 18 speaks of the lands that do not seem to need the blessing of rains, first among them Egypt, "which the Nile rises and waters it." (Rashi) This fact that water is readily available brought Egypt and its kings to boast about their ability and to deny the existence of Hashem: "I am upon you Pharaoh, King of Egypt ... who said, 'My Nile is mine, and I created myself.'" (Yechezkel 29:3) If the family of Egypt does not come – rain will not come also upon them. The commentators differ in explaining the end of the verse, "the same plague will come to pass." Some explain that the plague is the famine that will come on account of withholding the rain. Rashi writes:

"Not for them" – the rain will be theirs; i.e., the Nile will not water them.

"the same plague" – of famine,

However, the "plague" serves in our chapter to describe Hashem's punishment of the wicked in the time of the war of Gog and Magog: "This will be the plague ... Each one's flesh will melt away ... Similarly will be the plague of the horse." (14:12,15) If the prophet used the definitive heh in our verse, apparently he refers to the plague that he spoke of earlier. Therefore, Ibn Ezra writes that besides the punishment of withholding the rain that is explicit in the beginning of the verse, "the rain will not be upon them" – as an additional punishment, "the same plague will come to pas" – "his flesh will melt away." The Metzudat David also writes, "The plague is the melting away of the flesh.

In the beginning of Masechet Avoda Zara (2a) the Gemara relates an interesting dispute that will take place in the future between G-d and the nations of the world. "In the future, G-d will bring a Sefer Torah and place it in His lap, and say to whoever dealt with it that he should come and take his reward. Immediately the nations gather and come... " The Gemara describes the discussion between G-d and the nations of the world, and only after Hashem proves to them that only Am Yisrael observed the Torah do they decide to repent (Avoda Zara 3a):

They said before Him: Master of the Universe! Give us in advance and we will observe it. He said to them: Fools, one who toiled on Erev Shabbat [Rashi: In this world], will eat on Shabbat; one who did not toil on Erev Shabbat, from where will he eat on Shabbat? Even so, I have a simple mitzvah called Succah, go and do it ... why is it called a simple mitzvah? Because it is inexpensive. Immediately, each one takes [reward], goes and makes a succah on his roof. G-d brings out the hot sun in the summer season, and each and every one kicks his succah and leaves, as it says, "Let us cut off [His] cords and cast off [His] ropes from ourselves." Immediately G-d sits and laughs at them.

Of the many explanations as to why specifically the mitzvah of Succah was chosen to test the nations, we will bring briefly the explanation of the Maharal. The Maharal explains that the mitzvah of Succah represents leaving the natural world, a person's normal house, to a non-natural world that stands under the direct guidance and custody of G-d. One who aspires to be involved in Torah should detach himself for the natural world and be above nature. Therefore, the trial was the mitzvah of Succah. "However, the nations, all their manner is natural, and they are under this. When there comes something that is against them, which is supernatural, they kick it, since they left their natural boundaries ... But Israel are special in that they rose above nature ... Even though they are also somewhat natural, as people are not angels, and they are sometimes exempt from Succah when the mitzvah is against nature, and therefore one who suffers is exempt from the Succah, still they do not kick, because they desire and like to rise above nature." (Chidushei Aggadot) 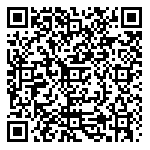