The Joy of Succot

Succot is characterized by great joy, which is expressed by the simchat beit ha’shoevah throughout the entire Chol Hamoed of Succot. The question is: What is the reason for this great joy specifically on Succot?

To answer this, we will cite two sources. The Mishna (Rosh Hashana 1:2) teaches:

Regarding Chag (=Succot), there are three [references to] “joy.” It says, “You shall rejoice on your festival” (Devarim 16:14), “You will be completely joyous” (16:15), and “You shall rejoice before Hashem, your G-d, for a seven-day period” (Vayikra 23:40). Yet, regarding Pesach, “joy” is not written even once. Why? On Pesach the grain is judged, and man does not know whether the year will produce grain or not. Therefore, “joy” is not written there.

Similarly, there is only one [reference to] “joy” regarding Atzeret, as it says, “You shall observe the festival of Shavuot for Hashem, your G-d ... You shall rejoice before Hashem, your G-d.” (Devarim 16:11) Why is “joy” written once? Because the grain is gathered in. And why is “joy” not written twice? Because the fruit are being judged. However, on Succot three [references to] “joy” are written, because the souls were emancipated on Yom Kippur, and also because the grain and fruit are inside.

This Midrash indicates that the reason for the special joy of Succot is because when a person has financial security regarding his grain and fruit, he can experience great joy.

However, in the Chassidic teaching there is an additional reason for the joy of Succot, which can provide a deeper understanding of this Midrash. Pesach represents the initial stage in the service of G-d. Bnei Yisrael just left Egypt, and have not yet received the Torah. They are sunken in the forty-nine gates of tumah (spiritual impurity). Therefore, it does not say “joy” regarding Pesach, since we are still standing at the beginning of the way, and we have in our hands neither grain nor fruit. (Grain represents the acceptance of the Torah, which is spiritual “grain,” and fruit represent the actual observance of mitzvot, which are spiritual nourishment.)

Shavuot represents a more advanced stage. After Bnei Yisrael already accomplished the necessary preparations for accepting the Torah, they refined themselves and were purified during forty-nine days, now they accept the Torah. Therefore, it says “joy,” “because the grain is gathered in.” Additional “joy” is not written, however, because here there is only the thought and declaration of kabalat haTorah, while there is no guarantee that Bnei Yisrael will observe the Torah in practice, in their daily lives.

Succot symbolizes the state of man who already follows the way of Hashem, who serves his Creator also in practice. A significant time-period has already passed since matan Torah, a period of actual observance – “the grain and fruit are inside.”

Moreover, during this period Bnei Yisrael sinned with the golden calf and afterwards repented. Through this they proved that even after moral decline it is possible to ascend once again and return to the source of holiness.

Therefore, it says “joy” regarding Succot three times, since we can now safely assume that one’s worship will be proper, after having withstood the test of time, since Shavuot, and the test of decline and return back to the source.

Another explanation of the joy of Succot is connected to the festival’s name, “Chag Ha’asif.” Succot is the festival during which one gathers many merits and mitzvot, after having refined himself during the Yamim Noraim, and this causes him great joy, as it says, “Light is sown for the righteous; and for the upright of heart, gladness.” (Tehillim 97:11) After we straightened our hearts during the Yamim Noraim and we repented out of fear, comes the joy of Succot, during which we repent out of love of G-d, which is repentance on a higher level, we receive Divine shefa (influence), and we gather mitzvot. Furthermore, when a person repents out of fear, the sins that he committed willingly are reduced to unintentional ones, whereas when a person repents out of love, his sins are converted to merits. Therefore, at the simchat beit ha’shoevah we draw up the sins that we cast away on Rosh Hashana, since on Succot we repent out of love and the sins are converted to merits. Therefore, the joy is great.

Hopefully we will merit seeing the fulfillment of Yeshaya’s words (35:10):

Then the redeemed of Hashem will return and come to Zion with glad song, with eternal gladness on their heads. They will attain joy and gladness, and sadness and sighing will flee. 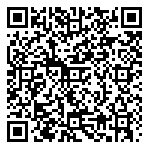