Let us examine the way Chana's prayer and her song influence the Rosh Hashana davening. The Gemara (Megilla 31a) writes that this passage was chosen for the Haftarah, "because she [Chana] was remembered on Rosh Hashana." (Rashi)

In the Rosh Hashana davening the verb "pakad" generally means 'remember.' This is true in the Zichronot prayer: "You remember all creatures in the universe, and You remember all creatures fashioned since earliest times ... For every spirit and soul to be remembered ... Creatures are remembered on it ... Who is not remembered on this day ... You remembered him with words of salvation and mercy." It is also true in the Torah portion and Haftarah: "Hashem had remembered Sarah as he had said" (Bereishit 21:1); "For Hashem had remembered Chana." (Shmuel 2:21) However, in light of Chana's prayer it would seem that there is another way to understand the verb "pakad." Chana emphasizes in her prayer that Hashem is Omnipotent and that He manipulates the laws of nature according to His will: "Hashem brings death and gives life, He lowers to the grave and raises up. Hashem impoverishes and makes rich, He humbles and He elevates." In other words, Hashem orders and commands ("poked") reality and controls it according to his will.[1]

Rosh Hashana is the day on which we emphasize that Hashem is "King over the entire world" and it is our job to coronate Him. Now we can understand every usage of "pakad" in the davening both as remembering and as a command issued by Hashem who rules us all. With these understandings we can coronate Him over us.

Chana's song is the source for the number of blessings in the weekday Amida: "Chana prayed ... Chana was praying 18 blessings." (Yalkut Shimoni II:80) Her song is also the source for the number of blessings in the mussaf of Rosh Hashana. Every Shabbat and holiday we sanctify the day in a special blessing which we say between the first three blessings and the last three blessings, so that the total is seven. On Rosh Hashana three additional blessings were added – malchuyot, zichronot and shofarot[2] – so that there should have been ten blessings! However, the blessing of kingship was added to the blessing of the sanctity of the day, which makes the total number of blessings nine: "Rabbi Akiva replied to him: One should say Avot, Gevurot and Kedushat Hashem, and he includes malchuyot with the sanctification of the day." (Rosh Hashana 4:5) The Gemara explains: "These nine blessings, to what do they correspond? They correspond to the nine mentions [of the Divine name][3] that Chana said in her prayer." (Brachot 29a)

In regards to Chana's first prayer, before she was granted a child, the Gemara teaches: "R. Elazar said: Chana cast words upwards (hiticha devarim klapei ma'ala), as it says, 'She prayed on/to G-d.'" According to the simple meaning of the Gemara, it seems that the expression, "cast words upwards" carries a negative connotation, and R. Elazar is criticizing Chana. The continuation of the Gemara is understood in the same manner: "Eliyahu cast words upwards, as it says, 'You turned their heart backwards.'" Eliyahu, as it were, was complaining to G-d, and "blaming" Him that He caused Bnei Yisrael to sin.[4]

Indeed the Maharsha explains this way:

"She cast" – as it says earlier: "If You will surely see" (im ra'oh tir'eh). If You will see – fine; if not – I will go and hide from Elkana my husband ... and you will not make Your Torah false. Alternatively, [this refers to] what she said, "The breasts that you gave on my heart, what are they for? Not to nurse with them? Give me a son, and I will nurse with them." The word 'cast" means, one who challenges Heaven."[5]

The brazenness in Chana's claims is the source for the negative tone with which the Gemara relates to Chana's prayer.

In contrast to the Maharsha, R. Chaim Volozhoner find in "casting towards heaven" a positive connotation. R. Chaim deals at great length with the idea that prayer, in general, and the Rosh Hashana prayer, in particular, should not focus on man's needs, but on the suffering of the Divine exile (Nefesh Hachaim 2:11-12):

Just as a soldier casts aside all personal concerns and interests, and sacrifices himself willingly entirely for the king's honor, so, too, it is very proper for a straight person to place all of his intentions and the purity of his thought in his prayer just to give strength to the holy realms, to remove the impure spirit from the world ... We see that the formulation of the Rosh Hashana prayer is arranged from beginning to end only on the glory of His reign ...

This is what Chazal taught about Chana: "She prayed on/to Hashem – she cast words upwards." This means that she herself was bitter, but, despite all this, she cast here pain aside and did not care to pray about this at all, but cast her words of prayer before Him about the suffering of Heaven.

If, as it were, we would join in His suffering, He will also join in our suffering and hasten His redemption – our redemption: "It is for You to save us!"

[4] In the Gemara it says that "G-d went back and agreed with Eliyahu, as it says, "and that I have made bad," as if G-d made the nation bad. In the continuation of the Gemara it is mentioned that Moshe also "cast words upwards."

[5] Compare to the brazen claim of the people of Nineveh, "They shall call out mightily to G-d." (Yonah 3:8) According to the comment of the Yerushalmi, "They stood calves inside and their mothers outside, and said: If You do not have mercy on us, we will not have mercy on them! ... What does, "Mightily" mean? R. Shimon b. Chalafta said, "The audacious overcame the straight." (Ta'anit 2:1) 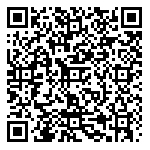