The Festival of Rosh Hashana

The Mishna (Rosh Hashana 4:1) uses a uniqe expression for the name of this holiday: “The yom tov (festival) of Rosh Hashana.” We do not find a parallel expression regarding the other holidays, such as “yom tov of Pesach,” or “yom tov of Succot.”

The Pachad Yitzchak infers from the language of the Maharal that this day of Rosh Hashana is composed of two qualities. It is a day of judgment, and also a day of remebrance. However, the aspect of judgment is not mentioned in the Torah. Apparently, the mikra kodesh (holy convocation) of this day is rooted only in the fact that it is a day of remembrance, whereas the aspect of judgment does not cause the title, mikra kodesh. This first day day becomes mikra kodesh bacause G-d remembers us on this day, and “remembrance” implies for good.

The Ramban alludes to this in Parshat Emor (Vayikra 23:24):

The Torah did not explain the reason for this mitzvah, why blow shofar blasts, and why we require remembrance before Hashem on this day more than on other days … However, because it is in the month of Yom Kippur, at the beginning of the month, it appears that on [this day] there is judgment before G-d … On Rosh Hashana He sits on the Throne judging justly, and afterwards, in the ten days he forgives the sins of his servants. The Torah hints to this matter, as is known amongst Israel from the prophets and the holy anscestors.

He is saying that the notion of Rosh Hashana as the day of judgment was known orally, whereas the Torah did not relate to this, but instead began with the festive aspect of the day.

This approach can be deduced from the precise language of the Torah. Regarding all the other festivals, the phrase mikra kodesh precedes the mitzvah of the day, indicating that the sanctity of the day and its events cause the mitzvot of the day:

·        On Yom Kippur: “On the tenth day of this seventh month there shall be a mikra kodesh  for you and you shall afflict yourselves; you shall not do any work.” (Bamidbar 29:7)

This is also the meaning of the ambigous prayer in the section of zichronot: “From the beginning You informed this, and beforehand you revealed it.” Before we talk about the day of remembrance, we need to mention that there is a prior element, the day of judgment, on which G-d remembers all the creatures, which He informed of from the beginning and which stands in the background. Afterwards we conclude, “Who remembers the covenant,” which is the essence of the day of remembrance – that G-d remembers us for good, since all “remembrance” is for good. 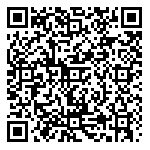