Prayers in Lieu of Bikurim

The Midrash Tanchuma at the beginning of our parsha teaches:

This is what the pasuk means when it says, "Come! Let us prostate ourselves and bow, let us kneel before G-d, our Maker." (Tehillim 95:6) Isn't bowing a part of prostration, and prostration a part of bowing? What, then, does the Psalmist mean, "prostrate," "bow" and "kneel?" Rather, Moshe saw through prophetic vision that in the future the Beit Hamikdash will be destroyed, and that the Bikurim (the first fruits), will no longer be brought. Therefore, he established that Israel should pray three times a day.

This midrash requires explanation. What is the connection between prayer and Bikurim? We know, indeed, that the three daily prayers were instituted in place of the daily offerings, but what special relevance is there to Bikurim? Perhaps we can explain the midrash in the following manner.

There is a famous gemara in Brachot (26b) which says that our forefathers instituted the three daily prayers:

Avraham instituted Shacharit (the morning prayer) as it says, "Avraham arose early in the morning to place where he had STOOD [before Hashem]." (Bereishit 19:27) ...

Yitzchak established Mincha (the afternoon prayer), as it says, "Yitzchak went out to SUPPLICATE in the fields towards evening." (ibid. 24:63) ...

Ya'akov instituted Ma'ariv (the evening prayer), as it says, "He ENCOUNTERED the place and spent the night there because the sun had set." (ibid. 28:11)

What does this Gemara mean, that each one of the forefathers "instituted" a prayer? In what way did the fact that they prayed institute it for generations?

To "institute" means, here, to instill a character trait. Avraham instilled the power of "morning," new beginnings, within the Jewish people. He was the first person to discover G-d's existence. While the entire world practiced idolatry, Avraham embraced monotheism. He imbued the Jewish people with the ability to reveal G-d, and took the first step into the aura of the Divine Presence by way of prayer.

Similarly, Yitzchak instituted the afternoon prayer, for it is in the afternoon that the sun is at its peak, and everything becomes clear and illuminated. Yitzchak endowed us with the manner of serving G-d when we are blessed. "Yitzchak sowed in that land, and in that year he reaped a hundredfold; thus had Hashem blessed him." (Bereishit 26:12) Even when everything is going well, a person must realize that, ultimately, everything is from G-d. He must pray then, as well, thanking G-d for all the kindness He has bestowed upon him.

Ya'akov instituted the evening prayer, said at a time of darkness. The darkness symbolizes the troubles and suffering that Ya'akov underwent throughout his life. Ya'akov instilled the Jewish people with the power to pray even when times are dark and tough, "It will be a time of trouble for Ya'akov, but he shall be saved from it." (Yirmiya 30:7)

It seems that these three motifs are found in the mitzvah of bringing the Bikurim, as well.

"The first fruits of your land you shall bring to the House of Hashem, your G-d." (Shemot 23:19) The Bikurim are the "first," the beginning. The first fruit to grow in a man's field, which must be brought before G-d, parallel the Shacharit prayer, which symbolizes this power of fresh starts, as explained.

The opening of this week's parsha states, "It will be when you enter the land that Hashem, your G-d, gives you as an inheritance, and you possess it, and dwell in it, that you shall take of the first of every fruit of the ground." (Devarim 26:1-2) The Rambam, in his philosophical work, Moreh Nevuchim (Guide to the Perplexed), explains that the mitzvah of Bikurim is performed to show our gratitude that G-d has given us the Land of Israel, and allowed us to fulfill this mitzvah. This is similar to Mincha, said at a time of success and prosperity, when we thank G-d for the wealth he has given us.

The third aspect of Bikurim is the prayer said when bringing the Bikurim to the Beit HaMikdash. "An Aramean tried to destroy my forefather. He descended to Egypt ..." (Devarim 26:5) All the suffering of the Jewish people throughout its painful history is parallel to Ma'ariv, said at a time of darkness and exile.

These three characteristics of newness, gratitude for prosperity, and prayer in dark times are rooted within the mitzvah of Bikurim. Since Moshe foresaw the destruction of the Temple, and an end to the practice of Bikurim, he established these three prayers to inculcate these principles within Jewish people throughout the ages.

We pray that we should merit the renewal of the mitzvah of Bikurim and the speedy rebuilding of the Beit Hamikdash! 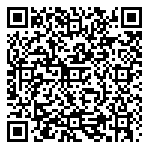