Hashem will be an Eternal Light for You

The conciliatory Haftorah of Parshat Ki Tavo revolves around the notion of light. It begins with three pesukim in which words related to light repeat seven times (Yeshaya 60:1-3):

Arise! Shine! For your light has arrived, and the glory of Hashem shines upon you.For, behold, darkness may cover the earth and a thick cloud [may cover] the kingdoms, but upon you Hashem will shine, and His glory will be seen upon you.Nations will walk by your light and kings by the brilliance of your shine .

The central idea of the opening pesukim is that at the time of redemption, Am Yisrael will be the world's source of light. The darkness and clouds will cover the nations of the world, but Am Yisrael, upon whom the glory of Hashem will shine, will be the source of light. Yeshaya similarly declares, in his famous prophecy of the end of days: "Many people will go and say, 'Come, let us go up to the Mountain of Hashem, the Temple of the G-d of Yaakov, and He will teach us of His ways and we will walk in His paths.' For from Zion the Torah [=light] will come forth, and the word of Hashem from Yerushalayim." (Yeshaya 2:3)

The phrase, "For your light has come," is normally explained as, "The time for your redemption has arrived." (Radak) Accordingly, the call to Yerushalayim, "Arise! Shine!" comes in the footsteps of the light's shining. However, the commentators also mention an opposite interpretation: "The coming of the light is darkness ... The light that you had will cease." (Ibn Ezra) Similarly, "Some explain, 'Your light has come,' -- your light has set, as it says, 'for the sun came.'" (Radak) According to this, the call, "Arise! Shine!," comes as a contrast to the fact that the regular light is setting and disappearing, and the darkness and clouds are covering the land and the nations. Therefore, the prophet calls to Yerushalayim to fill in the void and to be the source of light in the world -- "Arise! Shine!" [See Brachot 2a-b regarding the meaning of the pasuk, "the sun will come," and the explanation of Rashi and Tosfot there.]

The second interpretation, that, "Your light has come," indicates the light's setting and not its rising, is supported by the pesukim of light at the end of the Haftorah, which also indicate that the new light in the days of redemption will rise after the setting and loss of the regular luminaries. Thus, it says, "The sun will no longer be for you the light of day and brightness, and the moon will not illuminate for you. Hashem will be an eternal light for you, and your G-d will be your splendor. " (60:19) This splendor will be a light for the nations, as the prophet continues and says, "My handiwork, in which to glory" (60:21), as the Radak explains: "I will be glorified by them when they [other nations] will call them, "G-d's nation," as it says, "Israel, in whom I take glory." (49:3)

However, between pasuk 19 and 21 there appears a pasuk that seems to contradict what was written above: "Never again will your sun set, and your moon will not be withdrawn; for Hashem will be unto you an eternal light." (60:20) This seems to say that the sun and the moon will continue to shine; they will not set nor be withdrawn even in the days of redemption, in contrast to what was said in the previous pasuk, "The sun will no longer be for you the light of day?"

Da'at Mikra explains, "The contradiction is only in the manner of expression, but the intention is one," that Israel will merit eternal light. Indeed, he explains the pesukim:

"Never again will your sun set" (60:20) -- There will no longer be darkness by you as after the coming of the sun, the sunset."

The replacement of the temporary light of the sun and the moon with the eternal light of G-d reminds us of a famous Gemara regarding the luminaries that were created equal (Chulin 60b):

The Gemara continues that G-d tried to appease the moon but she refused to accept. Why, indeed, was the moon punished when her claim was justified?

The Mussar Masters say that the moon's claim is, indeed, correct. Two kings cannot use one crown. The great mistake of the moon was in that she considered the sun and herself as kings. There is certainly only one king! He is, "Hashem, our G-d, Hashem [who] is One." Servants, even high-ranking servants, there can be many of, amongst them the sun, the moon, and all the heavenly bodies.

This is, perhaps, the inner message of Yeshaya's prophecy. In the future, everyone will recognize that that source of light in this world is neither the sun nor the moon. "The sun will no longer be for you the light of day and brightness, and the moon will not illuminate for you." -- These are only servants. The true source of light that all will acknowledge in the future is the one and only King -- "On that day G-d will be One and His Name one," and He is the world's light: "Hashem will be an eternal light for you, and your G-d will be your splendor." 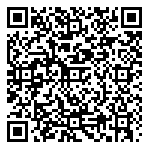