Bikkurim - What you Raise with your Hands

The hands are different from the other limbs of the body, whose place is fixed. The hands, though, can be lowered below the body, and they can be raised above the head. The hands represent man's activity. There are hands like those of Esav, which are involved in all kinds of evil and abominations: "Your hands are filled with blood" (Yeshaya 1:15), about which we ask in the Ne'ilah prayer: "So that we should refrain our hands from oppression." There are hands about which it says, "Lift your hands in the Sanctuary" (Tehillim 134:2), and some even bestow blessing upon others: "Aharon lifted his hands towards the people and blessed them." (Vayikra 9:22) The same is true for man's drives and desires. There is no need to run away from them or to uproot them entirely. Rather, we must learn how to use them in a positive manner.

The Gemara in Yoma mentions that when the members of the Knesset Hagedola defeated the inclination towards idolatry, they wanted to abolish the inclination of arayot, as well. The next morning they could not find a fresh egg for a sick person. When the drive is removed – every want and desire is removed, and the world cannot exist in such a manner. It needs a drive that pushes, but the direction – man must provide.

A person's property has value, provided that he knows how to use it for positive purposes, and it should not turn into a goal in and of itself.

"The Second Temple was destroyed because they loved money and hated one another." (Tosefta end of Menachot) One who loves money – loves himself; when he loves himself – he cannot love his fellow man. Chazal comment on this: "One who seeks lust separates himself" – this refers to Lot, about whom it says, "Separate from me" (Bereishit 13:9), and, "They separated one from another." (13:1) In the end, his lust caused him to sin with his daughters.

The test of whether man views money as an inherent goal or as a means – is joy. One who is happy with what he has shows that he does not desire money as an inherent goal, and therefore he is happy with his share. However, if money is the goal, he will always be lacking and demanding more and more. Therefore, he is called "evyon," since he desires (ta'ev). One who has a hundred – wants two hundred; when he achieves two hundred – he wants four hundred.

The Mishna (Bikkurim 3:3) describes how bikkurim would be brought up to Yerushalayim: "The ox would go before them; his horns were plated with gold, and a crown of olive leaves was on his head." Rav Kook zt"l explains the metaphoric meaning of this:

·          "His horns were plated with gold" – This symbolizes wealth that comes from the work of the ox, and not from questionable sources and amassing wealth without work and toil.

·          "A crown of olive-leaves was on his head," since the ultimate goal in borne on the head. The goal is symbolized by olive oil, which indicates wisdom. The Menorah indicates this, as well, and one who wants to become wise should turn to the south.

This is the goal of wealth.

The purpose of bringing bikkurim is that through separating the first fruits – all the remainder, all of man's wealth, acquires sanctity. Therefore the bikkurim are "What you raise with your hand," raising what is done with the hands above even the head. 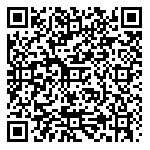