"Arami oved avi" ("An Aramean tried to destroy my forefather"). (Devarim 26:5) Based on this verse, the authors of the Passover Haggadah formulated the text: "Go and learn what Lavan, the Aramean, wanted to do to Yaakov Avinu. Pharaoh decreed only against the males, whereas Lavan sought to uproot everything, as it says, 'Arami oved avi.'"

Why, of all the anti-Semites, did Chazal see fit to single out Lavan the Aramean? The Maharal, in his explanation of the Haggadah, addresses this (Gevurot Hashem, ch. 54):

In this passage, [Chazal] revealed very many things. Israel had adversaries, unlike other adversaries who came for some reason, but Israel had haters and enemies with no cause. The ones who opposed Israel most and without reason, were Lavan and Pharaoh ... The reason of Lavan was also without cause, because Yaakov did for him only great goodness, and [Lavan] chased after him ... Not so Esav who wanted to kill Yaakov - this was for a reason, because [Yaakov] took his birthright ... When you comprehend this, you will find the reason of hatred ... which is something very hidden.

Lavan is the classic example of anti-Semites throughout the ages, who hate Israel without reason.

Nonetheless, the question remains: Why do the nations of the world hate Israel for no reason?

The issue was already addressed at length (click here), and we will be brief here. "You are My witnesses, the word of Hashem, and I am G-d." (Yeshaya 43:12) Israel testify as to G-d's existence in the world. Chazal say: "When you are My witnesses, I am G-d, and when you are not My witnesses, it is as if I am not G-d." (Yalkut Shimoni) Knesset Yisrael "cloaks the Divinity that is revealed in the world at large." (Orot p. 149) Therefore, G-d is so bound with Am Yisrael, "That if the enemies cut off our name, "Your [trouble] is greater than ours,' for if we are not here, [it is as if He] is not here." (Ramban Shemot 29:46)

The war of nations of the world is focused on the war against G-d. However, it is not possible to fight Him, and therefore they fight against the one who represents him in the world. "Why do nations gather ... against Hashem and against his anointed." (Tehillim 2:1-2) The Rambam writes in Iggeret Teiman: "Because the Creator designated us with His mitzvot and His laws ... and our worth over others became apparent ... all the heathens were greatly jealous of us because of our religion ... and they want to fight against Hashem and to do battle with him, but He is G-d and who can fight against Him?" The Ramban similarly writes in Parshat Ha'azinu: "'We were killed on Your account all the day,' and therefore on account of their hatred of G-d they do all these evils to us. They are His opponents and enemies, and it is up to Him to take vengeance from them." This is what the Torah says, "'I shall return vengeance upon My enemies and upon those that hate Me shall I bring retribution.'" (Devarim 32:41)

"Idolatry recognized in Israel, in Judaism, its greatest enemy ... and great instinctive hatred to Israel arose from all the nations." (Orot Hatechiya ch. 2)

This is the intention of the Maharal when he writes that the hatred is for no reason, i.e., no apparent reason. The hatred is internal, subconscious, which is not understood externally, but simmers subconsciously.

Verification of this we experienced, unfortunately, in recent generations, in the words of the crazy German, who said about the Jews: "The Tablets of Mt. Sinai lost their value. Conscience is merely a Jewish innovation." "Fate sent me to be the great emancipator of mankind. I free people from the bonds of spirit, but the submitting tortures of false vision, called conscience and ethics." "There cannot be peace between these two forces." "See how we will succeed through the force of was alone to turn during a short time the concepts in the entire world, but this is just he beginning. The battle over control of the world is fought just between us; the war of the Germans against the Jews. Everything else is just a false mirage."

"For they take counsel together unanimously, they strike a covenant against you." (Tehillim 83:6) 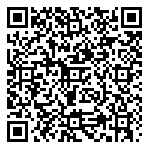