Parshat Ki Teitzei talks of the ben sorer u’moreh (wayward and rebellious son), who does not obey his parents, refuses their discipline, and is a glutton and a drunkard. He is brought to court by his parents and punished with stoning, the most severe punishment. The Torah concludes, “You shall remove the evil from your midst; and all Israel shall hear and they shall fear.” (Devarim 21:18-21)

Rashi cites the famous Gemara in Sanhedrin: Just because he ate meat and drank wine, and even if he stole, he deserves death? The Gemara answers that the Torah understood that he would become addicted, and after exhausting his parents’ money he would turn to robbery and, eventually, murder. However, even an actual murderer is executed only by the sword, which is a lesser punishment, so how could the ben sorer u’moreh be punished, on account of the concern for the future, with a punishment more severe than one who actually murders?! This question is asked by R. Eliyahu Mizrachi (the classical supercommentary on Rashi). He answers that murder is mentioned merely as an example, but, in truth, the youngster will come to violate other serious sins, such as Shabbat, which also carries the punishment of stoning. Another answer is that a murderer is punished by the sword for a single act of murder, but one who is expected to murder many people is deserving of stoning. Others answer that a ben sorer u’moreh has the status of a rodef (pursuer), who poses a danger to the entire community, and can be killed with any means possible.

There is another answer, which contains a lesson that can lead us, as well, to greater service of Hashem. Although the Gemara teaches that the circumstances of ben sorer u’moreh never occurred and will never occur, it was written, nonetheless, to provide us with lessons. We find this with other mitzvot, as well. Even though the average person is not suspect of actual murder, there are sins that are tantamount to murder, such as embarrassing another person in public, which are relevant for us, so that the lessons of murder are relevant to all. In the same way, even if an actual case of ben sorer u’moreh will never occur, the lesson of ben sorer u’moreh has relevance to us all.

Before presenting this explanation, let us add a second question. The Gemara in Rosh Hashana teaches, based on the story of Yishmael, that each person is judged based on his current status. Even though his descendents were destined to kill Bnei Yisrael with thirst, since at the time of judgment, when abandoned in the desert without water, he was righteous – G-d ruled that he deserved to be saved. The Mizrachi asks from this Gemara, as well, on the law of ben sorer u’moreh. How can the youngster be judged and punished based on the future? He answers that the ben sorer u’moreh already began his wayward ways, unlike Yishmael who had not yet started to sin in this fashion. Others answer that the ben sorer u’moreh is the same person, and actions which he commits later are already inherent in a latent manner, as opposed to Yishmael, where the accusation is not against him, but against his descendents, generations later.

R. Aharon Kotler zt"l provides an explanation which answers both of the previous questions. His chiddush is that the ben sorer u’moreh is not judged only on account of the future, but rather he is being judged for a very serious sin that he is violating now – that he is placing himself on an evil path! While murder is a heinous crime, there can be certain situations that it does not reflect a totally corrupt personality, and an otherwise upright individual may be driven to murder on account of a specific motive. Nonetheless, he is sentenced to death just the same for the specific crime he committed. However, one who places himself on the path of evil is being judged for doing something terrible – for placing himself on a path that will lead him to a corrupt life full of crime, which is more serious than one specific act of murder. It is a crime in the present, one that warrants even stoning.

We can illustrate this concept, in the positive direction, based on example of nazir. Generally speaking, prohibitions that are Divinely ordained are more severe than restrictions that a person accepts upon himself. The restrictions of a nazir – not to drink wine, cut hair, or defile to the dead – are considered as prohibitions that are Divinely ordained, even though the person himself accepts the nezirut. The Mabit explains that the nazir does not accept upon himself the three specific prohibitions, but rather he chooses to accept the role of nazir, and then the Torah obligates him in these restrictions.

The converse is true by the ben sorer u’moreh; he is punished for placing upon himself the status of ben sorer and committing himself to a life of crime. In this way he differs from Yishmael, who had not accepted upon himself such a way of life at that time.

The Ramban writes that the ben sorer u’moreh violates "You shall be holy." (Vayikra 19:2) The extremes here are amazing. This child had the potential to be holy and reach great levels, but instead he sank to the depths of ben sorer u’moreh. (See sicha, “Greatness and Smallness in Man.” One example from our parsha is that G-d did not merely thwart Bilaam’s attempts to curse, but instead turned his curses into blessings.) The ben sorer u’moreh revokes himself from the sanctity of G-d and the requirement to cling to Him.

There is a passage in the Nefesh Hachaim (1:6) that is very relevant for the beginning of Yeshiva. What is the idea that we say in blessings, “Who sanctified us with His mitzvot?” When a person decides to do a mitzvah he draws upon himself sanctity from the upper realms that envelops him. “Sanctify yourselves and you will be holy” (Vayikra 20:7) – Whoever sanctifies himself below is sanctified from above. (Yoma 39a) The same is true regarding sin; when a person prepares to sin, an evil spirit descends upon him and envelops him. This spirit which envelops him, pushes him do the mitzvah or sin. Sometimes we really feel this push from above to do a mitzvah or to do the opposite. This is what David says, “The sins that I trod upon surround me.” (Tehillim 49:7)

[This is one of the explanations of Gan Eden and Gehenom. They are not preexisting places, into which a person is introduced. Rather, each person, through the mitzvot and sins that he commits throughout the course of his life, creates angels and demons, which form his personal Gan Eden and Gehenom. Even though we cannot discern these beings, they still exist, just as there are many radio waves, etc, that exist even though we cannot see them.]

This is the message of ben sorer u’moreh, which never existed, but “drosh vekabel schar” (expound upon and receive reward). We think that we are not like the ben sorer u’moreh, who sets himself on the path of sin, but we each have elements of this within ourselves on one level or another. G-d tells the Serpent (symbolic of the yetzer hara), “He (man) will pound your head, and you will bite his heel.” (Bereishit 12:15) If a person rejects the yetzer hara right away – “head” – he will overcome the yetzer hara, because through this he draws upon himself a spirit of holiness. We find this with Yosef, who fled from Potiphar’s wife without consideration. However, the yetzer will smite him in the “heel.” I.e., if the person delays his struggle with the yetzer hara, and allows himself to be drawn close to the sin – the yetzer will prevail. Once a person concedes somewhat to the yetzer hara, and begins to figure, “I’ll do just this or that,” this is already close to the notion of ben sorer u’moreh.

This message is very relevant for new talmidim, who are setting off on a new course in Yeshiva. But even for older talmidim, it is a new Elul, and a new year, and the beginning of the year will set the course for the remainder of year. For example, a person who gets into the habit of coming late to davening is far more severe than one who happens to come late on a specific day. The same is true with the daily learning seder and with behavior in the dining room. This same lesson applies to each person in the areas of his personal trials, whether anger, jealousy, etc. Don't argue with yetzer hara – reject it out of hand!

Rashi concludes that the ben sorer u’moreh will end up robbing. The Gemara says that ultimately he will be led to murder. However, the Yerushalmi says, "Ultimately he will exhaust his parents money, rob people, murder, and in the end will forget his learning.” The Yerushalmi delineates the decline of this person. First he finishes his parent's money. Oy! Then he steals! Oy vey! Then he murders! What could be worse?! – Then he will “forget his learning!” Explain this line however you want; perhaps that so long as a person remembers his learning there is hope that it will bring him back, “The light of [Torah] brings him back to good.” (Yerushalmi Chagiga 1:7) In any case, the ben sorer u’moreh is judged on account of the end – that he will forget learning!

If we try to accept upon ourselves the holy status of a nazir, a ben Torah, a talmid chacham – we will cling to Hashem and fulfill the command of “You shall be holy.” 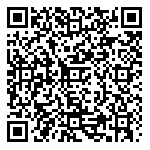