In describing the behavior of the rebellious son, the parents say to the elders of the city, 'This son of ours is wayward and rebellious; he does not hearken to our voice; he is a glutton and a drunkard." Chazal (Sanhedrin 74a) note the great difficulty here:

Just because he ate a tartimer of meat and drank a half-log of Italian wine, the Torah said he should be taken out to the court to be stoned? Rather, the Torah understood the inevitable future of the rebellious son, that ultimately he will exhaust his father's money. He will seek his usual habit and will not be able to, so he will go out to the highways and hold up people. Therefore, the Torah said, "Let him die righteous and not die guilty."

We still need to understand, though, since there is nothing wrong with the actual eating and drinking itself, where did the Torah warn not to eat meat and drink wine in a way that a person will be drawn after his habitual desires?

In Parshat Va'etchanan, the Ramban writes about the mitzvah, "Him you shall serve," as follows:

You should constantly be to him like a servant who always serves before his master, who makes the work of his master primary and his own needs secondary. Based on this Chazal say, "All your actions should be for the sake of Heaven" -- that even your physical needs should be done for the service of G-d. One should eat, drink and tend to his body's needs in order to sustain his body to serve Hashem, as they say: "'It was very good' (Bereishit 1:31) --This refers to sleep. Is sleep good? Rather, by sleeping a little, a person gets up and delves in Torah."

According to the Ramban's explanation, the rebellious sons only violates a mitzvat aseh (positive command), namely, that he did not acquire the degree of kedusha. Yet, his punishment of stoning to death is not at all typical for one who violates an aseh. R. Yonah explains in Sha'arei Teshuva (1:30) that there is a prohibition to be drawn after one's desires even in permitted matters, since when a person follows his desires, he is drawn to the physical aspect on man, and distances himself from the spiritual soul. His evil inclination will then overcome him, as is says, "Jeshurun became fat and revolted." (Devarim 32:15) But when a person breaks his desires even in permitted matters -- then his soul will succeed.

The Sefer Hachinuch (#387) writes that a person who is drawn after his desires (even in permitted matters) violates the prohibition of, "[do] not explore after your heart and after your eyes after which you stray" (Bamidbar 15:37):

Included in this [prohibition] is not to chase after physical pleasures, since their end is bad and worthy of scorn. ... This mitzvah is a fundamental principle of the [Jewish] religion ... that if you succumb to fulfill your evil desire one time, you will be drawn after it numerous times. But if you succeed to be strong and conquer the inclination and shut your eyes from seeing evil one time, it will be easy for you to do so numerous times...

One who follows his eyes, i.e., he chases after worldly desires, such as he constantly seeks to increase pleasures for himself without intending in them for a positive purpose -- i.e., that he does not do it so that he should be healthy and able to toil in the service of his Creator, just to indulge in self-pleasure -- anyone who goes on this path violates this prohibition constantly in all his actions.

Additionally, according to the Chinuch (#418), there is a violation of the mitzvah of "Ahavat Hashem." A person who focuses his thoughts on physical matters of this world, not for the sake of Heaven -- to do good to people and to strengthen the hands of the righteous, but just to find pleasure or to achieve honor in this world of delusion -- disregards this mitzvah and is deserving of great punishment. This mitzvah is a constant one, which is incumbent upon a person always.

Thus, being drawn after meat and wine, although they are kosher, is a violation of basic tenets of Judaism! 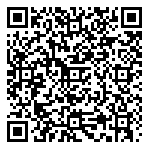