In His Temple – All Proclaim "Glory!"

The Torah permits a soldier to take as a wife a beautiful woman that he lusts during the course of battle. Rashi explains this astounding law: "The Torah addressed the evil inclination, for if the Torah would not allow her, the [person] would marry her illegally."

We need to remember, though, what we read in last week's parsha. Amongst those who do not participate in battle, the Torah includes, "the fearful and soft of heart." (Devarim 20:8) Rashi cites (there) the dispute between R. Akiva and R. Yosi Hagelili (mentioned in Masechet Sotah 44a), and according to R. Yosi Hagelili only people who are so righteous that that never speak between the tefillin on the arm and the tefillin on the head go out to battle. And, since according to Rashi we are dealing with an elective war, only righteous people go out to fight. If so, why is the Torah so concerned about succumbing to this temptation that it would provide such a great leniency? We are dealing with a person who never talks between the tefillin, and certainly we would not expect him to stumble over an issue of a beautiful woman?!

The author of "Eileh Hadevarim," derives from here a tremendous principle, that proper framework is what protects a person best. Therefore, these righteous people, so long as they are among other Jews, are the most righteous and meticulous mitzvah-observers. However, when they leave the framework, there is great difficulty in overcoming even the most obvious temptation. [Perhaps this is also the reason for the sin of the spies. While they were still with Bnei Yisrael they were anashim, as Rashi writes: "Whenever it says anashim in the Tanach it indicates importance; at that time they were righteous." However, once they left the people, they turned into something else.]

This idea can explain the following Midrash. When Yitzchak smelled the clothes of Yaakov, when he went in place of Esav to receive the blessings, it says, "He smelled the fragrance of his clothes (begadav)... like the fragrance of the field" The Gemara in Sanhedrin (37a) teaches on this pasuk: "R. Zera said: Do not read begadav, but rather, bogdav (his traitors)." This means that even the traitors of Am Yisrael have a good fragrance.

The Midrash (Bereishit Rabbah 65:22) relates that when the Romans wanted to enter the Temple and destroy it, they were afraid, and therefore said that a Jew should enter first. They found Yosef of Shita, who was the greatest Jewish heretic, and they told him to go in and take for himself whatever vessel he wanted. In his brazenness, he entered and took the Menorah. The Romans told him that this is not fit for a common person, and confiscated it for the Emperor, and told him to take something else instead. He responded that he is not willing to enter again. They told him again that he could keep what he would take and they would add money to it, but he refused. They kept adding to his reward, but each time he refused, and said to them, "It is enough that I angered my Maker one time." The Romans then threatened that if he does not go in they would kill him, yet he still refused. They then cut off one limb after another, and each time he said, "Woe is to me that I angered my Maker," until he died.

The Ponovezher Rav, Rav Kahaneman zt"l, asks: How is it that the greatest heretic turns into the greatest saint – even regular people would likely not be able to withstand this test?! This teaches how much even a few minutes in the Temple does, when Yosef of Shita entered to take out the Menorah. A few minutes in the Temple, in the best "framework" of Am Yisrael, can provide such great spiritual nourishment. This is alluded to in the psalm, "Mizmor l'David havu Lashem bnei eilim," which describes the great, wondrous acts of G­‑d: "The voice of G-d breaks the cedars, Hashem shatters the cedars of Lebanon ... The voice of Hashem convulses the wilderness; Hashem convulses the wilderness of Kadesh." Many metaphors are necessary to describe Hashem's power, but "in His Temple all proclaim 'Glory!'" In the Sanctuary of Hashem there is no need for all these descriptions, but rather the whole place says, "Glory!"

Nowadays, that we no longer have the Temple, "G-d has in His world only the four cubits of Halacha (learning Torah)." The Batei Midrash are the miniature Temples, and they are the best available "framework." Thus, we should learn a great moral lesson, certainly at the beginning of the zman: We should stay as much as possible in the walls of the Yeshiva, since each and every minute we earn so much yirat Shamayim, even if we just stay there without learning, and certainly if we stay and learn! 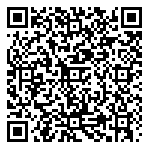