Remember what Amalek did to you, on the way when you were leaving Egypt, that he happened upon (or, "cooled") you on the way (asher karcha baderech) ... You shall wipe out the memory of Amalek from under the heaven – you shall not forget!" (Devarim 25:17-19)

For the Hand is on the Throne of G-d; Hashem maintains a war against Amalek, from generation to generation." (Shemot 17:16)

Chazal write that Hashem has sworn that His Name will remain incomplete and His Throne incomplete until the name of Amalek is eradicated. Rav Chaim Shmuelevitz zt"l says that all the evil in creation and all human flaws are found and rooted in Amalek. All the evil in Amalek is contained in one phrase: " asher karcha baderech," and because of this it was decreed that Amalek will be destroyed and no trace of the nation will remain. Furthermore, while Amalek is still in existence, Hashem's Name and the Throne will remain incomplete: "Hashem maintains a war against Amalek, from generation to generation," for having cooled you. Amalek cooled the flame and the passion that were burning inside of you. This coolness is the source of all the evil and pettiness that can be found in man, but from this we can also learn the greatness of man!

The intention of Rav Shmuelevitz zt"l is that Am Yisrael departed Egypt surrounded by miracles. "Peoples heard – they were agitated; terror gripped the dwellers of Philistia." (Shemot 15:14) Every nation was shocked, shaken and afraid over the parting of the Red Sea and all the awesome changes that occurred in nature. Every nation, that is, except Amalek; they remained unmoved and unafraid. This cool detachment, this ability to remain unmoved reflects mankind's small-mindedness. However, here human greatness can also be seen. As the pinnacle of Creation, humans possess the power to choose and are able to change: – "I will grant you strides among these [angels] who stand here." (Zechariah 3:7) The path to ascension is through taking to heart; a person can change at any moment at any hour. There are those who acquire their share in the world to come in a moment, and nothing is greater than this!

This idea is expressed in Halacha, as well. A woman who is betrothed on condition that her fiancé is a total Tzaddik, and it turns out that he is wicked – remains betrothed, because there is room to believe that he had contemplated Teshuva for a moment. The Lechem Mishneh asks (Hil. Ishut ch. 8) in the name of the Maharam Pedua: If this is indeed the case, why should a woman who was betrothed in front of disqualified witnesses not be betrothed, we should suspect that the witnesses contemplated Teshuva? The answer is that here the fiancé himself states: "on condition that I am a Tzaddik," giving an indication of his mindset. From here we can learn the power of a statement or even a moment's contemplation – at any given time, any given hour!

This idea requires clarification. I once heard Rav Be'eri shlita comment on the pasuk: "The matter is very near to you – in your mouth and your heart – to perform it." (Devarim 30:14) The Ramban writes that this is written regarding Teshuva. This is difficult. Is teshuva really all that close? "It is not in the sky ... it is not beyond the sea?!" (30:12-13) It is very difficult! The answer is that indeed, complete teshuva is something great and difficult to perform, but all you need to do in order to begin is to start taking to heart, start awakening; wake up from your sleep and let the day begin. Thus you start ascending slowly: "Give me an opening the size of a needle and I will give you an opening the size of a hall." The Ba'al Shem Tov quips that the needle-sized opening can be small – yet, it must be real – that a needle can enter one side and exit on the other. The Kotzker Rebbe says that this is the meaning of the pasuk: "How goodly are your tents, O Yaakov, your dwelling places, O Israel." (Bamidbar 24:5) Rashi comments: "He saw that their openings were not facing each other." This is because if a Jew opens his heart a little – Hashem opens it for him a lot. This is also the meaning behind the famous Elul story that appears in Avoda Zara (17a) about R. Eliezer b. Durdia. What happened there was basically a little taking to heart and the will to change.

We welcome Shana Aleph with a Zman Tov. This is not just any zman this is zman ELUL!! The closer we are to Hashem – all the more so will Hashem be close with us. All we need now is a little willpower to change and elevate ourselves spiritually, so that step-by-step we can reach higher levels. G-d willing that we will all sanctify His Name. Zman Tov! 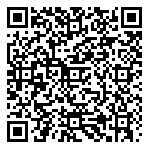