Heads of Tribes, Vows, and the War Against Midian

"Moshe spoke to the heads of the tribes of Bnei Yisrael, saying: This is the thing that Hashem has commanded. If a man takes a vow," etc. (Bamidbar 30:2-3) The commentators of the Torah wrestled with a number of difficulties in these psukim:

The placement of this mitzvah is also difficult. Why does it precede the war against Midian? Indeed, the Ibn Ezra (30:2) writes: "In my opinion, this parsha was [said] after the war against Midian ... Since Moshe said to the sons of Gad and the sons of Reuven, 'What has come from your mouth shall you do' (32:24) -- therefore it says, "Moshe spoke to the heads of the tribes," and there it says, "according to whatever comes from his mouth shall he do.'" (30:3) Besides the fact that there are Rishonim who are reluctant to move portions of the Torah earlier or later, one can ask even according to the Ibn Ezra's interpretation, why was this portion written before the discussion with the sons of Gad and Reuven and not afterwards?

When the Torah says, "This is the thing," what does it come to exclude -- "This," and not something else? Chazal, indeed, derive in Sifrei two drashot, which Rashi quotes on the pasuk, but it is possible that there is an additional intention here. In Midrash Rabbah to Parshat Balak (20:7) it says:

"Perhaps I will be able to strike them." (22:6) Why did this one [Balak] see fit to provocate, didn't G-d tell them [Bnei Yisrael] that they should not take of their [Moav's] land? Rather, they were greater magicians and sorcerers than Bilaam, as it says, "Balak saw," but he didn't perceive things correctly. He saw in his sorcery that Israel would fall in his hands, and therefore he loosened his daughter, and 24,000 fell on account of her. Therefore, he provocated against them, but didn't know how, therefore [he said], "Perhaps I will be able to strike them," as one who reduces one twenty-fourth of a se'ah. It is clear from the Midrash that there was no reason for Balak to fear Am Yisrael, and the only reason to fight against them was because he saw in his sorcery that he could harm them.

Perhaps the key to understanding this war is found in the Midrash Rabbah on Parshat Matot (22:2):

More precisely: Am Yisrael, now, on the threshold of entering Eretz Yisrael, undergo a change in their approach to the service of Hashem. Until now the emphasis was on learning Torah. From now on, the emphasis is on observing mitzvot, specifically practical mitzvot that are linked to the material, and through the mitzvot, the materialism is raised to spiritual levels. We now understand the two Midrashim. On the one hand, the reason for the war was Bnei Yisrael's entering the Land, and, on the other, their involvement with mitzvot. The Midrashim do not contradict, but instead they complement one another and form a single idea.

This is the focal point of the war against Midian -- the connection between the material and the spiritual.

Regarding the service of G-d in this manner, the Ramban writes in Iggeret Hakodesh (ch. 5):

... You will understand from it a great secret regarding, "the G-d of Avraham, the G-d of Yitzchak, and the G-d of Yaakov." This is the secret, that their mind was not separate even for one moment from the "upper light" ... At the time that they were involved in eating, drinking, conjugal relations, and other bodily needs, what would happen with the words of Torah? The answer is that even in all bodily matters their intention was for the sake of Heaven, and their mind was not separated from the upper light even for one moment ... Therefore, Shlomo a"h said, "In all your ways know Him" (Mishlei 3:6), and Chazal say, "In all your ways" -- even for all bodily needs, small and large. (Cf. Brachot 63a) It is well known that the generation of wisdom -- the generation that left Egypt, and, at their head, Moshe -- did not merit to enter the Land because of this. The service of G-d in the desert is different than the service of G-d in Eretz Yisrael, and because of their great spiritual level they were not appropriate for this kind of service.

Thus, the mitzvah of vows is the most appropriate mitzvah before entering the Land and before the battle against Midian. Through speech the mundane act turns into a mitzvah. "The heads of the tribes" are now the transmitters of the Torah, since Moshe Rabbeinu does not merit to enter Eretz Yisrael, and this mitzvah is fitting to be said by them before all the other mitzvot.

Thus, we understand why the Torah emphasized that this mitzvah was said first to the heads of the tribes, as well as its placement before the war against Midian and before entering the Land. It is possible that this is the meaning of the expression, "This is the thing (davar)" -- from the word speech (dibbur) -- i.e., these issues of speech are the introduction to the war against Midian and guidance to entering Eretz Yisrael. 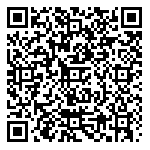