A Test of Leadership

The beginning of Parshat Pinchas is set in the end of Parshat Balak (Bamidbar 25:6-7):

[Rashi: The halacha escaped him; they all burst out crying.]

Pinchas son of Elazar son of Aharon the Kohen saw, and he stood up from amid the assembly and took a spear in his hand.

[Rashi: He saw the act and remembered the halacha. He said to Moshe, "I have a tradition from you: One who has relations with a non-Jewess -- zealots strike him." He said to him, "The one who reads the message -- he should be the agent.]

This episode requires explanation. "The halacha escaped him" -- what does this mean? On the pasuk, "I shall give you the stone Tablets and the teaching and the commandment that I have written, to teach them" (Shemot 24:12), Chazal comment: "Tablets" -- these are the ten commandments; "the teaching" -- this is the Torah; "the commandment" -- this is the Mishna; "that I have written" -- this is the Prophets and Writings; "to teach them" -- this is the Talmud. This teaches that they were all given as halacha to Moshe from Sinai. (Brachot 5a) Similarly, it says in the Yerushalmi: "Even what a later student is destined to innovate was given as halacha to Moshe from Sinai." (Pe'ah 2:4) If so, how is it possible that Moshe didn't know the halacha? Moreover, Pinchas, who saw the act and remembered the halacha, says to Moshe, "I have a tradition from you" -- you are the one who taught us this halacha! If so, why did Moshe forget this halacha precisely at this moment?

There is another point that has to be understood. When Pinchas reminds Moshe of the halacha, Moshe says to him: "The one who reads the message (i.e., the halacha) -- he should be the agent." What is the logic of this? Would it not be proper that Moshe Rabbeinu, the leader of Israel, should carry out this act so that the people will understand its severity? By handing it over to Pinchas, the youngster, it seems as if Moshe was avoiding carrying out the judgment!

Perhaps we can explain this based on the Gemara in Sanhedrin (82a):

Zimri said to Moshe, "Son of Amram: Is this one [the Midianite woman] prohibited or permitted? If you say she is prohibited -- who allowed you Yitro's daughter?" The halacha escaped him; they all burst out crying. This is what is written, "They were weeping at the entrance of the Tent of Meeting."

Zimri confronts Moshe personally, "Who allowed you Yitro's daughter?" With this question Zimri caused Moshe Rabbeinu to feel that there is a personal issue here which applies specifically to him. When Moshe heard this, "the halacha escaped him." This does not mean that Moshe did not know it -- Moshe certainly knew the halacha clearly, "One who has relations with a non-Jewess, zealots strike him." However, he felt that he could not carry it out because he had a personal interest here and the matter might be interpreted as a judgment which is unjust.

Therefore, when Pinchas comes and reads to Moshe the explicit halacha from the book, not out of personal motives, but rather, "I have a tradition from you" -- Moshe tells him, "The one who reads the message" -- if what motivates you to act is the "message" -- the written halacha, and nothing more -- you can carry out the act, because I am already personally involved. If I carry out the act it will no longer be based only on the written halacha.

This was a test of Moshe's leadership, because a public leader has to be careful not to do things in which he has a personal interest, even though they truly conform to the law and the halacha.

Pinchas merits leadership -- "Behold! I give him My covenant of peace" (Bamidbar 25:12), because his zealous action is based only on the written halacha without any personal motives. This is the role of every leader and educator in Israel, to rise above any personal considerations and to worry only about the needs of the entire community. May it be that we succeed in this!

Condolences to Rav Ahron Silver upon the loss of his father. 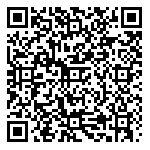