My Covenant of Peace

Pinchas son of Elazar son of Aharon the kohen, turned back My wrath from upon Bnei Yisrael, when he zealously avenged My vengeance among them, so I did not consume Bnei Yisrael in My vengeance. Therefore, say: Behold! I give him My covenant of peace.

What is this blessing, "My covenant of peace," which was given to Pinchas in reward for saving Bnei Yisrael from destruction? (As the pasuk attests, "so I did not consume Bnei Yisrael in My vengeance" – which implies, Heaven forbid, that destruction was decreed upon Am Yisrael.)

The Midrash to our parsha (Bamidbar Rabbah 25:1) states: "I give him My covenant of peace. The peace that was given to Pinchas is great, as the world is directed only through peace." I.e., peace is the aim of Creation.  The Torah itself is peace, as it says: "Its ways are pleasant, and all its paths are peaceful." (Mishlei 3:17) It also says, "Hashem will give his nation strength; Hashem will bless His nation with peace." (Tehillim 29:11) Similarly, it says in the Zohar (Vol. III, 176b), "G-d's name is called peace; Shabbat is called peace, because it peace of the upper and lower realms."

The Talmud concludes Masechet Uktzin (3:12): "R. Shimon b. Chalafta said: G-d found no container of blessing for Israel other than peace, as it says, "Hashem will give his nation strength; Hashem will bless His nation with peace." We need to understand, though:

1.      Why is peace only the container that holds the blessing, and not the blessing itself?

2.      Why does the Talmud conclude specifically with this blessing?

3.      What is the connection between strength and peace?

Furthermore, it says in Sefer Mishlei (12:20): "Deceit lurks in the heart of those who plot evil, but for those who counsel peace there is gladness." We see that those who seek peace are worthy of gladness – why is this so?

'Shalom' is from the word 'sheleimut' (wholeness, perfection), and when a person achieves wholeness he is also happy. It says, "Love truth and peace." (Zechariah 8:19) Truth would seem to stand in contrast to peace, because truth is absolute, and peace is compromise between contradictory or disputing opinions. However, Chazal reveal to us that there is no contradiction between truth and peace. Just the opposite, true peace is only when it is connected with truth. Peace is the true wholeness – the clarification of the truth through uniting all the opinions and contradictions into one wholeness.

Chazal say: "Talmidei chachamim increase peace in the world." (Brachot 64a) How is this so? It seems that talmidei chachamim add dispute to the world. Rather, through the opinion of each talmid chacham the truth is clarified. Each one develops his perspective, his unique approach, and thereby we clarify the absolute truth, which is true peace, as it says, "These and these are the words of the live G-d." (Eruvin 13b) Thus, the arguing of the scholars leads to the clarification of the truth – the words of the living G-d.

We therefore understand why peace is the container that holds the blessing – because peace is not a single value to itself, but rather it contains within it all the individual equalities and all the contrasts in one complete harmony.

Chazal say in Pirkei Avot (6:6): "The Torah is acquired in forty-eight ways ... it sets him on the truth, sets him on peace," because peace is the absolute truth, which is in essence wholeness. For this reason, Shabbat is called peace, because Shabbat is a microcosm of the world to come, and it unites the mundane and holy together. On Shabbat, a person discovers that there is no contradiction between the mundane physical world and sanctity, and it is possible to turn everything into sacred Shabbat. This is the meaning of, "Hashem will give his nation strength; Hashem will bless His nation with peace." There seems to be a contradiction between strength and peace, since strength symbolizes might and force, whereas peace symbolizes compromise? Based on the above, though, only through strength and uncompromised stating of opinion do we reach the truth, which is the true peace.

We now understand why Pinchas earned the blessing, "I am giving him My covenant of peace." Pinchas seems to have done something which is against peace, i.e., zealotry. However, based on the above explanation, this itself is peace. Sometimes, there is a need to make peace in the world through the trait of zealotry – since this achieves the wholeness that brings to the saving of Klal Yisrael.

Therefore, the Talmud in Masechet Uktzin concludes: "Hashem will give his nation strength; Hashem will bless His nation with peace." The entire Talmud is full of arguments between the Sages, and one might think that the Talmud is against peace. Rebbe wanted to teach us that just the opposite is true – through the disputes and the different opinions, we clarify the truth and peace, which is the true wholeness. 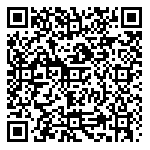