Haftorah: From the North the Evil will be Released

From this week and on, the weekly Haftorah is not connected to a topic in the parsha, but rather relates to the general time period. The Shulchan Aruch writes, "From 17 Tammuz and on, we read three Haftorahs of punishment, seven of consolation, and two of repentance." (O.C. 428:8) The first one is from the beginning of Yirmiyahu, the prophet of the destruction of the Temple, and we will address here one of its main pesukim. The overall topic of the Haftorah is the designation of Yirmiyahu as a prophet, and the first vision that he saw, an almond tree ("shakeid") -- "for I hasten ("shokeid") to fulfill My word." What word does Hashem hasten to fulfill? This is spelled out in the second vision, which is, in essence, Yirmiyahu's first prophecy: "I see a bubbling pot, and its spout is facing north. Hashem said to me, 'From the North the evil will be released upon all the inhabitants of the land.'" We will try here to unshroud the mystery of the "North."

Let us begin with the pasuk regarding sacrifices, "He shall slaughter it at the northern side of the Altar before Hashem." (Vayikra 1:11) Based on this, the Mishna teaches, "Kodshei kodashim are slaughtered in the north ... and their blood is received in vessels in the north." (Zevachim 5:1) What special quality does the north have that enables the holiest sacrifices to be prepared there to be burnt-offerings? Chazal teach us in many midrashic statements that the north symbolizes the evil that exists in the world.

"G-d created four directions in the world. North -- from there the darkness goes forth to the world. The darkness has ramifications:

"G-d created the northern corner but did not finish it ... There is the dwelling for demons and monsters, for spirits and shedim, and for lightning and thunder." (Midrash Tadshei 2)

"May my utterance flow like the dew -- This refers to the northern wind that cheapens the gold." (B.B. 25a) Rashi explains that it heats and causes draught, bringing hunger, making gold cheap. Heat also signifies punishment in Gehenom and the Judgment Day of G-d, "Behold, the day is coming, burning like an oven." (Malachi 3:19)

The Ramban, in his commentary to cheit ha'egel, explains the concept of the north (Shemot 32:1): "The destruction and desolation of the world come from the north, as it says, 'From the North the evil will be released' ... because the attribute of justice comes from the left to repay 'all the inhabitants of the land' according to their evil." R. Bachya similarly writes, "According to the Kabbala, north is the attribute of gevura (might)."

This notion is founded on the assumption that a person faces eastward. >From here the word "kadima" (forward) -- towards the sun, the sunrise, the light and the positive, while turning our backs to the sunset, the night and the darkness -- the west. In this state, the person's right hand, which draws close, is to the south, and the left, which distances, is to the north. Therefore, in the Temple, the Menorah -- the symbol of spirituality -- was in the south (to the right), whereas the Shulchan (Table) -- symbol of the material -- was in the north (to the left). This is the basis of R. Yitzchak's statement, "One who wants to become wise should go south; to become wealthy should go north. The sign is that the Shulchan is in the north and the Menorah in the south." (B.B. 25b)

The North is the source of the bad and evil because there dwells darkness, there dwells the attribute of the left, of gevura, of justice. Therefore, the sin of the golden calf also came from the northern left, as the Ramban writes, "In the vision of the chariot [of Yechezkel] it says, 'an ox's face to the left.'" The category of damages, "ox," comes from the "sitra" (side) of the left and of justice. It is on the north in Yechezkel's vision, and it stands at the root of the sin of the golden calf.

R.S.R. Hirsch, in the beginning of his commentary to Vayikra (1:5), deals at great length with the concept of the four directions:

All kodshei kodashim ... have to be placed on the north side, the side of the "material-sensuous." There the animal life, the life of living for oneself, has to be ended by shechita; there the entry into the higher existence of the Sanctuary begins through receiving the blood ... The cessation of the uncontrolled selfish life of the senses, and its being accepted under the guidance of the Sanctuary of the Torah, is the preliminary condition for being raised out of every moral deficiency. The "slaughtered one" awaiting resurrection to a higher moral life is first brought to the north, under the rays of the enlightening of the mind. On the pasuk, "I will distance the northern one ("tzefoni") from you" (Yoel 2:20), Chazal say, "This refers to the evil inclination which is hidden ("tzafun") and stands in a person's heart." (Succah 52a) If we will know how to overcome the "northern one" which is hidden in us, we will prevent, "From the North the evil will be released." R. Yaakov Emdin similarly writes in his Siddur, Beit Yaakov, "On the northern side, before Hashem -- so that the attribute of justice is subordinated before the attribute of mercy." 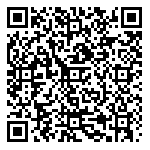