The Halacha Eluded Him

After Moshe taught Bnei Yisrael the laws of inheriting the Land, that the sons inherit their fathers, "according to the names of their fathers' tribes" (Bamidbar 26:55), the daughters of Zelophchad, who died in the desert without sons, come before him and argue: "Why should our father's name be omitted from among his family because he had no son? Give us a possession among our father's brothers." (Bamidbar 27:4) Moshe did not know how to answer their question, and so the Torah notes, "Moshe brought their claim before Hashem." (27:5) Rashi quotes the Gemara's statement (Sanhedrin 8a): "The halacha eluded him, and here he was punished for having taken the supreme authority and saying, 'Any matter that is too difficult for you, you shall bring to me and I shall hear it.'" (Devarim 1:17)

In the beginning of Sefer Bamidbar we find an additional case in which Moshe was unable to respond to a question that was directed to him. This was the issue of "pesach sheni." People who were defiled, and could not fulfill the mitzvah of the Paschal sacrifice, came and demanded, "Why should we be diminished by not offering Hashem's offering in its appointed time among Bnei Yisrael?" (9:7) Moshe did not know what to answer, so he said to them, "Stand and I will hear what Hashem will command you." (9:8) Here, as well, Rashi cites the Gemara Sanhedrin: "As a disciple who is sure to hear from his teacher. Fortunate is the person who is thus assured, that whenever he wants to -- he would speak with the Divine Presence."

The question is, why does the Gemara react in such a different manner to such similar cases? In both cases Moshe does not have an answer for the question that he is asked. In the case of the daughters of Zelophchad, the Gemara sees this as a punishment for Moshe for his "haughtiness" when he said, "Any matter which is too difficult for you, you shall bring to me," whereas in the case of pesach sheni the Gemara infers Moshe's greatness in that he is always sure that G-d will answer him  -- "Fortunate is the person!"

We must emphasize that this question is not really on the Gemara. The question is on the Torah itself, since the Gemara bases itself on pesukim. Regarding pesach sheni the Torah indicates Moshe's great level, that he can say, "Stand and I will hear what Hashem will command you." He does not tell them to come back in a week, and maybe by then he will succeed in contacting G-d, but rather, "Stand and I will hear" -- "Wait one moment and I will return to you," because he is sure that G-d has all the time in the world for him. In the case of the daughters of Zelophchad the Torah uses the phrase, "Moshe brought  their claim before Hashem," which is reminiscent of the expression "bring to me." Thus, the question is essentially why the Torah did not say regarding pesach sheni "Moshe brought their claim," and regarding the daughters of Zelophchad, "Stand and I will hear?"

When teachers are asked if a teacher is allowed to say, "I don't know," almost all of them answer affirmatively -- certainly; the teacher is also only human; this indicates modesty; "Be used to saying, 'I don't know'"; Rashi also writes  "I don't know?"; and similar answers. There seems to be a lot of sense to these answers, but, as we will see, they are not so simple.

The answer to our previous question, what is the difference between pesach sheni and the daughters of Zelophchad, is simple. Let us examine the two questions that Moshe was asked:

In the case of pesach sheni, Moshe was asked to add a new holiday for those who did not offer the Pesach at its proper time. Moshe is not expected to know how to answer such a question. He does not have the authority to create new holidays, and there is a rule that contradicts the request for a pesach sheni -- "When its time passes -- its sacrifice is annulled." G-d's answer, in which He agreed to a pesach sheni, is quite surprising. If someone was sick on Yom Kippur and didn't fast -- is it conceivable that when he returns to his health he should have a "private Yom Kippur?" Only G-d can decide that because these people displayed extraordinary love of the mitzvah, they should be given a reward -- the opportunity for a second Pesach offering.

However, in the case of the daughters of Zelophchad the question is very obvious. In every place and time there are families of just girls. The wonder is that Moshe himself didn't ask G-d this question, "What happens to the inheritance if there are no sons?" When Moshe taught these laws, he did not come to the lesson properly prepared, as it were, for his great stature! Therefore, in pesach sheni we see his praise, and in the daughters of Zelophchad he was punished for having said, "bring before me" (which is also a "sin" only according to Moshe's great level of humility).

Thus, a teacher may not reach a situation in which he says, "I don't know." A teacher must learn and know. He must prepare the lesson well and be able to answer the students' questions. Only in special cases -- when a question is asked not from the material, or a rare especially smart question -- then, certainly the teacher is also human and must answer humbly, "I don't know; I will learn or ask and will answer you tomorrow. (Even Rashi, who writes, "I don't know," does this rarely. Generally Rashi knows!) 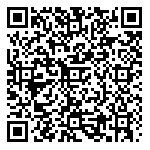