There are two verses in our parsha in which Bilaam compares Am Yisrael to a lion, but there is a difference between the two verses:

Rashi writes on the first pasuk: "Behold! the nation will arise like a young lion and raise itself like a lion: When they wake up from their sleep in the morning they rise courageously like a lion to grab the mitzvot: to wear tzitzit, recite Shema and don tefillin." However, on the second pasuk, "He crouched and lay down like a lion, and like a young lion – who can stand him up?!," Rashi writes: "They will settle in their Land with strength and courage." Why did Rashi change his explanation of the metaphor in the two verses?

Perhaps we can explain that although the young lion and the lion are the same species, and through their strength and courage they both instill fear on all that surround them, there are still differences in their characteritics.

·          The young lion is dynamic, a growing power, bold, poised for any challenge, and unwilling to settle and let pass in silence anything that seems unjust to him.

Therefore, when praising Am Yisrael for the observance of mitzvot, here alacrity is necessary, as Chazal say, "zrizin makdimin l'mitzvot" – waking up early for davening, kriat shema, and donning tefillin. Here we need the power of the dynamic young lion, the growing and swift one: "Behold! the nation will arise like a young lion and raise itself like a lion," as Rashi explains.

However, when discussing the settlement in Eretz Yisrael – when our enemies want to uproot Am Yisrael from its Land – here the Torah compares Am Yisrael to a lion that sits securely and nothing in the world can get him up: "He crouched and lay down like a lion, and like a young lion – who can stand him up?!"

These two issues seem are dependent on one another. The more that Am Yisrael adheres to Torah and mitzvot, the stronger their hold on Eretz Yisrael will be. If the characteristic of the young lion, alacrity in mitzvot, will be strong – then also the characteristic of the lion, who crouches and lies in Eretz Yisrael, will be strengthened. No enemy will be able to uproot us from the land promised to us from the days of our patriarchs – Avraham, Yitzchak and Yaacov, as the Torah promises in Parshat Bechukotai: "If you will follow My decrees and observe My commandments and perform them ... you will dwell securely in your land." (Vayikra 26:3-5)

In these days, in which our enemies surround us on all sides, and kill men woman and children of ours, and their sole purpose is to steal the inheritance of our fathers and to weaken our grasp in the holy Land – this is the time to strengthen the power of Torah and mitzvot greatly – as per, ""Behold! the nation will arise like a young lion," and then we are promised that nothing in the world will be able to uproot us from this land – as per, "He crouched and lay down like a lion, and like a young lion – who can stand him up?!" 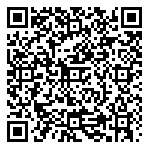