Techelet as a Reminder of G-d's Mitzvot

"They shall place upon the tzitzit of each corner a thread of techelet ... that you may see it and remember all the commandments of Hashem." (Bamidbar 15:38-39)

The idea of tzitzit is explicit in the Torah: to remember all the mitzvot of Hashem, as the Sefer Hachinuch explains (Parshat Shelach): "There is nothing better for remembering than to carry the seal of one's Master affixed to the clothing that one always wears, and his eyes and mind are on it all day."

We will try to resolve these well-known questions in a novel manner of remez. (Some of the ideas were suggested in a shiur by Rav Mordechai Elon shlita.)

In the famous piyut of Purim, we say: "Shoshanat Yaakov was joyous and happy when they saw together the techelet of Mordechai." The name, Yaakov, alludes everywhere to suffering and exile (cf. Ramban Bereishit 46:2). Indeed, despite the victory of Purim, Am Yisrael is still in exile, and "we are still slaves of Achashverosh." What, then, is the great joy of Purim?

Furthermore, how come seeing the clothes of Mordechai arouses that joy? The great miracle of the victory against the ten sons of Haman, who were hanged, and rest of our enemies – would this itself not arouse the joy?

Moreover, why is the techelet, in particular, mentioned here? Mordechai walked away from the king with five garments: "Mordechai left the king's presence clad in royal apparel of techelet and white ... and a robe of fine linen and purple." (Esther 8:15)

Since we are not dealing with Purim now, let us mention one other concept which indirectly relates to this issue, that of keter (crown), and then return to our issue of techelet.

This word in its simplest form appears in the entire Tanach only three times, and, surprisingly, all three are in Megillat Esther. There seems to be an allusion here that the whole idea of Megillat Esther is the revelation of the hidden. From the darkness and the troubles, and through the string of events that seems, at face value, so by chance – in the end it becomes clear that all is directed and guided from above. Hashem's name is not mentioned explicitly in the Megillah, but Chazal teach that every mention of melech in the Megillah alludes to the King of the Universe.

Perhaps the 'crown' of the king alludes to this idea, since the Hebrew meaning of the word 'keter' is 'circling around.' Only when seeing the entire issue all around can we perceive the king, who hides under his crown. Similarly, when even one small jewel is missing from the crown – the entire ornament is damaged. So, too, regarding the King of the Universe, each and every detail is part of a great process, and it is impossible to forego any stage along the way.

In Aramaic, the meaning of the word is 'waiting' (cf. Ralbag to Iyov 36:2). Here, too, this meaning is relevant, since in order to see the way of G-d's direction of the world, it is necessary to be patient and to wait. Only after some time (short or long) is it possible to begin to understand the way of Divine Guidance. This is the principle of the crown, and this is the overall lesson of Megillat Esther.

The techelet in the Megillah and in tzitzit alludes to this same idea, as the Ramban writes: "The remembrance is the string of techelet, which alludes to an attribute that includes everything, which is bakol, and it is the purpose of all, and therefore it says, "Remember all..." – which is the mitzvah of Hashem." (Bamidbar 15:38)

The Ramban goes on to explain, based on this, Chazal's comparison of the techelet to the sea and the sky, since these things – if we look at a small part of them, we will not see the color at all, and only the entirety of the sea and the sky appear in the color of techelet. This teaches that in order to perceive, even slightly, the Throne of Honor, it is impossible to doubt this detail or that, and things are judged in their entirety. (As an allusion – the word techelet begins and ends with the letter tav, which is the end and the entirety of all the letters, and between these letters is the word kol, which alludes to this same idea.)

Based on this, we understand the idea of Purim. Even though Am Yisrael is still in exile, in the aspect of Yakov, still Am Yisrael merits a one-time light, which allows it to feel the existence and guidance of G-d through the entirety of events, and even troubles. Yet, in the end of the story, it becomes clear that each and every previous detail had a role and a cause in completing the picture. Therefore, there is room for great joy in the clear perception of Hashem's guidance, and this is alluded to by the techelet. Therefore, specifically "bir'otam yachad" –together – and specifically, "the techelet of Mordechai." This is also the idea of tzitzit in general, and of the techelet, in particular – to remember all the mitzvot. Just as through the techelet we perceive that G-d guides the world in every stage, and in each detail and at all times, so, too, it is incumbent upon us to observe each and every detail of the mitzvot that G-d Himself commands us.

This is also the idea of keter, that with a change of order spells karet – separation and detaching, but in proper order has the meaning of wholeness and entirety. It also alludes to the 613 mitzvot together with the seven mitzvot of bnei Noah, which add together to 620 – the gematriya of 'keter' malchut. 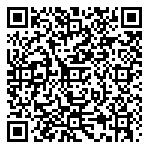