The Power of Sadness

The entire assembly raised up and issued its voice; the people wept that night." (Bamidbar 14:1) Rashi writes: "The entire assembly – the Sanhedrins." This pasuk, like many other verses in the Torah and the rest of Tanach, does not draw much attention. However, our Holy Torah ­– which is a Torah of Truth, written from a pure and holy source – does not write letters or words, and definitely not verses, for no purpose. Every pasuk contains a hidden treasure – a treasure with seventy facets of the Torah's "Pardess," and we our obligated to plumb its depths.

Let us look a little deeper. When the ten tribal leaders, great Torah scholars, present the Holy Land as "A land that devours its inhabitants" (Bamidbar 13:32), without getting into the reason for this perception, it is clear that only a fool would be unafraid to enter the land now. Even when Moshe and Aharon try and stem the tide of fear by tearing their clothes in protest, they have no effect. The nation knows that seeing is better than hearing.

Even when Yehoshua and Calev, "the spies of the Land" (14:6), who also saw with their own eyes, speak in praise of the Land – there is no significant success.

Seeds of hopelessness and despair can be seen here. The impact of these seeds, which eventually develop into a mature tree of the deepest despair, can only cause us to wonder. They are what ultimately caused the destruction of the First and Second Temples, which has yet to be rebuilt even as we are writing this.

All this is encompassed in one word, which contains in it deep meaning: "vayivku – The people wept."

When sadness overtakes a person, he despairs of his life. He feels no point in studying Torah and performing mitzvoth, and no logical reasoning will be able to convince this person who is in deep depression to continue in his regular routine.

This is not the case when a person is happy with a mitzvah, happy for being alive, for being healthy and whole. Even if the person is not completely healthy he knows that: "Whatever Hashem does, it is for the best," and: "It can always be worse."

Therefore, it can be understood why the nation said: "Let us appoint a leader and let us return to Egypt." (14:4) This is seemingly, total foolishness. Furthermore, it says in Shemot: "Bnei Yisrael were Chamushim." (lit., armed) Chazal teach that only a chamishit (fifth of the nation) departed Egypt. They were the ones who believed in Hashem, Who split the sea for them, and gave them the Torah. They were the spiritually enlightened generation; even the lowliest among them witnessed things that the prophet Yechezkel never merited. Did they really wish to give all this up? Moreover, for what? To return to the place where they escaped from, the place where they are hated to death – Egypt?!

However, based on what was previously said, the nation's desire to return to Egypt can now be understood. Sadness that causes despair will ultimately cause a person to lose hope and not see the light at the end of the tunnel. This is true even when it is clear and obvious that Hashem is with him and helping him every step of the way. Even when there is solid proof that there is no need to worry – in the form of Moshe, Hashem's chosen. In the moment of despair everything is uncertain.

Therefore, they asked to return to Egypt – to the place where they wallowed in the forty-nine levels of impurity. The fiftieth level is the level of despair, as R. Moshe Chaim Luzzato writes. There is seemingly no reason for a person who has reached the forty-ninth level to attempt and climb out. He has fallen to the lowest levels, so why not give up? He has already reached almost the bottom and what harm can one more level possibly do?

However, this is the fundamental teaching of the Jewish nation – that even when you have hit rock bottom, you should still remember: "There is no reason in the world to despair." There is still virtue in not entering the fiftieth level, because the moment Am Yisrael reaches that level, then, Heaven forbid, there will be no redemption for them.

A great rabbi once said: Sadness is not a sin, but where sadness can lead to – no sin could ever possibly lead!

Happiness is not a mitzvah per se, but where happiness can lead to – no mitzvah could ever possibly lead! 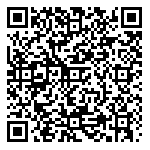