Make for yourself two silver trumpets - make them hammered out, and they shall be yours for the summoning of the assembly and to cause the camps to journey.

The Midrash Rabbah on the pasuk, "Make for yourself two silver trumpets" states:

"Make for yourself" – For yourself make, and not for another. You use them, and another does not use them. Even Yehoshua, Moshe's disciple did not use them, but rather shofars ... Not only Yehoshua, but even Moshe Rabbeinu – while he himself was still alive, they were hidden away.

Why were the trumpets used only during Moshe Rabbeinu's period and not during Yehoshua's period? Why did Yehoshua need to use specifically shofars?

It is a positive commandment from the Torah to cry out and sound the trumpets over every trouble that may come, as it says: "Against an enemy who oppresses you, you shall sound short blasts of the trumpets"...

This is part of the Teshuva process, that when trouble comes and they cry out and sound the trumpets, everyone will know that because of their evil deeds they were harmed, as it says, "Your sins have overturned" etc'...

During these fast days, they cry out in prayer and plead and sound only the trumpets. If they were in the Temple, they sound the trumpets and the shofar.

The Rambam distinguishes between the Temple and the rest of the country. Everywhere else, during a time of trouble only the trumpets are sounded, while in the Temple both the trumpets and the shofar are sounded. What does this mean? What is the conceptual difference between a trumpet and a shofar?

A trumpet is something that is made by man. Never has a person dug in the ground and discovered a whole trumpet ready for use. Instead, a person has to take raw material and shape it in order to create the instrument. In contrast to this, the shofar is made by Heaven. The instrument stands prepared on the head of the ram. It is already made, and all that man has to do is cut it, brush it and prepare it for sounding.

Another difference between the shofar and trumpet: The mitzvah of the shofar is to hear it, whereas the funtion of the trumpet is to make noise, to sound the blast in time of trouble.

The Rambam writes that at a time of trouble the trumpet is sounded so that people will know that this trouble came upon them because of their evil deeds. Just like man builds and forms the trumpet, so, too, a person should feel that he is a broken instrument that needs to be rebuilt – to repair his spiritual ruins. In contrast, the shofar that is blown on Rosh Hashana comes to awaken a person from his slumber, so that he will prepare himself as a receiving vessel for the spiritual bounty of Hashem and thus become even closer to Hashem.

We now understood why elsewhere only a trumpet is sounded during a time of trouble, while in the Temple they sound also a shofar. Outside of the Temple, it is the trumpet that is supposed to repair the ruins of sin. However, the Temple is the place not only for repairing the ruins, but also for receiving spiritual bounty at the same time.

Accordingly, we can understand the difference between Moshe's period and Yehoshua's period. In Moshe's period the nation was created. We were transformed from the slaves of Pharaoh into the slaves of Hashem. This situation is similar to a trumpet, when a person transforms from raw material into an instrument that is used for service. However, during Yehoshua's period – the generation of those entering the land, the nation was already bonded and unified, and all they needed was to prepare them to enter Eretz Yisrael. Here the shofar is sounded, because it is a ready-made instrument that needs only to be made fit for sounding.

The consolation of the end of days, when the redemption of Am Yisrael will arrive and the Temple will stand once again, is that there will be happiness and renewal. This is alluded to by the pasuk: "On a day of your gladness, and on your festivals, and on your new moons, you shall sound the trumpets." This is the reconstruction of Am Yisrael during the redemption period. Then the sound of the shofar, the Mashiach's shofar, will be heard calling to all those who are lost or cast away from the way of Hashem, as the prophet says (Yeshaya 27:13):

It shall be on that day that a great shofar will be blown, and those who are lost in the land of Assyria and those cast away in the land of Egypt will come [together], and they will prostrate themselves to Hashem on the holy mountain in Jerusalem. 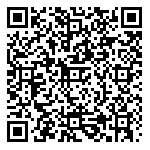