The Seven Lamps Shall Cast Light

Furthermore, what does the Torah mean, "Toward the face of the Menorah shall the seven lamps cast light?" (Bamidbar 8:1) The "face of the Menorah" is the middle branch, so it should have said, "the six lamps." Sforno comments that we are not talking about physical light, but about the Divine influence and guidance in the way of Torah, in the spiritual sense.

The lamps are the symbol of Klal Yisrael. The right lamps symbolize those who deal with eternal life, and the left lamps symbolize those who deal with present life. Both these and those, when they intend toward the middle branch – which symbolizes service of Hashem and doing His will – "shall the seven lamps cast light." All the lamps will cast light and draw a Divine light on Israel, through a sense of partnership and unity between all the parts of the nation. When all work toward a single joint goal, which is to bring out G-d's will in Creation, then each one completes the other through his service, and thus they bring out G-d's light in the world. This is what it says at Matan Torah: "The entire people responded together and said, 'Everything that Hashem has spoken we shal do'" (Shemot 19:8) – i.e., between us all we will fulfill G-d's intention.

This idea is explicit in the Gemara (Chulin 92a):

R. Shimon b. Lakish said: This nation is compared to a grapevine. Its vines are the landowners; its clusters [of grapes] are the talmidei chachamim; its leaves are the common people; the knoknot are the empty ones of Israel. This is what they sent from there (i.e., from Eretz Yisrael to Babylon), "The clusters should pray on behalf of the leaves, because without the leaves the clusters would not endure." [The leaves of the vine bear the wind and protect the clusters.]

In Zephaniah's prophecy about the redemption, it says: "I will search Yerushalayim with candles." (1:12) Chazal comment in the Pesikta:

Israel said: Master of the Universe! You say that will search Yerushalayim with candles? You promised us through the prophets: "The sun will no longer be for you the light of day ... Hashem will be an eternal light for you." (Yeshaya 60:19) It also says, "Arise! Shine! For your light has arrived, and the glory of Hashem shines upon you" (60:1), and You say "I will search Yerushalayim with candles?"

Hashem said: What you think is not so. Rather, just as I showed Zechariah the vision of the Menorah, "Behold! A Menorah [made entirely] of gold" – this is Knesset Yisrael; "You are entirely beautiful my beloved, and there is no blemish in you."

The sefer, "Eim Habanim Semeichah" explains that G-d answers: "I will search Yerushalayim with candles" refers to the candles of the Menorah, which symbolize the unity of Am Yisrael – between all its various parts. When all will be joined for one common goal, then "You are beautiful, my beloved," and Knesset Yisrael is the Menorah entirely of gold. When there is unity in Am Yisrael, this is the key to the redemption. Thus, we will merit fulfillment of the promise, "Arise! Shine! For your light has arrived, and the glory of Hashem shines upon you." 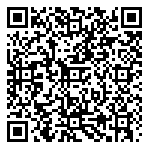